Game Over Man!! Game Over!

Readers who have been paying attention will remember that at the start of the year (which was only a month ago), I made some gaming resolutions, two of which were:
Despite an initial shortfall due to purchases at Vapnartak and freebies from Wargames Illustrated, these both still seemed achievable.
However, today a parcel arrived.
A large and heavy parcel.
This was due to my drunkenly entering a Facebook competition around New Year to put a funny caption to the cover image of Prodos Games new expansion to their AVP: The Hunt Begins game, AVP: Hot Landing Zone.
I added a couple of innane comments to the massive list of entrants and thought nothing more of it. 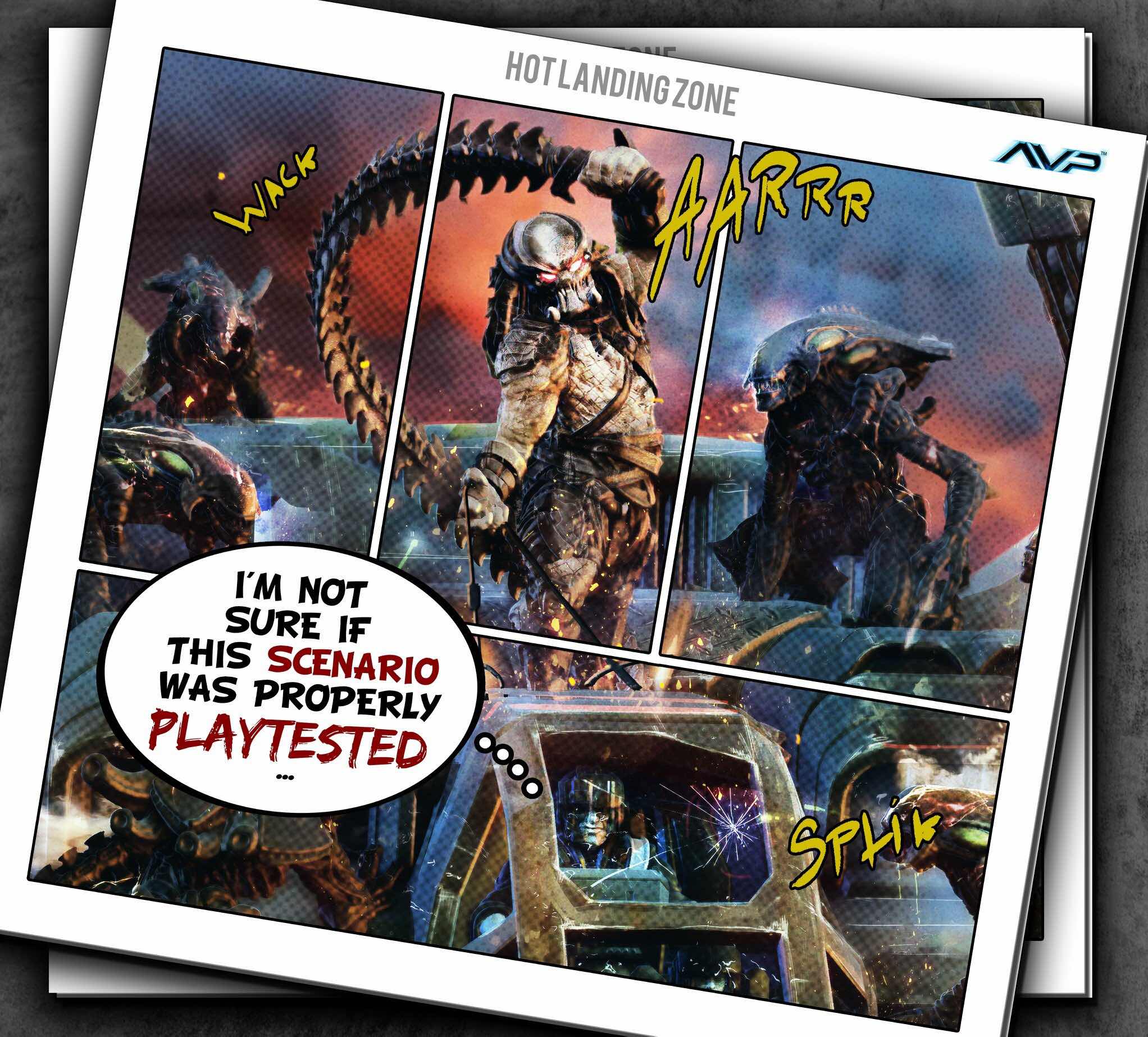 Well, it turns out I’m a comedy genius and I won (no, I don’t think it’s that hilarious either, but clearly Prodos Games did) and lo and behold I am now the proud owner of AVP: The Hunt Begins, AVP: Hot Landing Zone and the clear plastic predator models. 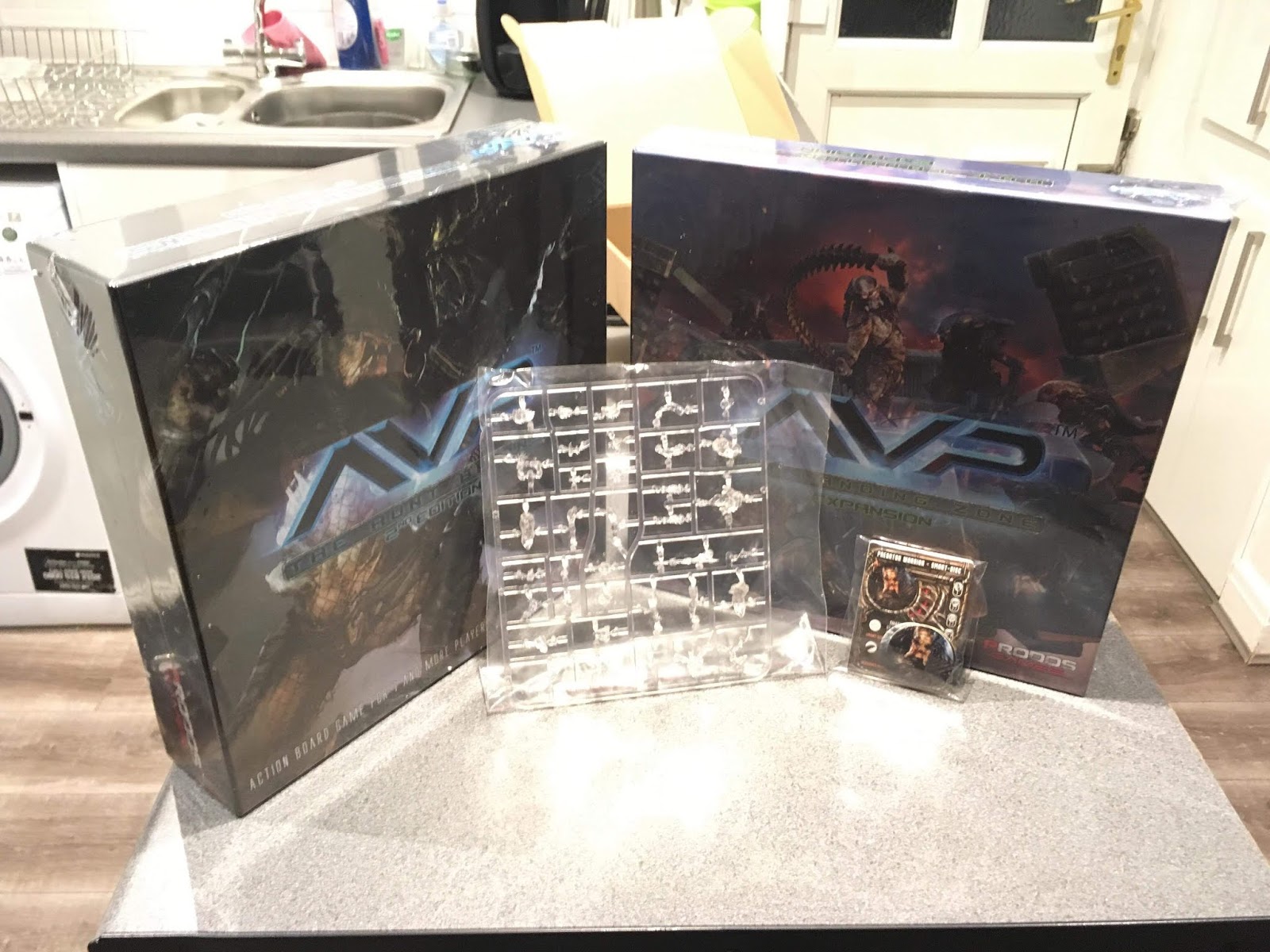 So much for ‘no new games’.
However, it would be churlish to look a gift horse in the mouth and so a merrily cracked open my new acquisitions to see what I’d got my hands on. 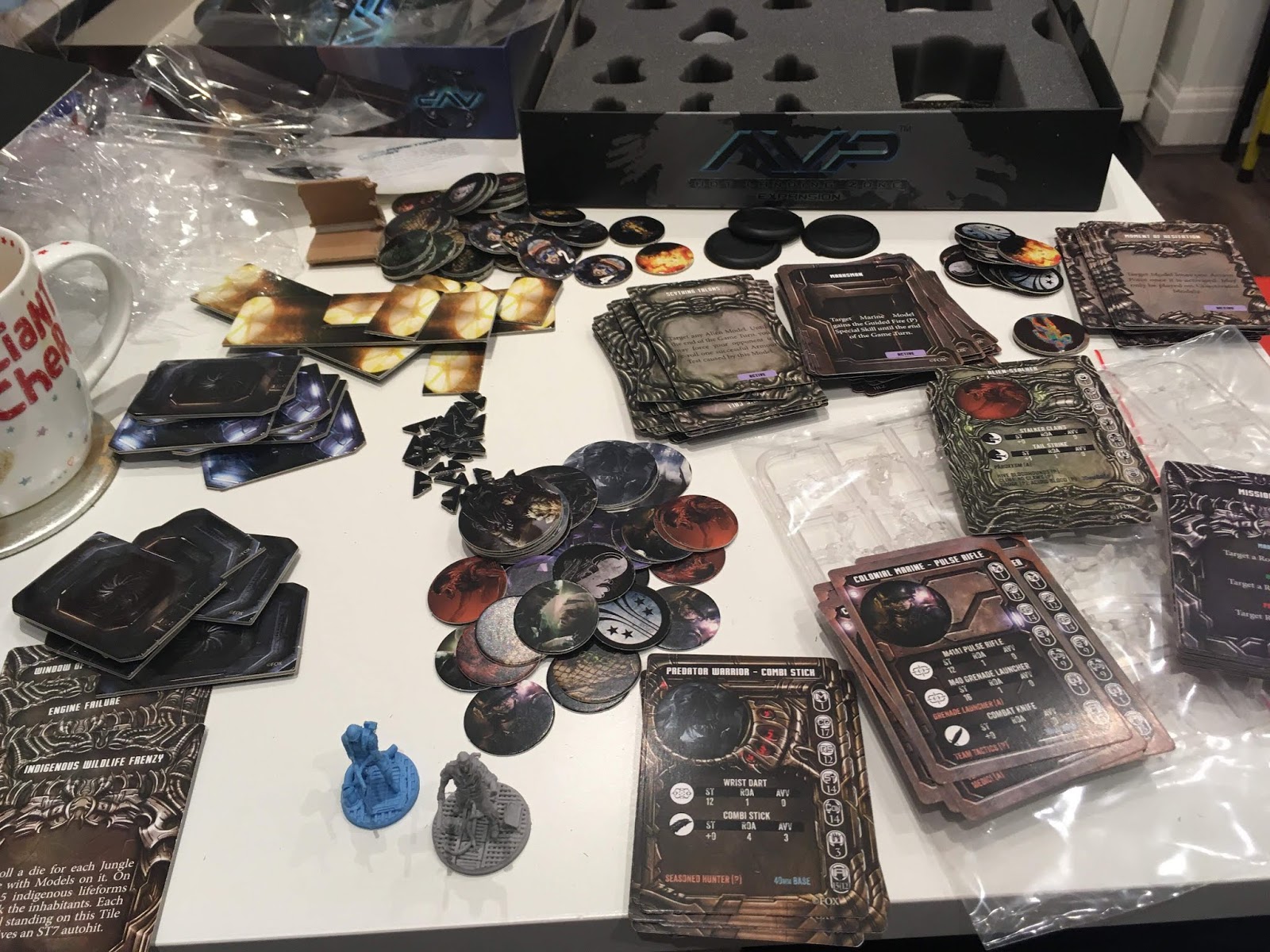 As with many games like this, I now have a whole bunch of interlocking board sections, which could be useful for all kinds of scenario and settings.
Admittedly the alien goop and Weyland Yutani iconography on many of the board sections are a bit of a bind, but they are good quality.
The box itself has a neat storage feature of a foam tray for the miniatures (yes, I’m well aware that there are 23 of them), and each hole has an image of the model on the base section which will clearly help with tidying up.
The miniatures themselves are fantastic. They are single piece models in a substance Prodos call Unicast, and the detail is amazing with very little flash.
Take a look at these. 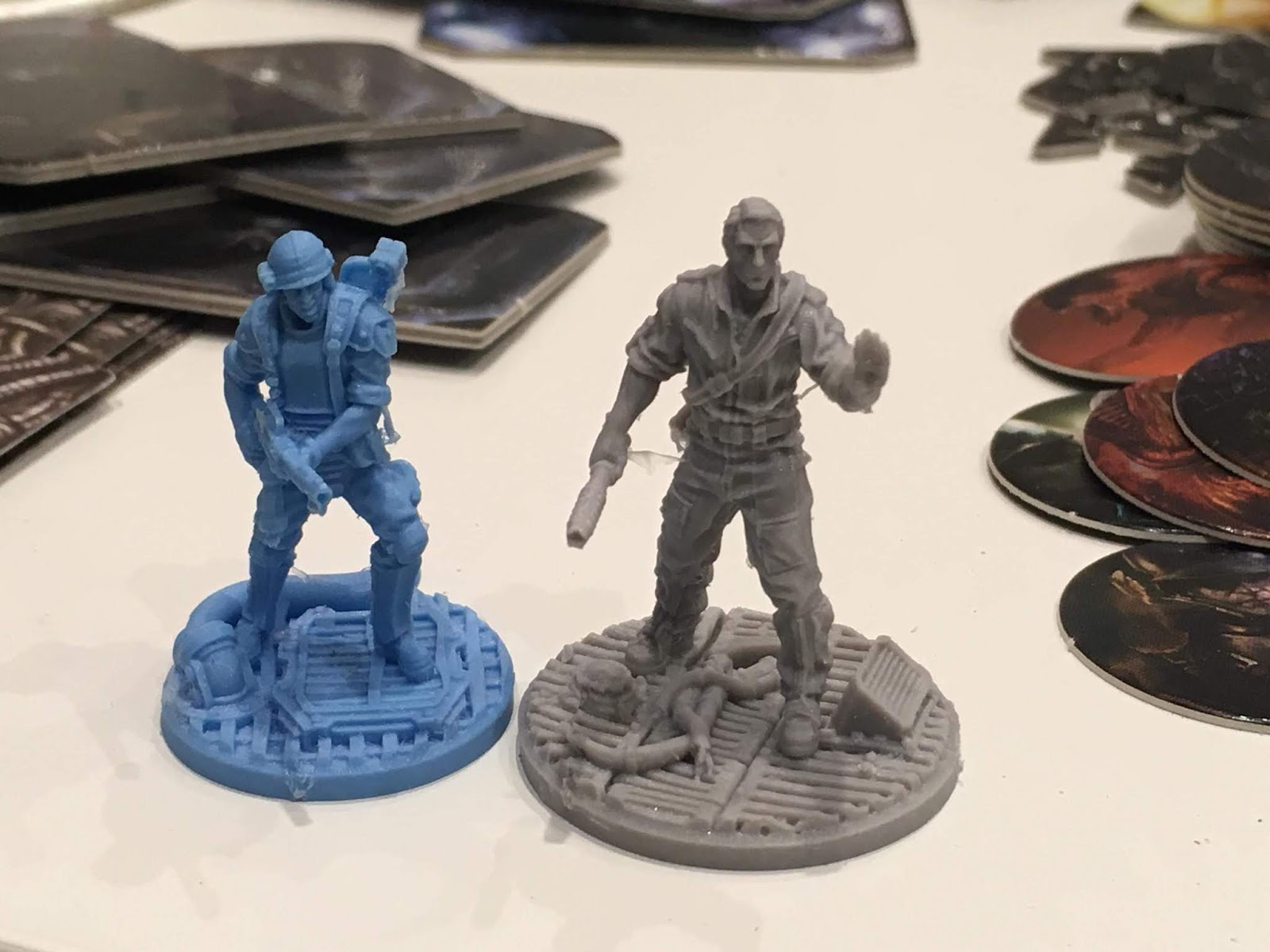 You’ll have noticed by now that, unlike many similar games, there are three  ‘sides’ in the game: the Predators, the Xenomorphs and the Colonial Marines. This could be problematic in a gaming group of between 4-6, but it does make a change from the one vs many games like Imperial Assault and Descent, and so I’m sure I’ll be able to convince someone to give it a try.
AVP: Hot Landing Zone takes the action out of the spaceship and into the jungle, and so I’ve also got a load of jungle boards. I’m not sure the multipurpose potential of these is that high, as I’d prefer 3D terrain for exteriors, but they’re still good quality.
This box also has the handy storage tray for the extra 12 miniatures (that’s 35 so far, if you’re keeping count), which are of a similar high quality, although not making this set coloured like the base set seem a bit of a misstep for people who want to play more than paint.
AVP: Hot Landing Zone adds a Predator Tracker (that’s a Predator that tracks), 5 Xenomorph Spitters (Xenomorphs that spit), a Synthetic (think Ash or Bishop), and 5 Prisoners (similars to the slew of British actors that get slaughtered in Alien 3).
It seems a bit unfair that the other sides get bigger and stronger versions of what they have already, whereas the Marines get reinforcements in the shape of blokes with bits of pipe.
One thing that is a bit of a disappointment is that the scale is clearly different between the two sets and even the bases are different sizes. It’s only really an issue with the humans, but again, seems like an odd decision. I might be tempted to replace the Marines with the first edition models (which are apparently bigger) if it bothers me too much. 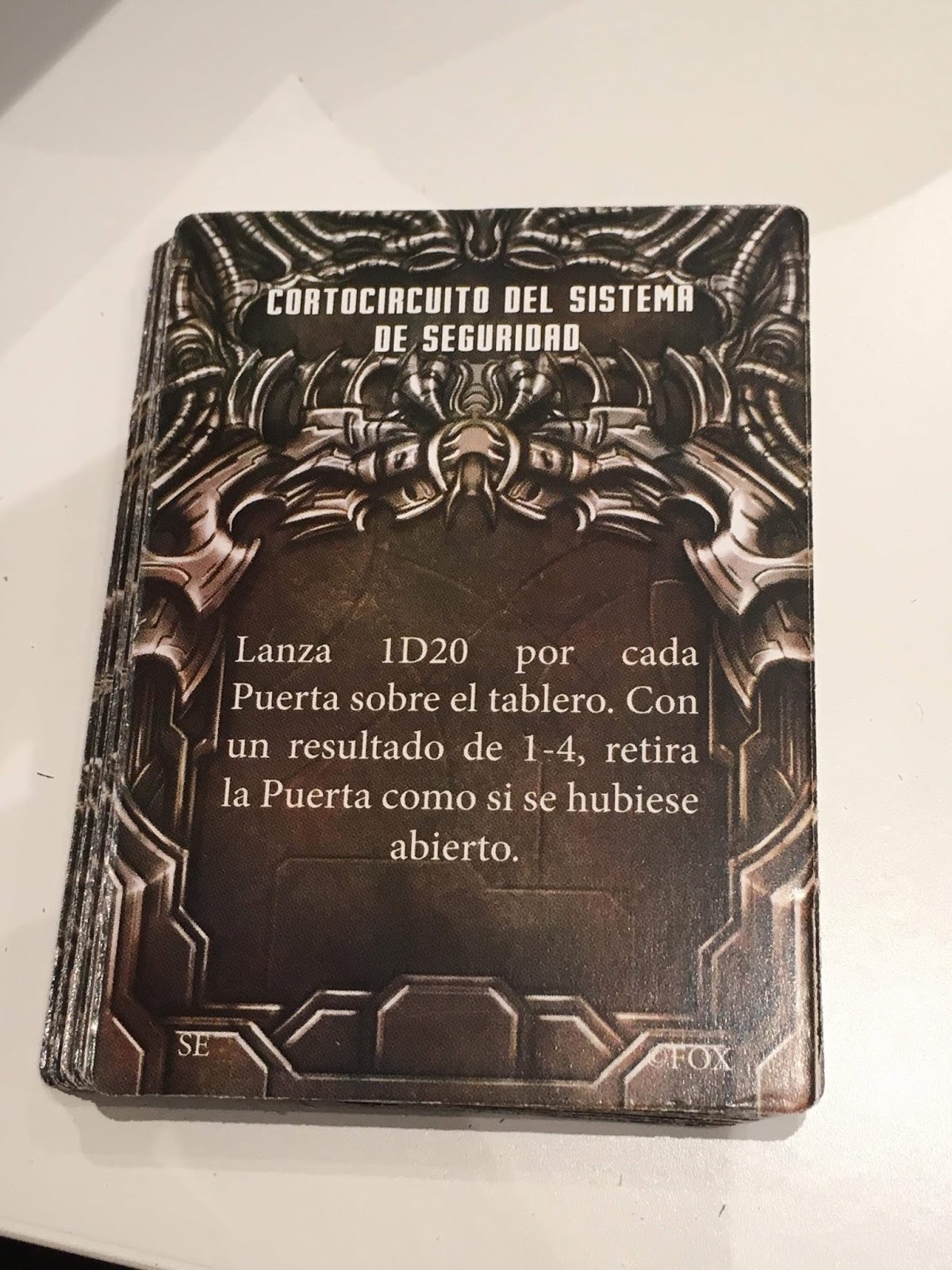 Another slightly odd feature was that one of the decks of cards in the box was in Spanish, but it was packed with other English cards. What’s more, the cards are quite thin and will need some sleeves to prevent them getting dog-eared.
I’m not going to gripe too much about quality control in something I haven’t paid for, but it’s a shame that a game with some really excellent features (like the models) drops the ball like this.
The clear plastic Predators (meant to represent them in stealth model) are surprisingly multi-part sprues that don’t look fun to build as I’ve really gone off this sort of thing. I’ll get round to them when I can get some plastic glue with a brush, as I think I’ll need it.
The clear Predators take the total of new miniatures up to a whopping 38 making my ‘paint more that I acquire’ resolution look somewhat futile.
Painted: 9
Acquired: 56
I would like to point out that I’ve only actually bought 9 of those 56, so it’s not really my fault.
In terms of AVP, I hope to give it a try soon, but I’ll need to sort the Spanish cards out first. However, even if this game doesn’t take hold, I can certainly find use for these models in 7TV; just think of the possibilities...
I’m not sure whether I’ll pick up more for AVP (at least for a while) but if you are interested - even if just for the models, which are excellent - you can pick up almost the whole of Prodos’ range at Outpost Games with the usual 20% off, just follow the link.
Posted by Kieron at 15:06