We come to the end of another successful He-Month, which has not only added another 16 miniatures (almost doubling my collection), but has introduced the Evil Horde, encouraged me to try my hand at sculpting and has completely removed my MotU painting backlog.
I now need to go and buy some stuff for the next one. Therefore, it’s time for a round up and plans for the future with each of the factions. 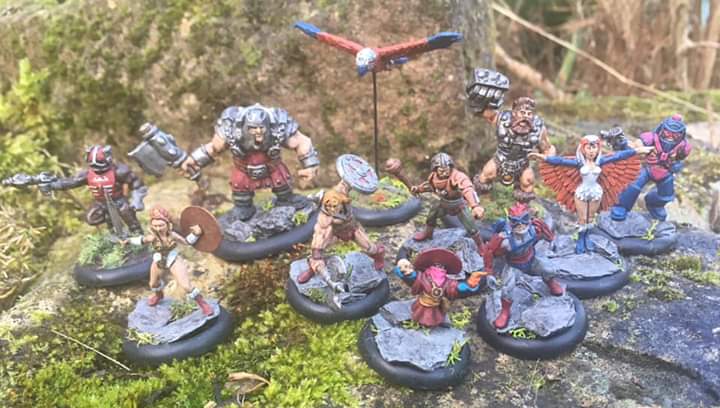 The Heroic Warriors are in good shape and to my mind the only really notable absence is Battle Cat, although that will be remedied fairly soon.
I also want to add Mekanek and Buzz Off as the last of the core characters in the 2002 cartoon, some Palace Guard as cannon fodder, and a vehicle or two, such as a Wind Raider or Sky Sled. I’ve also got my eye on a suitable Moss Man. At that point I’d be happy to stop adding characters. 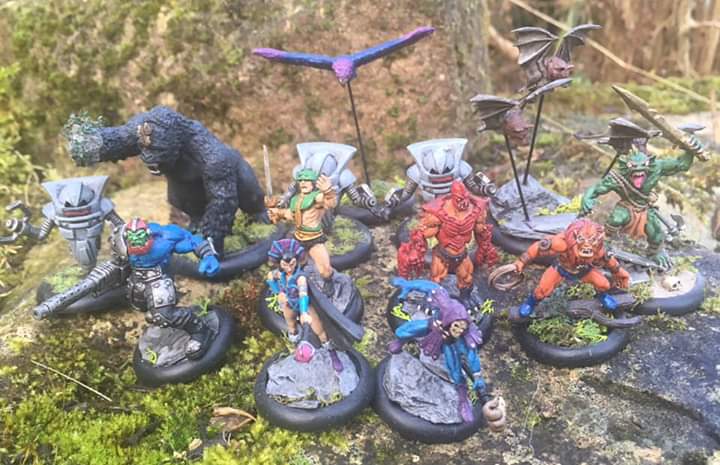 The Evil Forces of Skeletor are also well represented, and back up with monsters and robots.
As with the heroes I have a few characters I want to add, such as Webstor (a particular favourite) and Whiplash. As I’ve decided not to do the Snakemen, I would like to add Kobra Khan to the Evil Warriors. Additionally I want some vehicles, such as the Roton or even the Collector, but that would be big.
Beastman opens up opportunities to for large gribblies in this faction and I have a Griffon in my lead pile that would be more that suitable - I might even get another Beastman to ride it, and assuming I make another order from Quest, I’m likely to replace my Merman proxy. 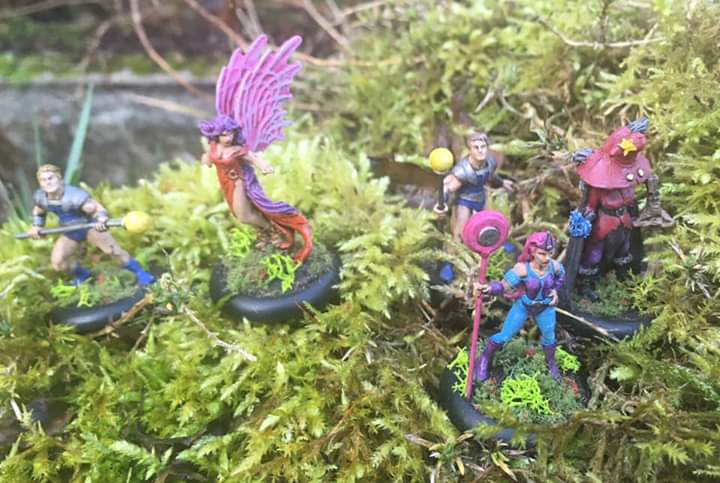 The Great Rebellion are not that great at the moment (a bit like the embarrassing shambles they are in the first episode of She-Ra) and they really need She-Ra to come along and take over. I’ve already spotted how I’m going to create She-Ra, so she’ll be along in in the next wave.
The Rebellion characters seem to hold least interest for the custom sculptors out there, so finding other characters is a bit of a challenge, but the release of the Netflix series at least gives me variant outfits to consider that might open up more options.
However, beyond She-Ra my additions to this faction will depend entirely on what I can find.

Although not much of a ‘horde’ yet, the Evil Horde are in good shape to expand. I’ve already bought an Imp to fight by Hordak’s side, and some Horde Troopers are being designed that I’ll probably buy a bunch of. What’s more, I have a few harpies that can repurposed into Hunga’s Clan to add an an aerial element to the conquest of Etheria.
In an ideal world I’d add Shadow Weaver (you’d think shadowy robed women would be plentiful in fantasy miniature ranges, but they’re not), Entrapta (in her Netflix guise), Leech, Mantenna and even a Horde Tank.
Like with Kobra Khan in the Evil Warriors, I want to put Tung Lashor in the Horde as I had the toy, and despite not being fussed about the character, Ninjor seems too easy an opportunity to pass up as miniature ninjas are ten a penny.
So that’s it for another He-Month. Until next time...
Posted by Kieron at 01:07