After all the excitement of dealing with the space pirates in the first mission, it was time for the crew of the Fortune's Fool to find more work. With Vidar laid up for the next few missions, and I2-T-800 undergoing a full systems check, there were limited interactions in the Axxon Orbital Station.

Noria stayed aboard the ship looking after her husband and training (+1xp). Dash tried to engage in trade but his contact seemed to only want to deal in trinkets that carried no value to the captain. Kyla, always ready to learn, spent time in a bar talking to a retired academic, learning more of the history of Sera (+2xp).

Clanker, meanwhile, scanned the holo-displays looking for work, and so was available when a communiqué came in from Vidar's contact in the Sector Government: a search and rescue mission for a geo-survey team in the jungles of equatorial Sera. The pay was good, and Trillian even said that he might have some information on Vidar's concerns about mining corruption when they returned.

Enemies - 6 Carnivorous Chasers, 1 Krorg (I put the Krorg - a bigger threat - in rather than a pack leader because of the model...you'll see why). 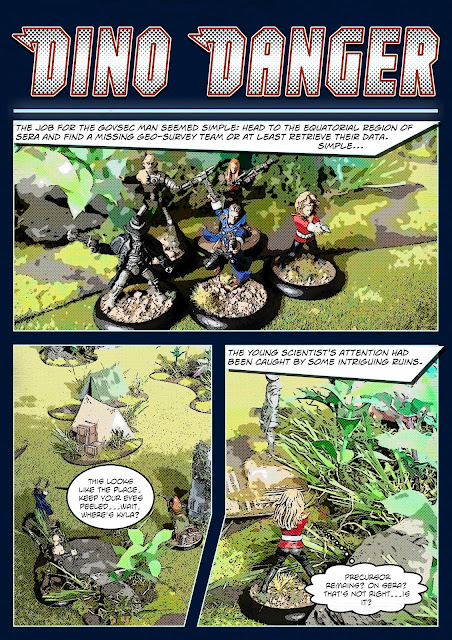 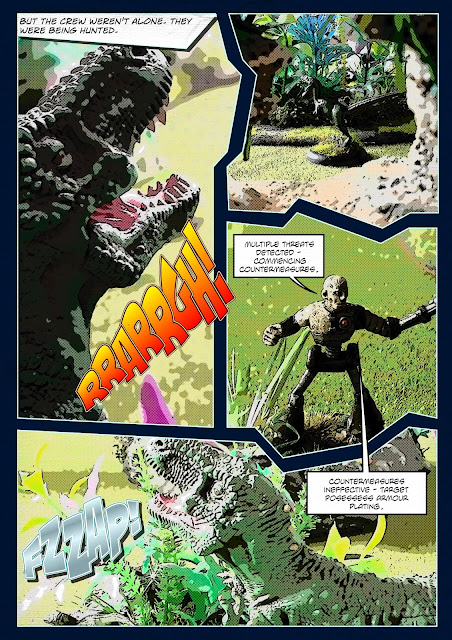 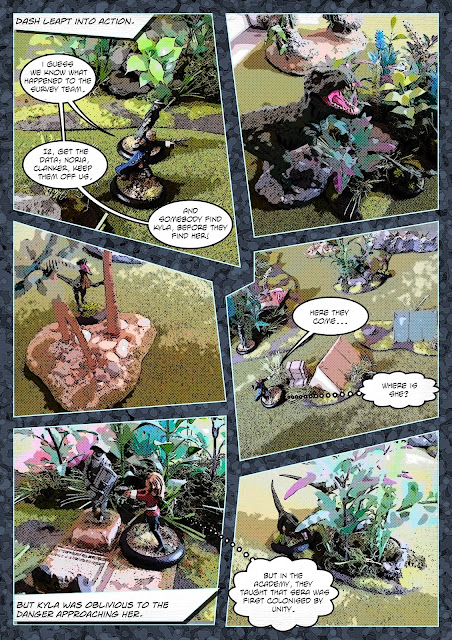 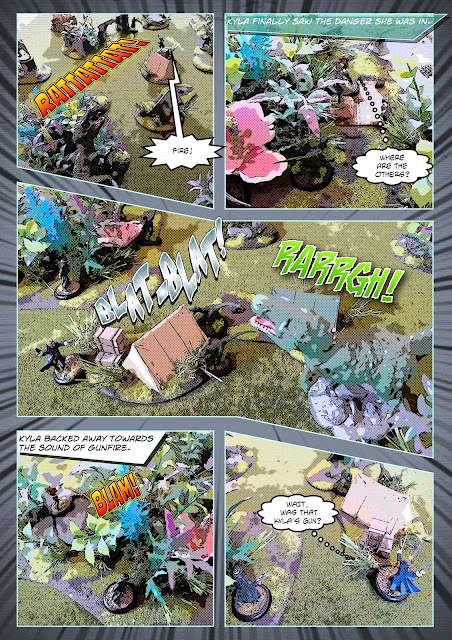 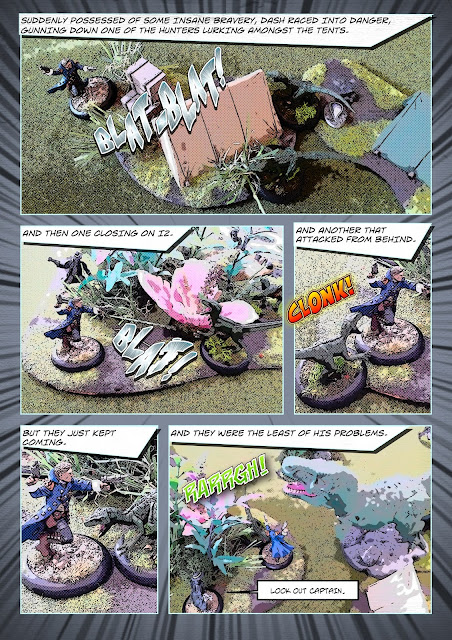 That turned out to be easier than expected, although I was helped significantly by the fact that dinosaurs don't have guns, and Dash Halcyon went nuts on a single turn taking out three Carnivore Chasers in quick succession. Things could have gone bad for him, however, if Noria hadn't managed to drive off (inflict three stuns) the Krorg, as he was on two stuns and the Chasers' Alert rule would have had him acting after the dinosaurs. Actually, that's the second game in a row where Noria has gone 'big damn hero' to end the game and I've failed to get a decent photo of her.
The post game was fairly uneventful, especially as there were no casualties, with Kyla being the only one to cash in XP for an increase (Reactions +1). The Loot table handed the crew a Needle Rifle (which Noria took) and and Alien Merchant stiffed Dash 4 credits for a Machine Pistol..
The biggest news was that Dash was selected for the character event and rolled up True Love. Admittedly, this does give me a Story Point, but more importantly, as I wanted these events on screen, I'm going to have to include the obligatory 'will they, won't they' narrative into future events.
Don't expect anything too smoochy, however, as that would require buying and painting more models.
Posted by Kieron at 01:09