I don't collect or paint Star Wars related miniatures.
I learned when I played both Wizkids' Star Wars Miniatures Game and Fantasy Flight's X-Wing, that this is a rabbit hole that is just too deep. For this reason I have sidestepped both Imperial Assault and Star Wars: Legion.
So when it was announced that the next 7TV day at Board in Brum would be Star Wars themed, I had a problem to solve.
This is my answer... 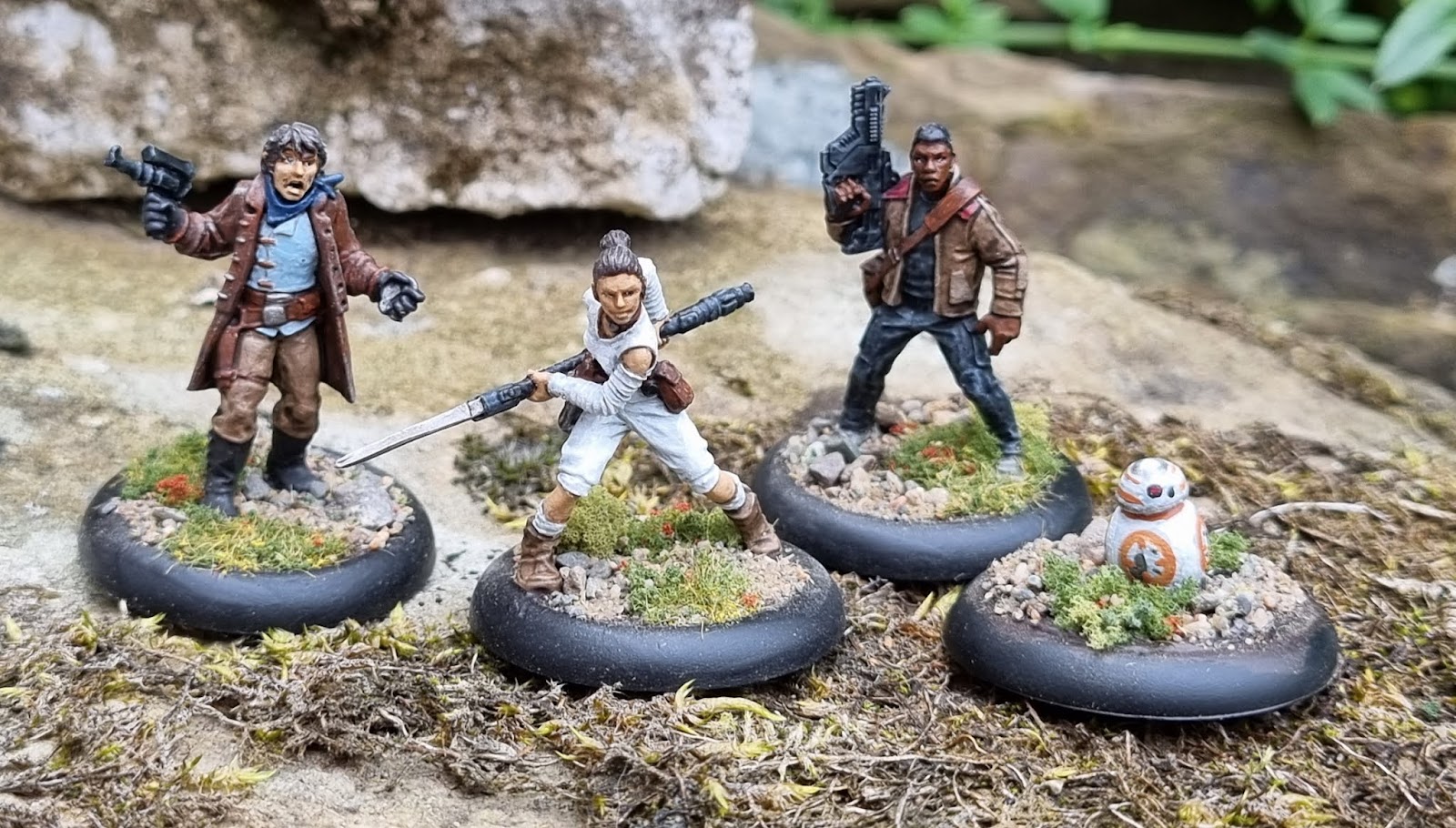 My thinking was that, at the moment, nobody makes a miniatures based on the new films (apart from Hasslefree,who make not-Rey and not-Finn, more on that later). Therefore, if I build a cast based on those films, I can resist the urge to collect all of the Star Wars universe that relates to them because...they don't exist!
I then thought about when in the story to build my cast around to theoretically allow Rey and Finn to adventure together, which really only leaves the space between The Last Jedi and The Rise of Skywalker when the Emperor was playing Fortnite.
This would mean that my cast could include all of the major new characters. They'd be based on Ajan Kloss (hence the foliage on the bases) engaging in stealth missions against the First Order. It also meant that I could potentially leave out Chewbacca and C-3PO, who might be unsuitable on stealth missions, as they are a bit more expensive to procure. 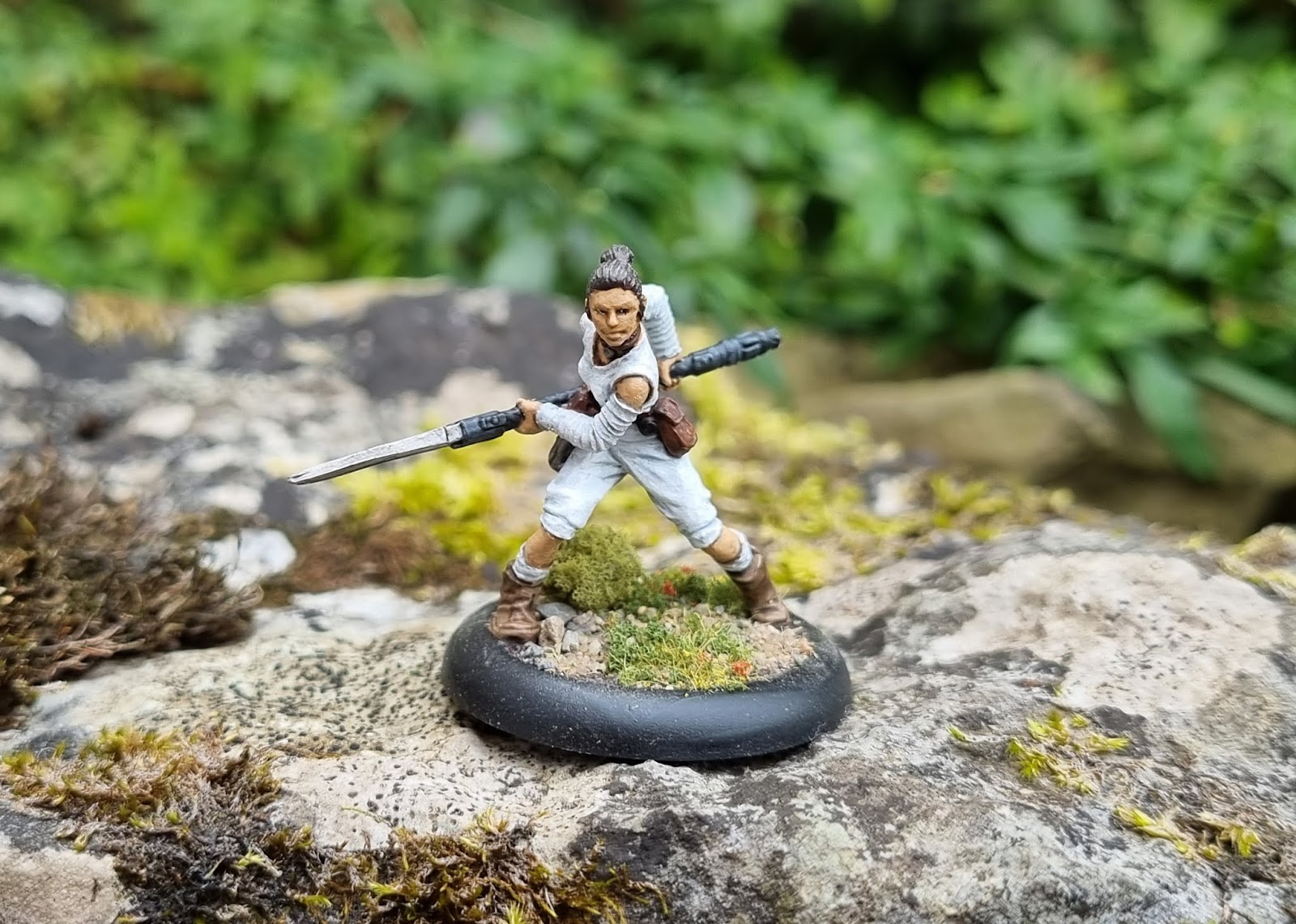 Rey, as mentioned above, is from Hasslefree Miniatures. This means, in case you were wondering, that she will not scale remotely well with Star Wars: Legion miniatures.
The miniature is based very roughly on Rey's outfit from The Force Awakens (which is when the miniature was rekeased), but the necessary points of difference to allow this model to exist fortuitously bring the outfit closer to the costume from The Rise of Skywalker. 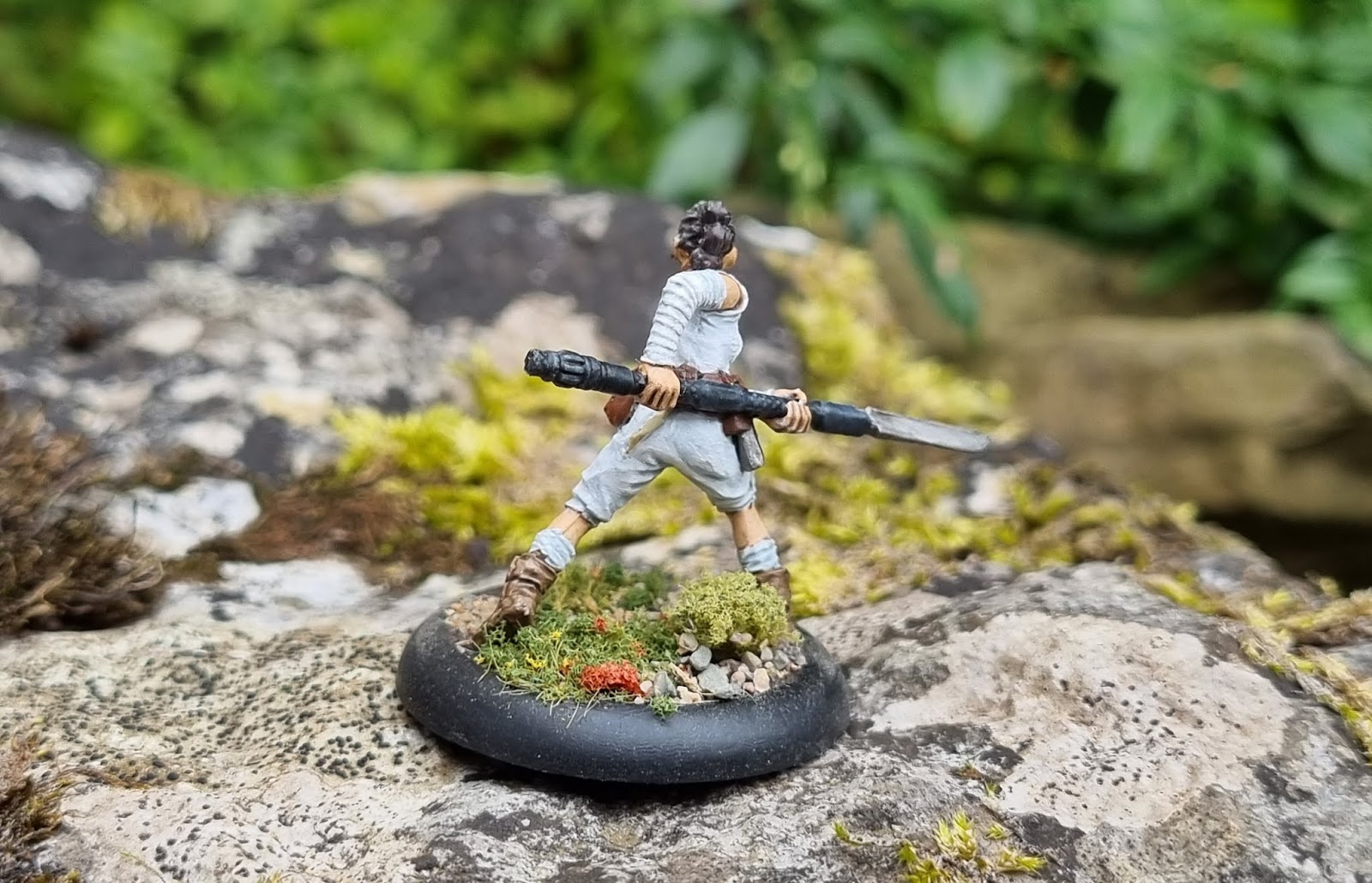 This meant painting her mainly white, which these days means Apothecary White contrast paint over a white base with a white highlight. I was very happy with how this turned out.
I decided to keep the blade (another 'point of difference') as without it I felt the staff was too short, and anything I added would probably be too flimsy. I figure that somebody who is willing to cut Snoke's guards in half with a lightsabre, wouldn't have an issue being a bit stabby when trying to keep a low profile. 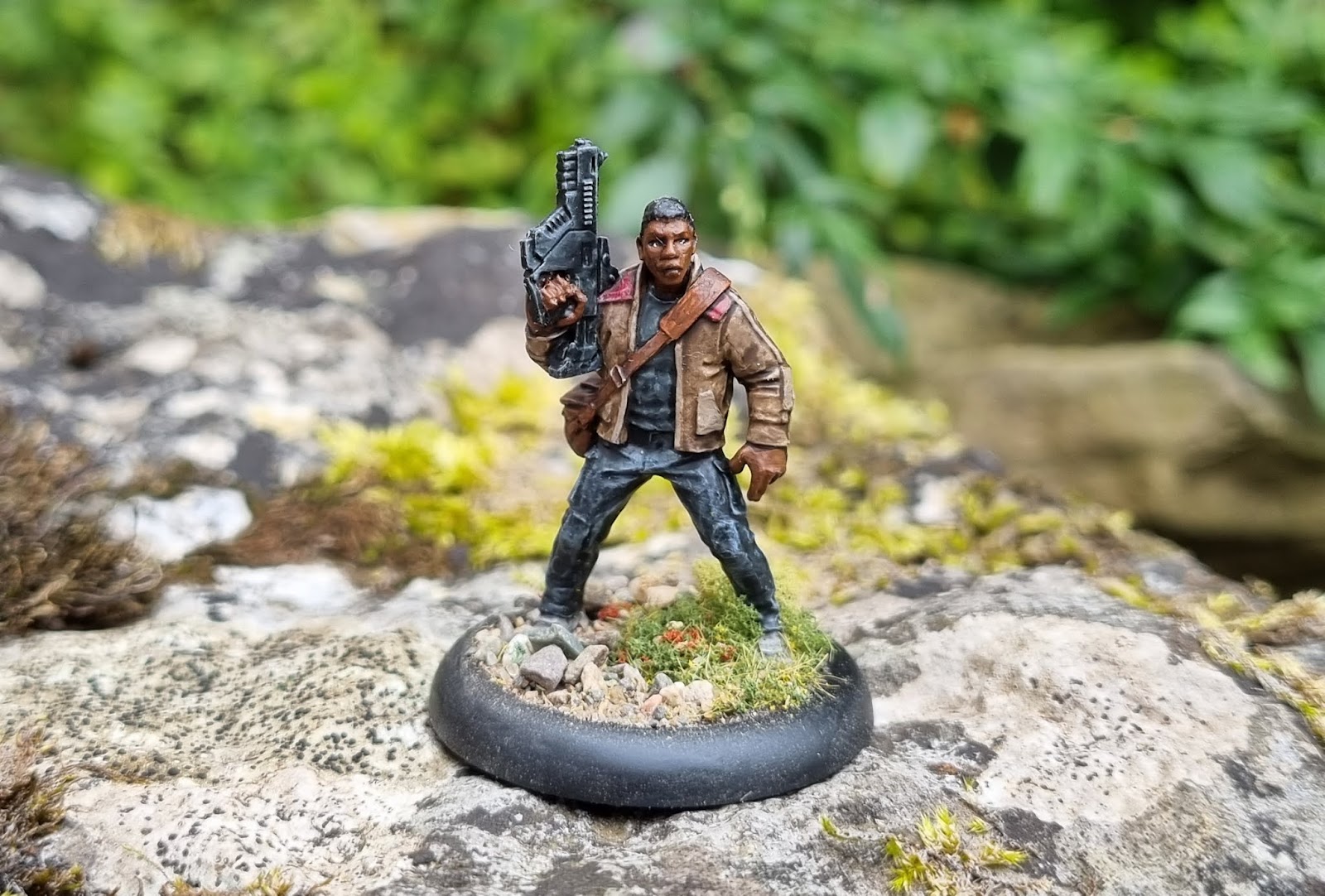 Also from Hasslefree, Finn is a really good likeness of John Boyega, and the miniature is only let down by being based on Finn's outfit from The Force Awakens, and so the colours are a bit dull.
I actually added more red to the back of the jacket than is in the real thing as I just wanted a bit more colour on the model. 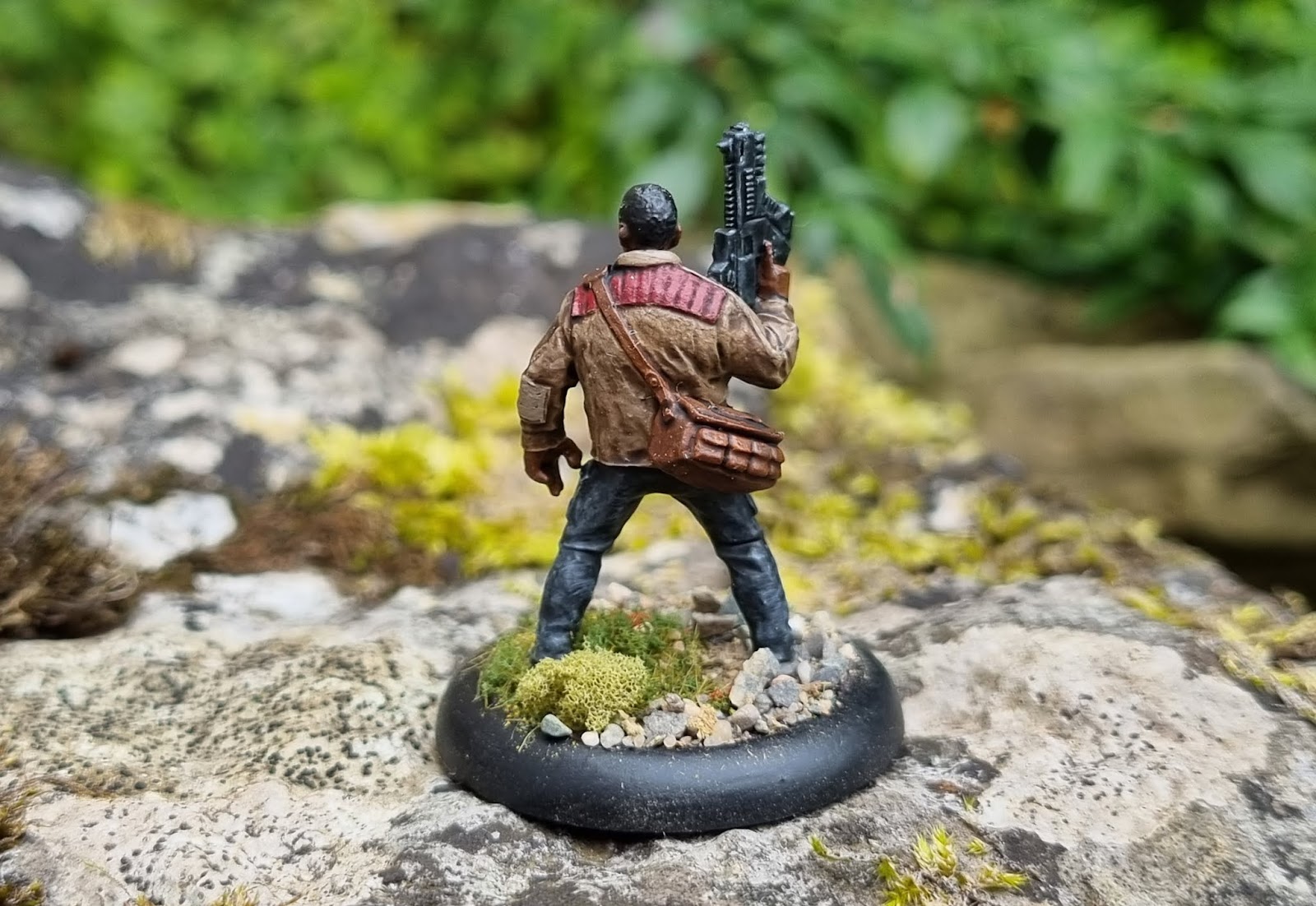 Sadly, I felt Finn was a somewhat underused character in the films as I feel more could have been done with a ex-Stormtrooper trying to find a new place in the world.
Perhaps my adventures will give him more depth, however, given my previous exploits at Board in Brum, he's more likely to end up going the way of Captain Phasma. 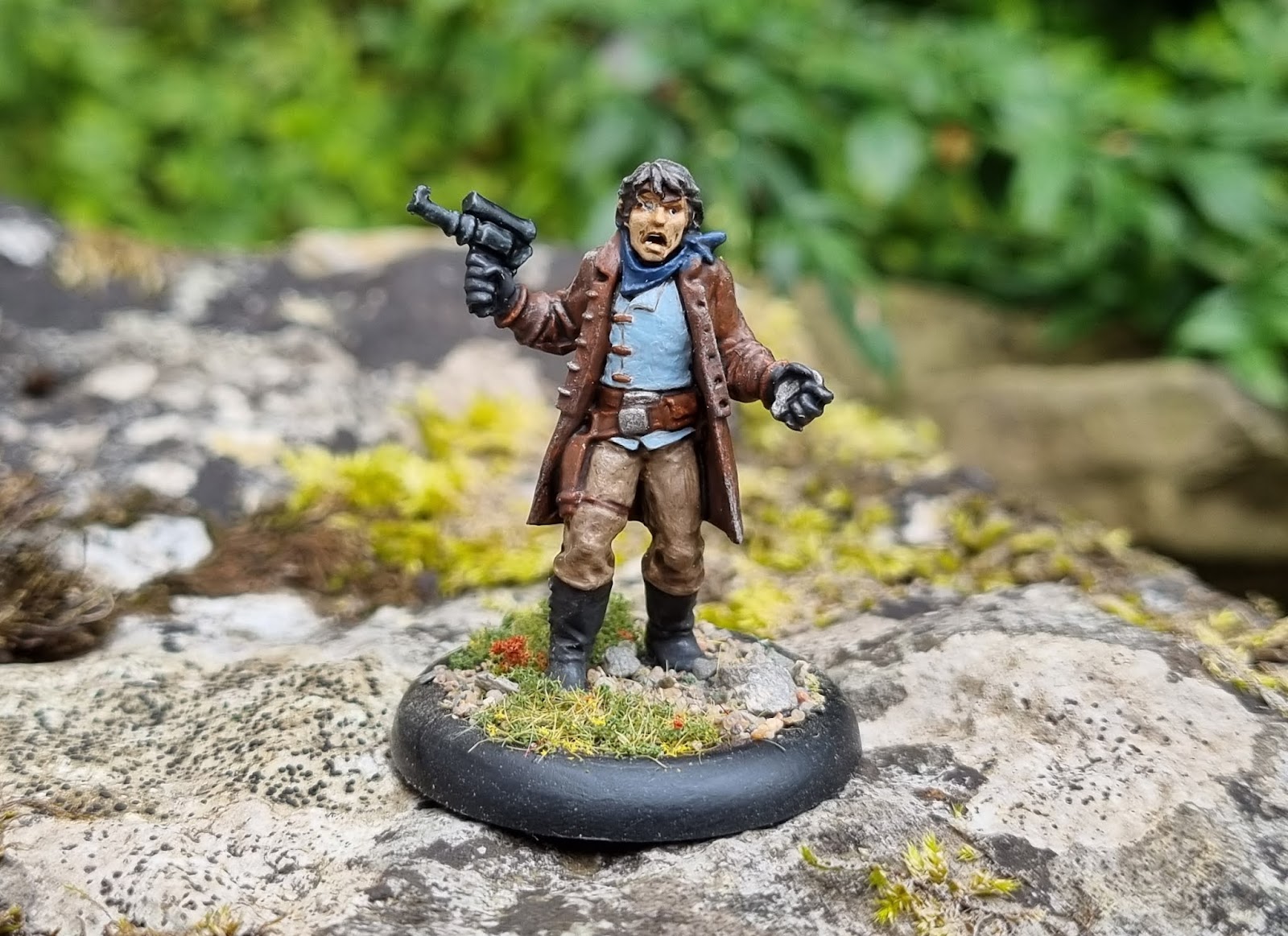 Poe Dameron (I keep on wanting to call him Cameron Poe, but that's Nicholas Cage) is a Reaper Miniatures 'Pulp Smuggler'.
It's a fairly generic model which could serve as one of many 'Han-alike' scoundrels in the sci-fi canon (Mal Reynolds seems the most obvious) and I'm justifying him as Poe based on the fact he wears a coat on Kijimi in The Rise of Skywalker. 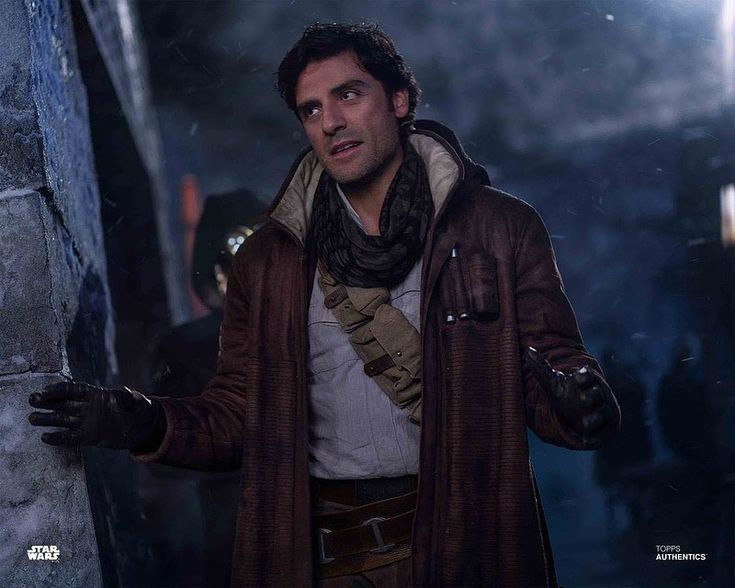 It's close enough, even though the model doesn't look particularly like Oscar Isaac, so that it's ckear who it's meant to be when stood with the others. The only change I made was adding a scope to the gun to make it fit the Star Wars aesthetic more. 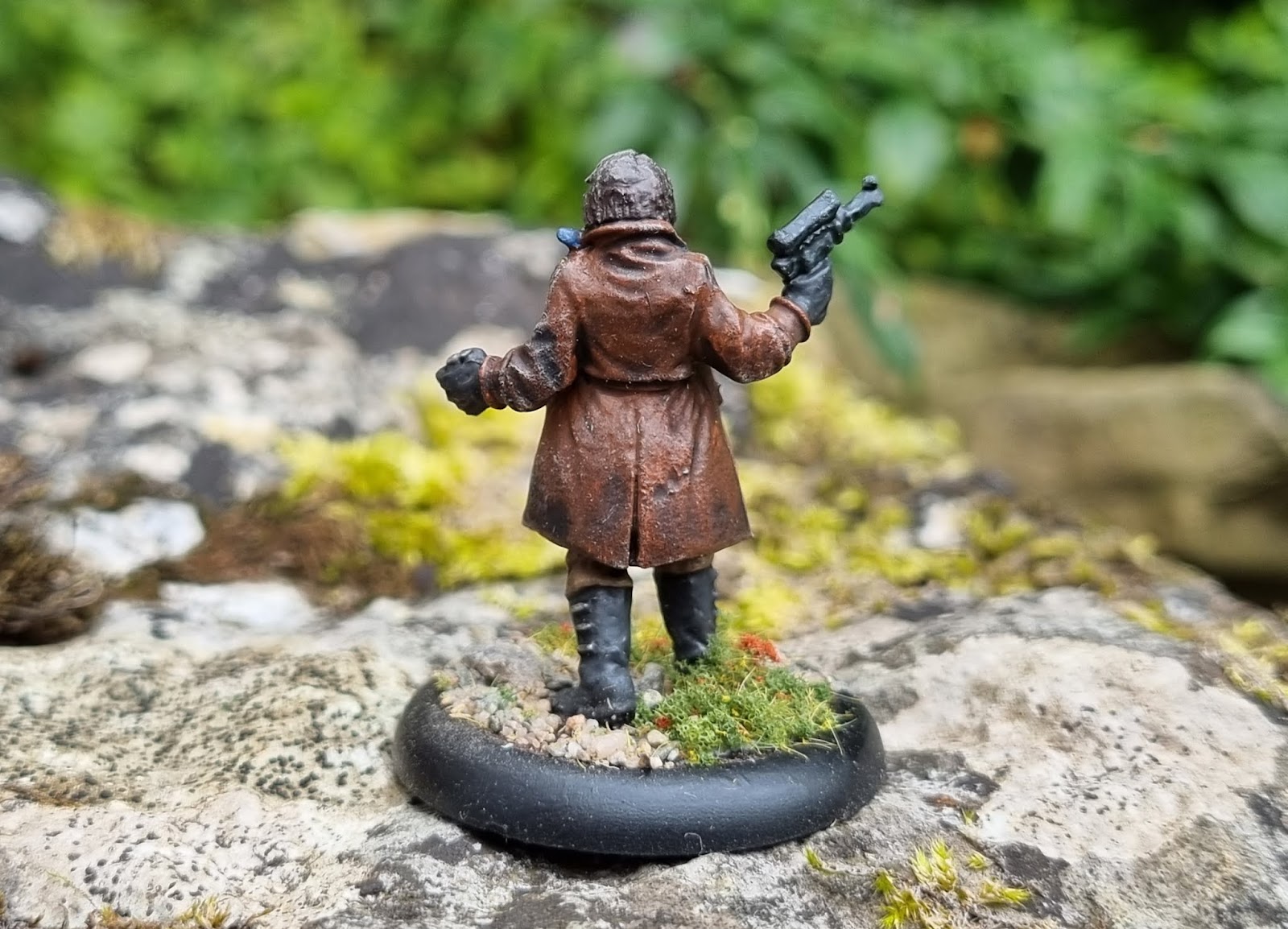 The major gripe I have with the model is that there's something wappy going on with his right eye. I'm not sure if hair is meant to be blowing across his face, or it's a miscast, but it looks better in real life than the picture suggests. 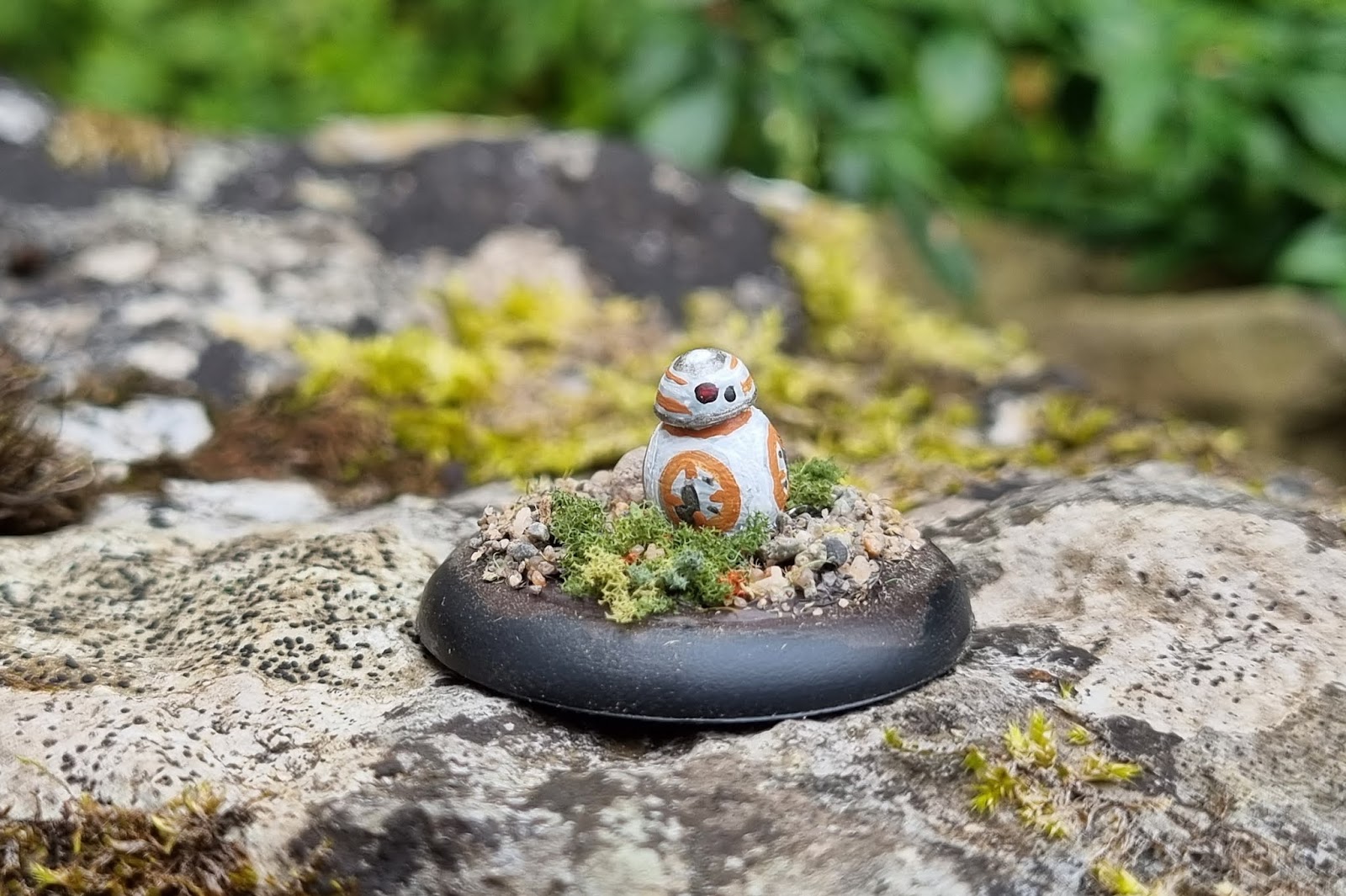 Finally, I needed a BB-8, as he seems somewhat inseparable from Rey.
I made him from a ball of greenstuff (which had previously been used as a football in my scratch-built Guildball team) and half of a Russian helmet from Bolt Action.
Free-handing his design was nerve-wracking, and it's nowhere near perfect, but it's good enough to be absolutely ckear who it's meant to be.
I now need to decide on the rest of the cast. I'm hoping to put something together from my bits box, but I might end up spending a small amount of money on some old Star Wars Miniatures commons.
However, these four form the core if what will be an instantly recognisable cast, and will possibly provoke more than a few conversations as to the merits of the newer films.
Acquired: 128
Painted: 157
Posted by Kieron at 05:53