The Show Must Go On

For the first time in over two years I was able to get to a warganes show. So with Matt riding shotgun headed down to Newark for Partizan. 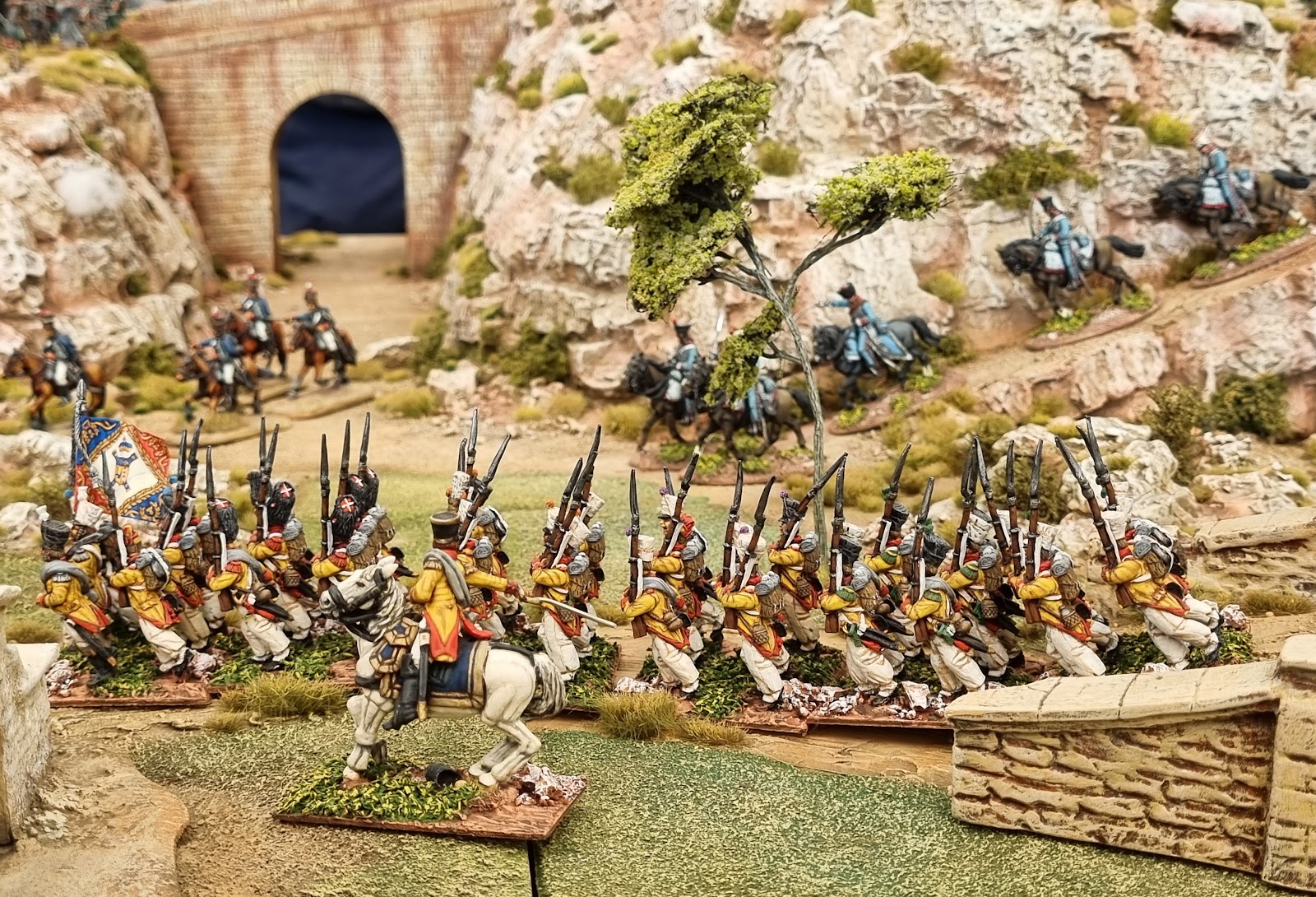 There's not much to this post other than pictures. I didn't get details of specific games, it was just a pleasure to see some big setups of the kind I haven't seen for some time. 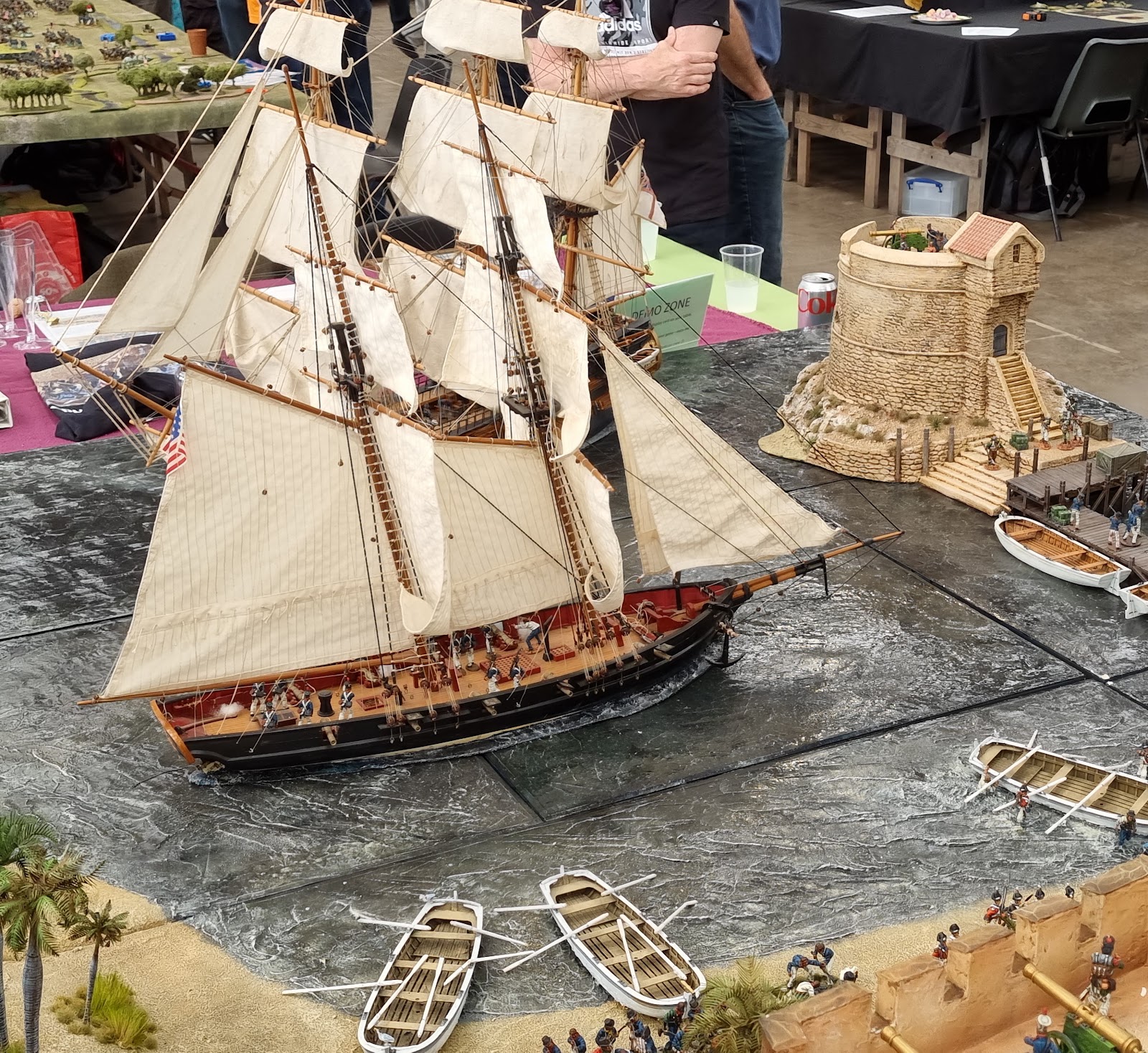 The two pictures above and two below were from an immense 40mm Napoleonic set up. Clearly somewhere in the Peninsular War. 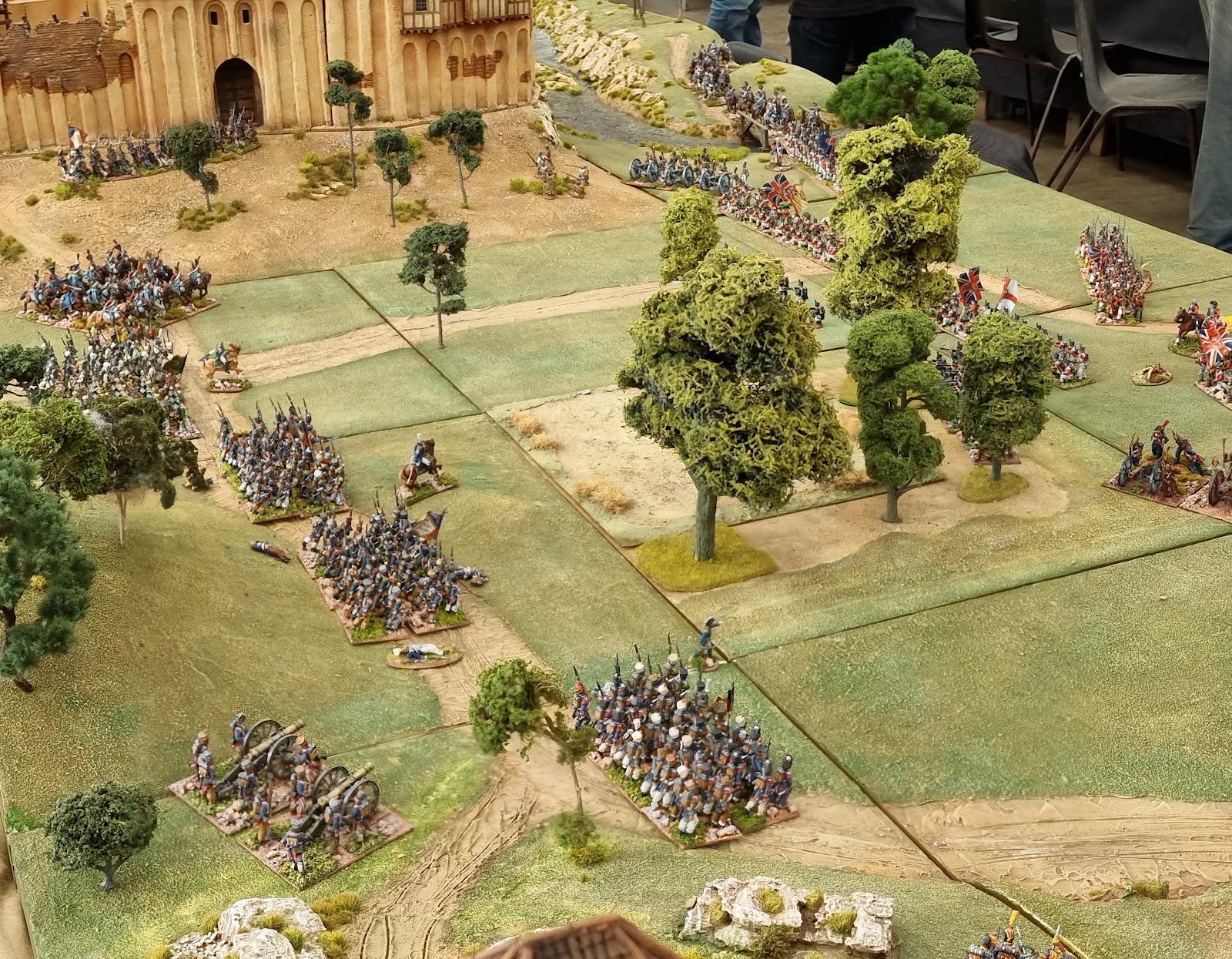 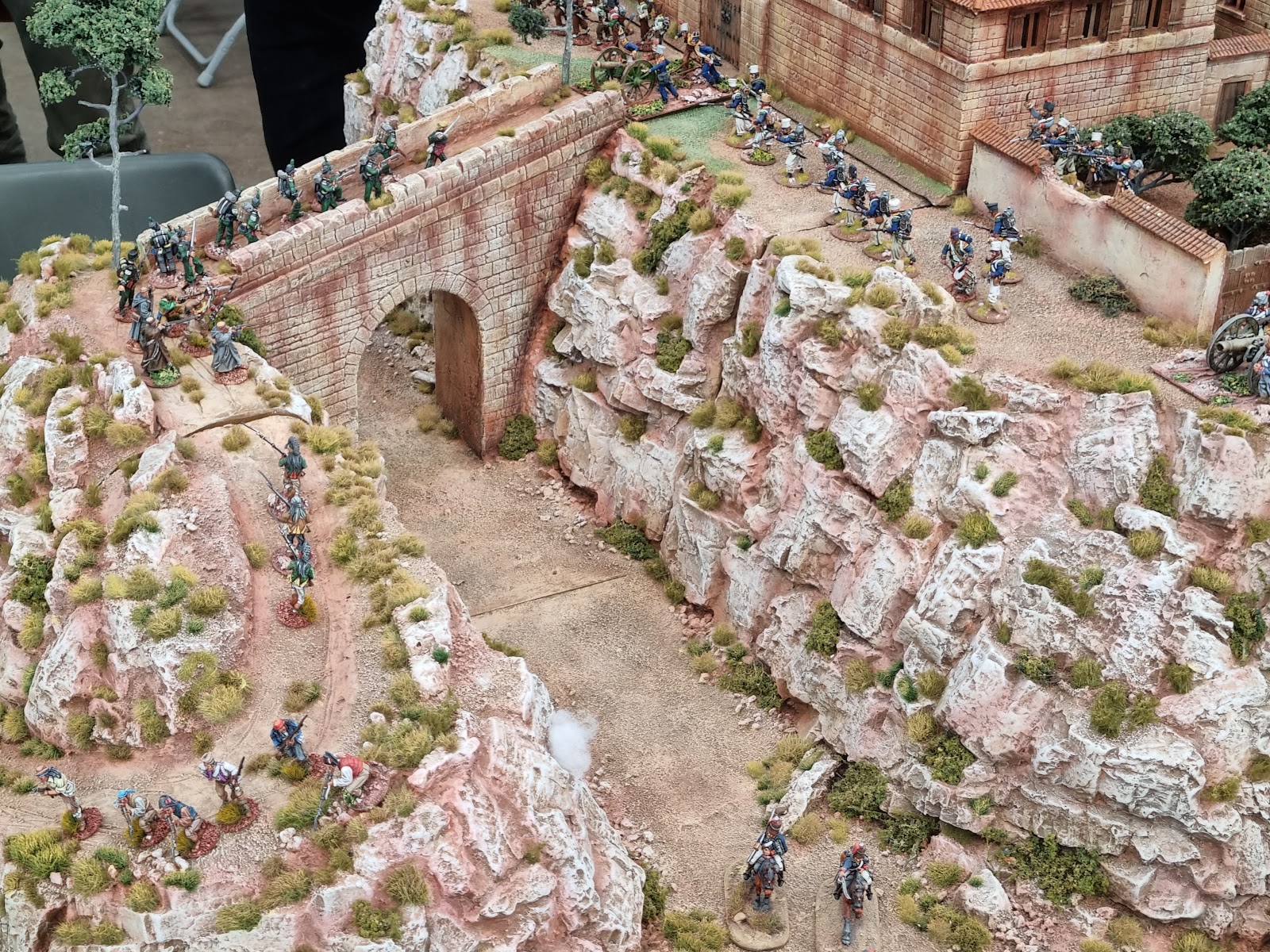 This was a display where I actually spoke to somebody (rare for me), although I didn't get details on the battle. There were landsknechts though, so that puts it somewhere in the vicinity of the Wars of Religion. 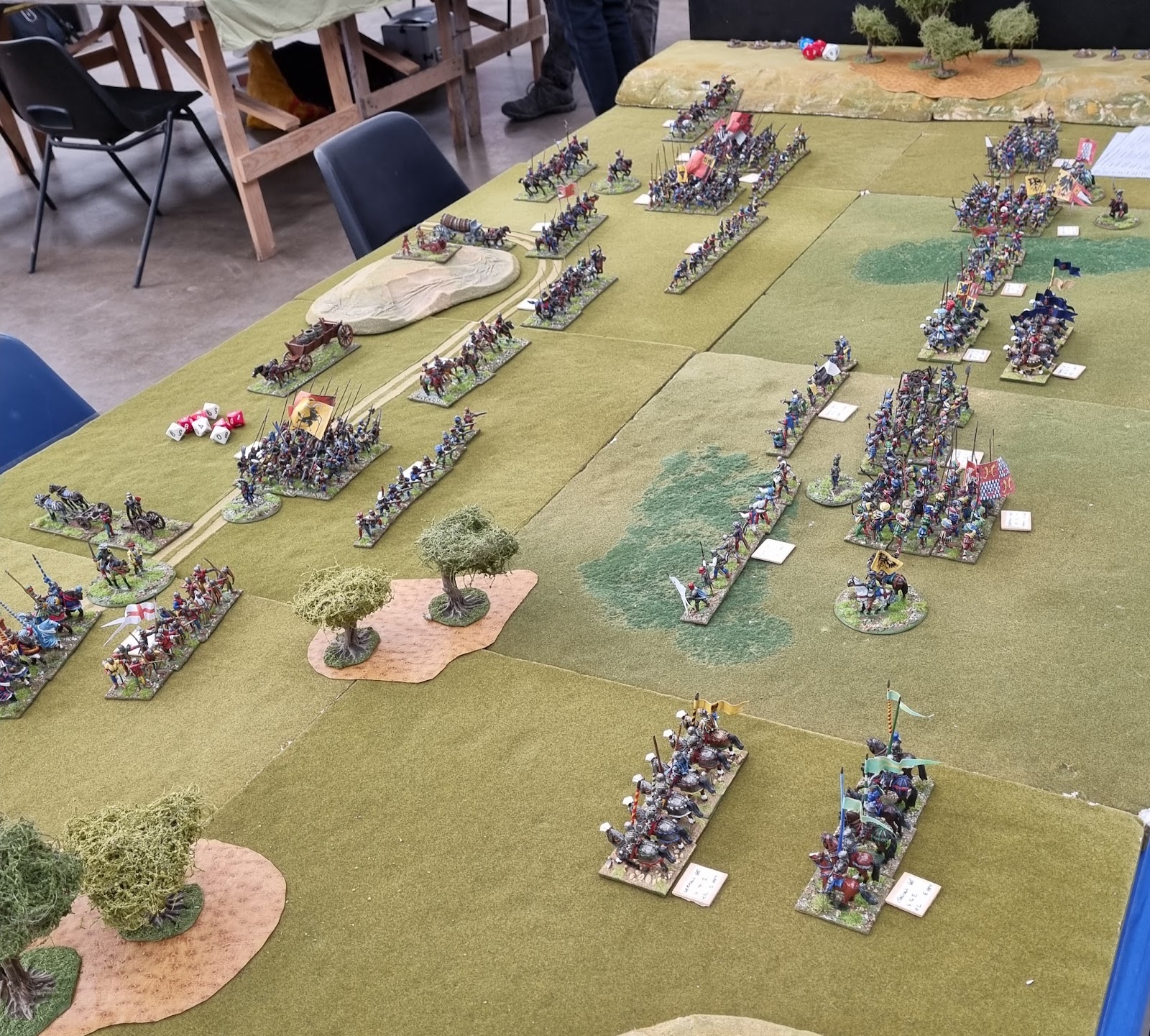 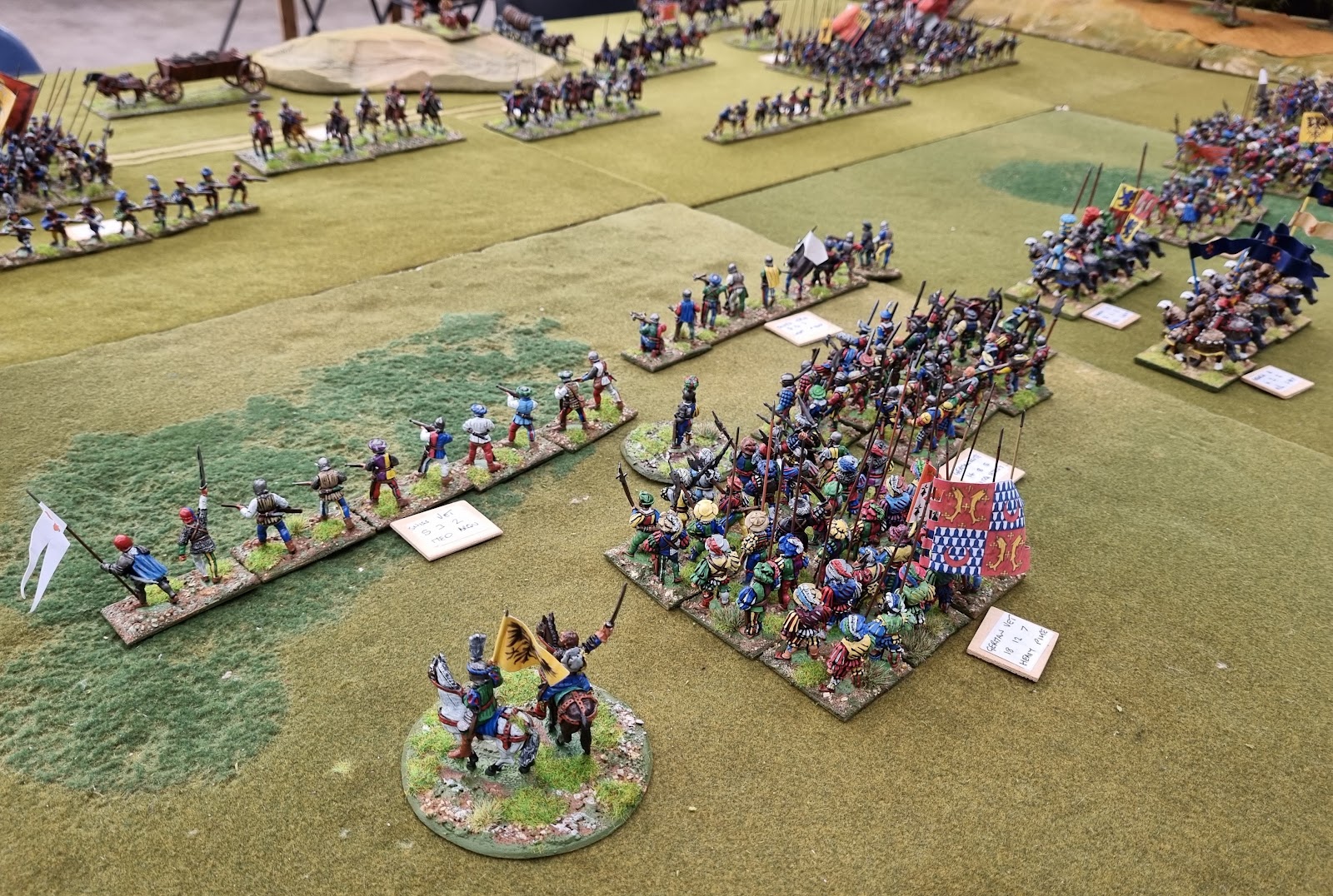 This big game was definitely from the Thirty Years War...I think. Pike and shot as far as the eye can see. 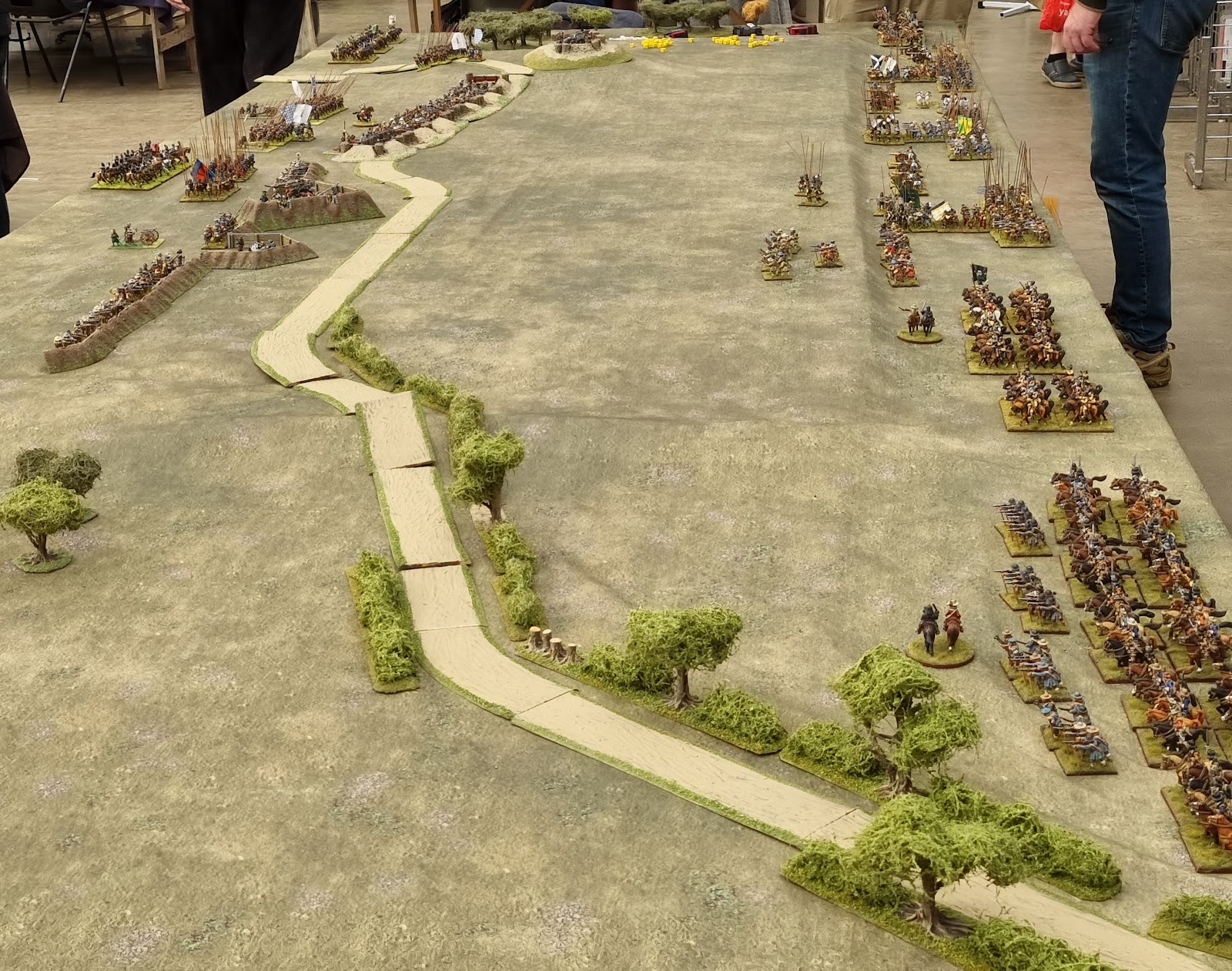 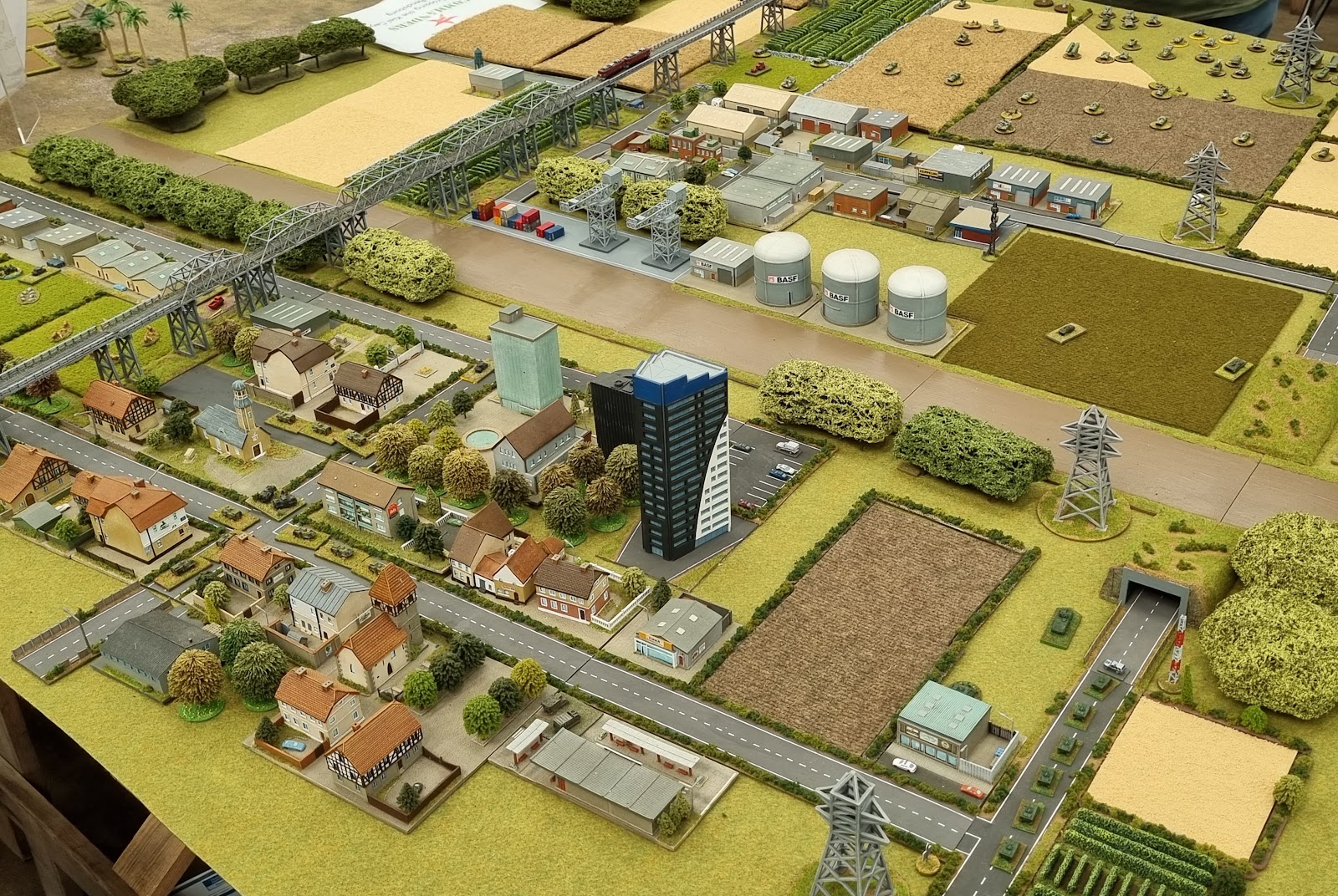 This is a big game that I believe was possibly dark ages Ireland. I really should read the signs. 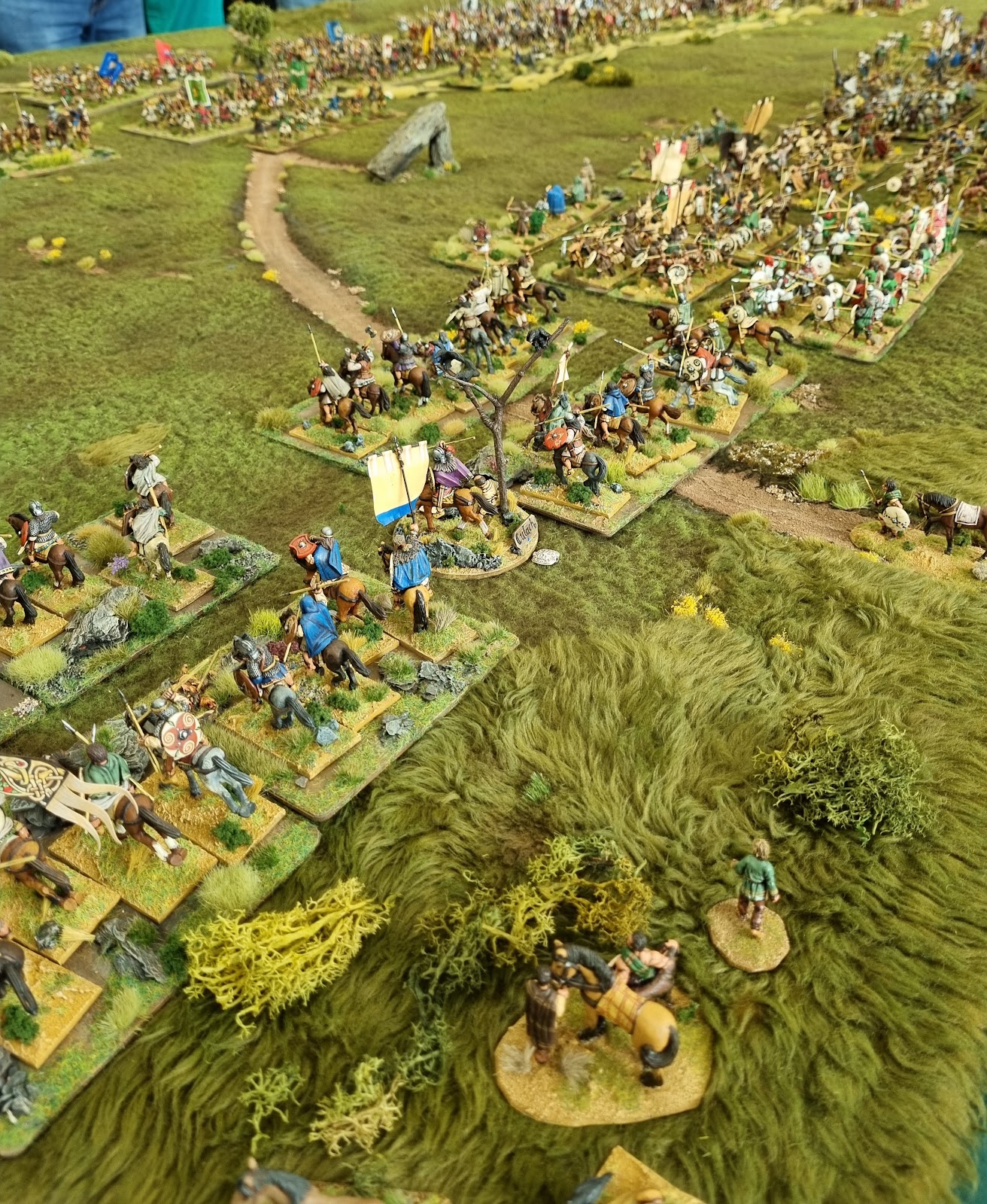 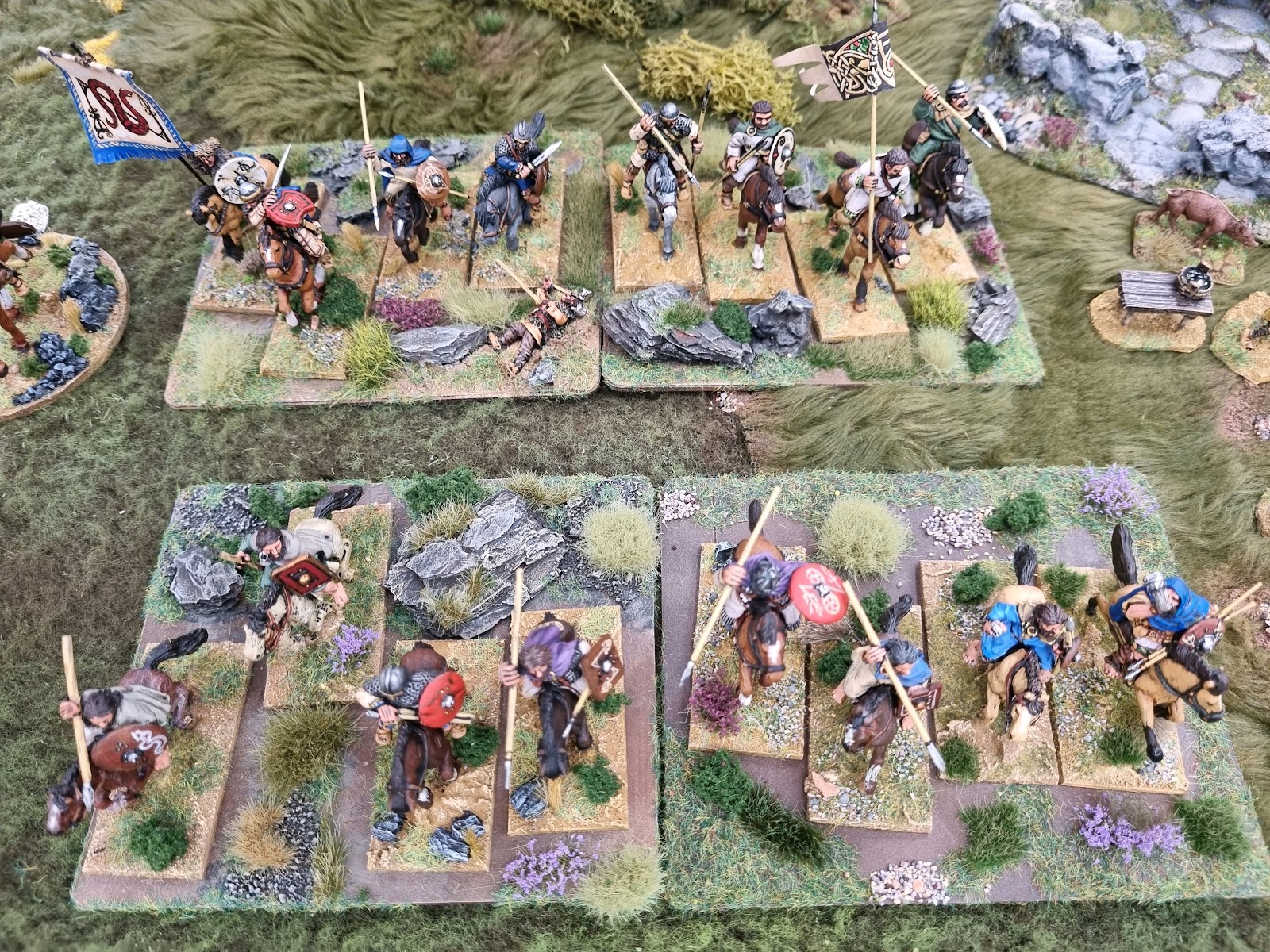 Ah, now this is definitely the American War of Independence. I know this one. 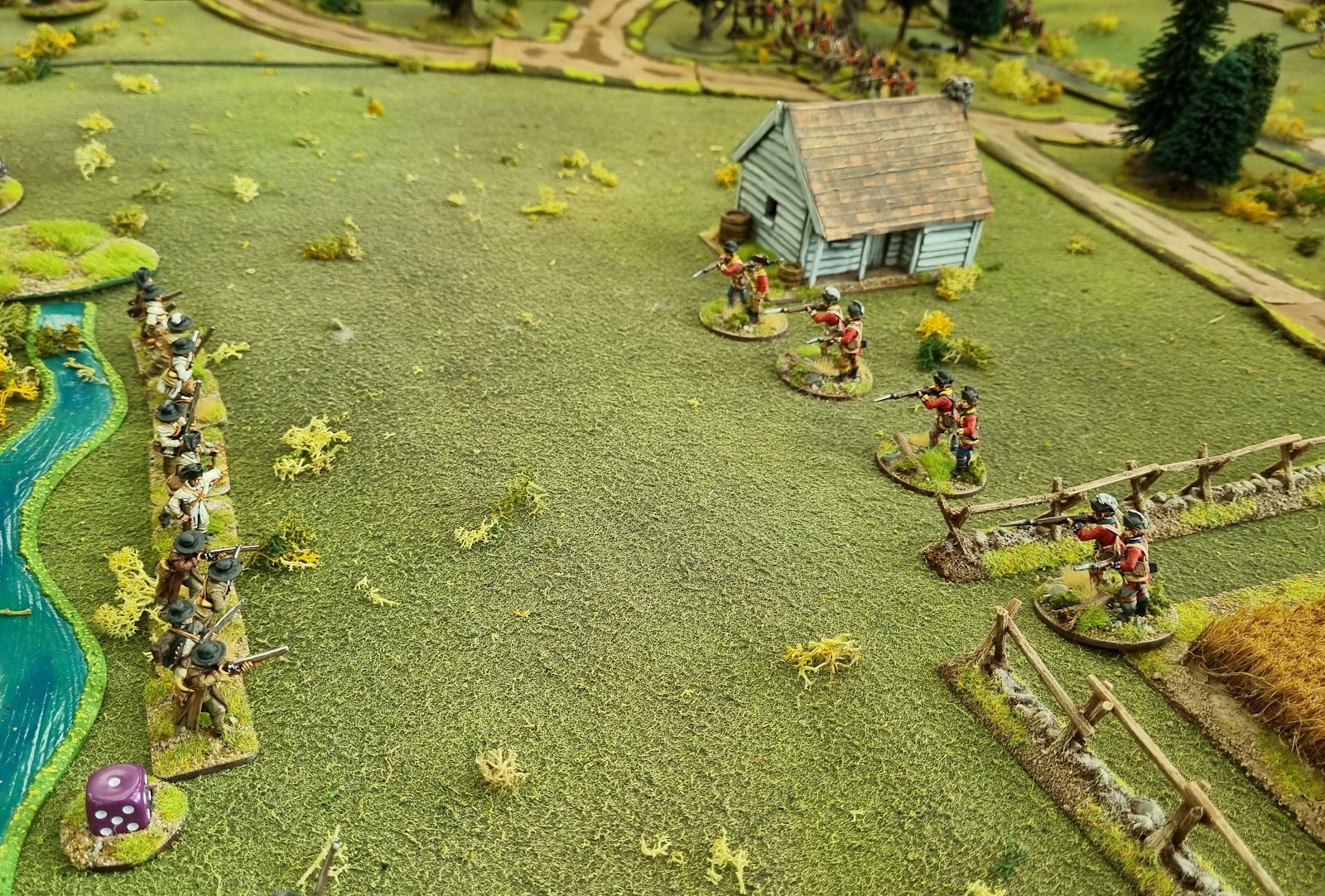 Something somewhere in the middle ages. 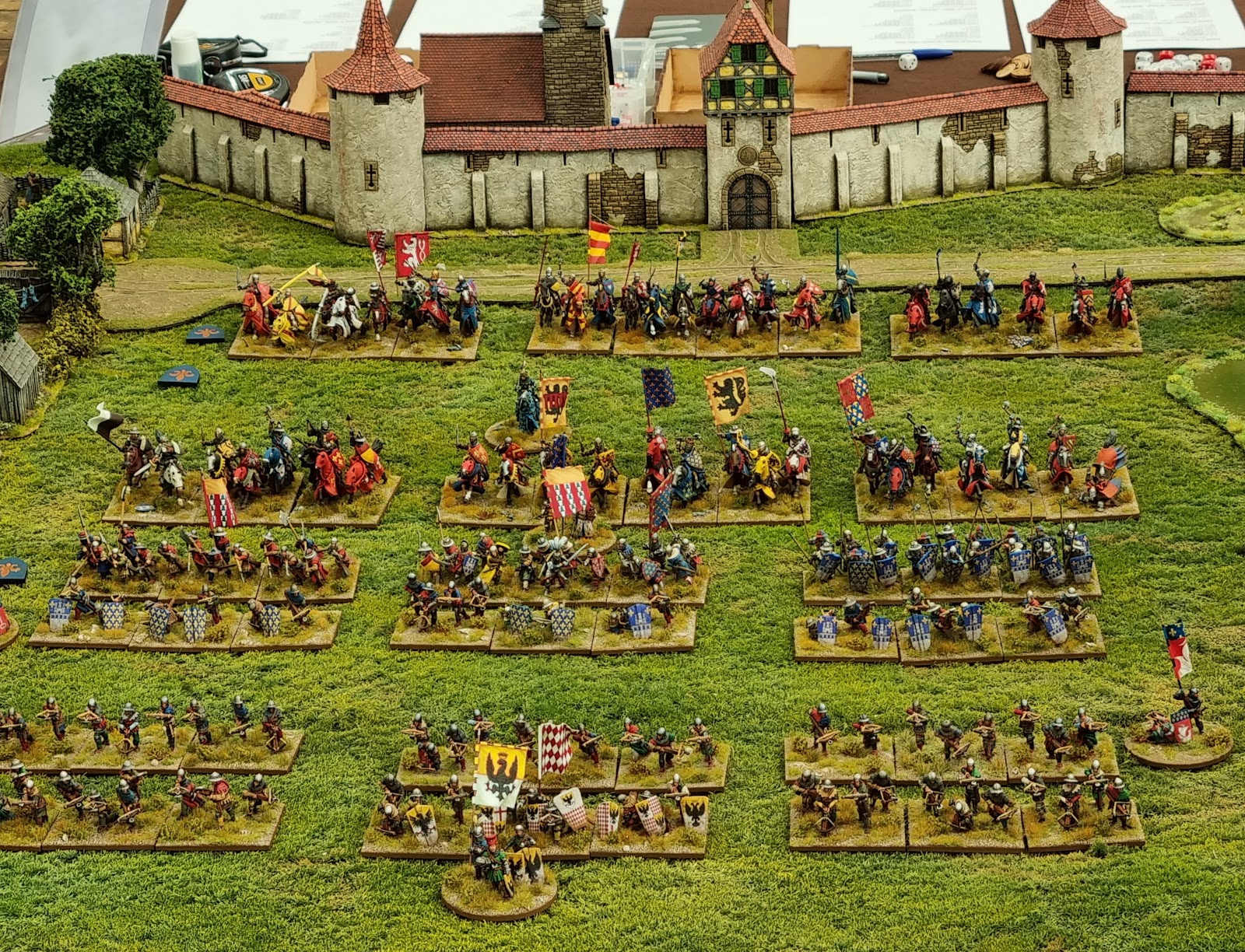 Tiny boats on a shiny river. 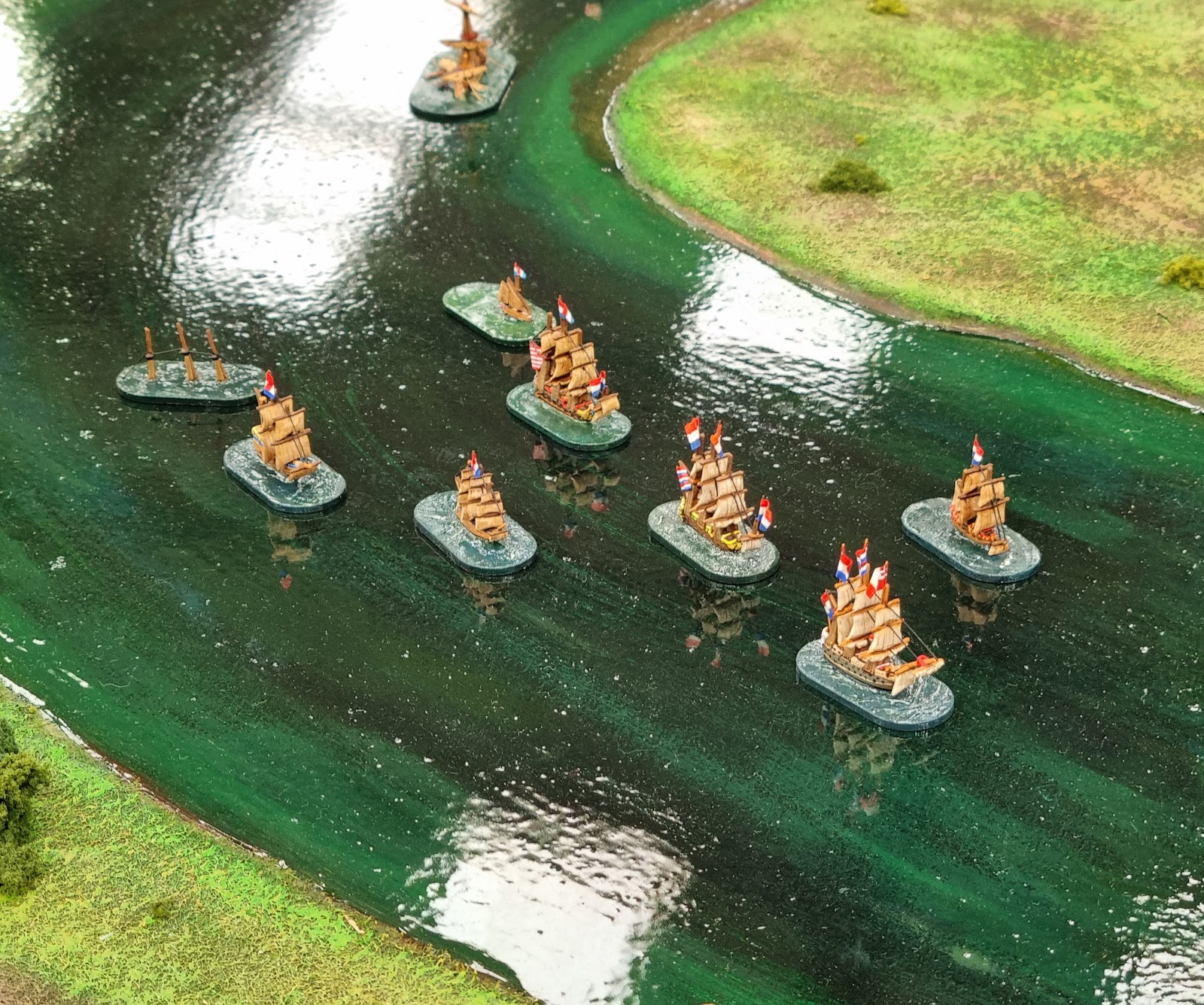 Dead Man's Hand. Matt is trying manfully to get me to buy onto this game as he and Wes have already succumbed. 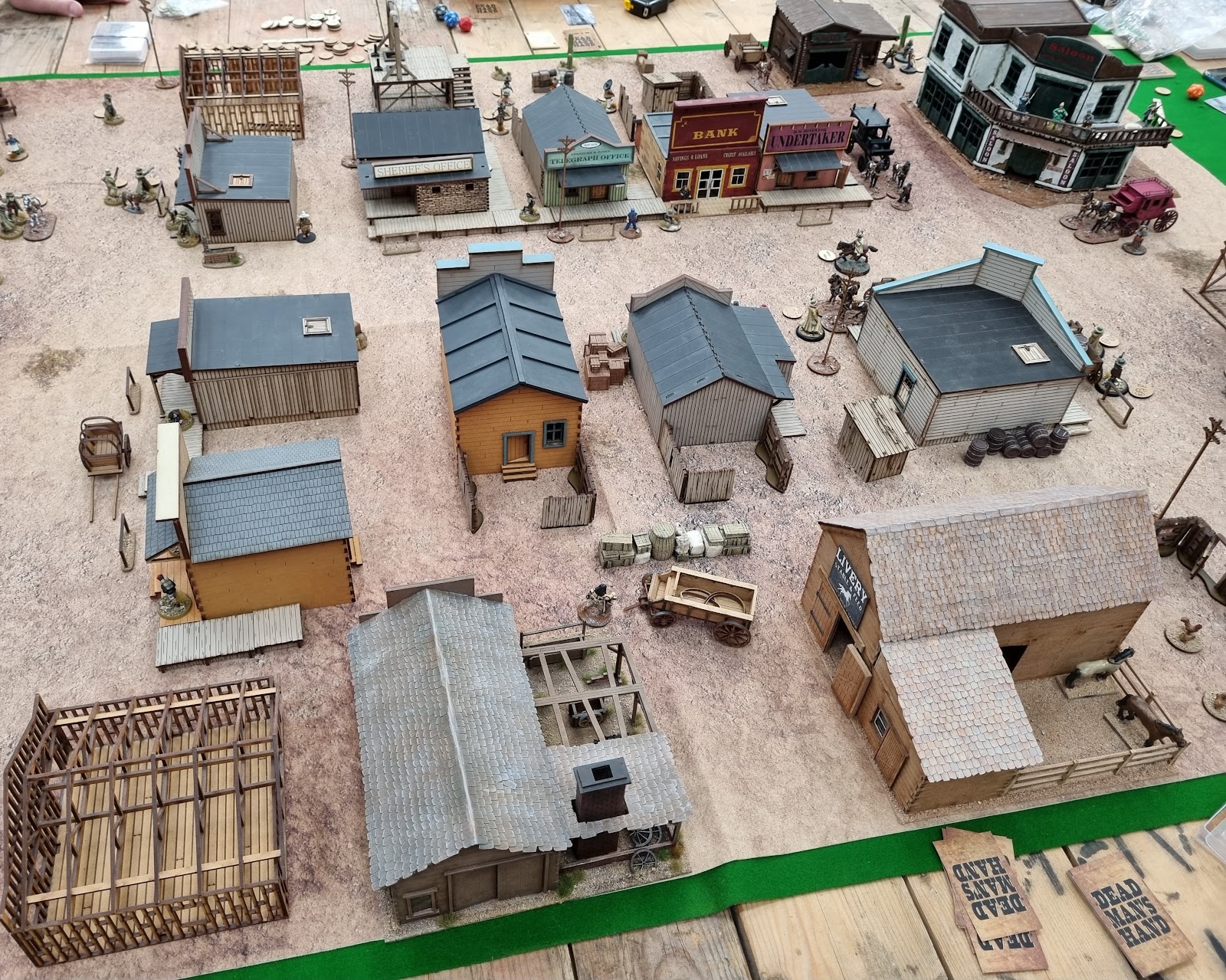 Something colonial. I presume India given that there are elephants.
The group putting this display on were particularly impressive. Not only were some of then dressed as period British officers, but they were also all holding rather large glasses of red wine at 10:30 in the morning. 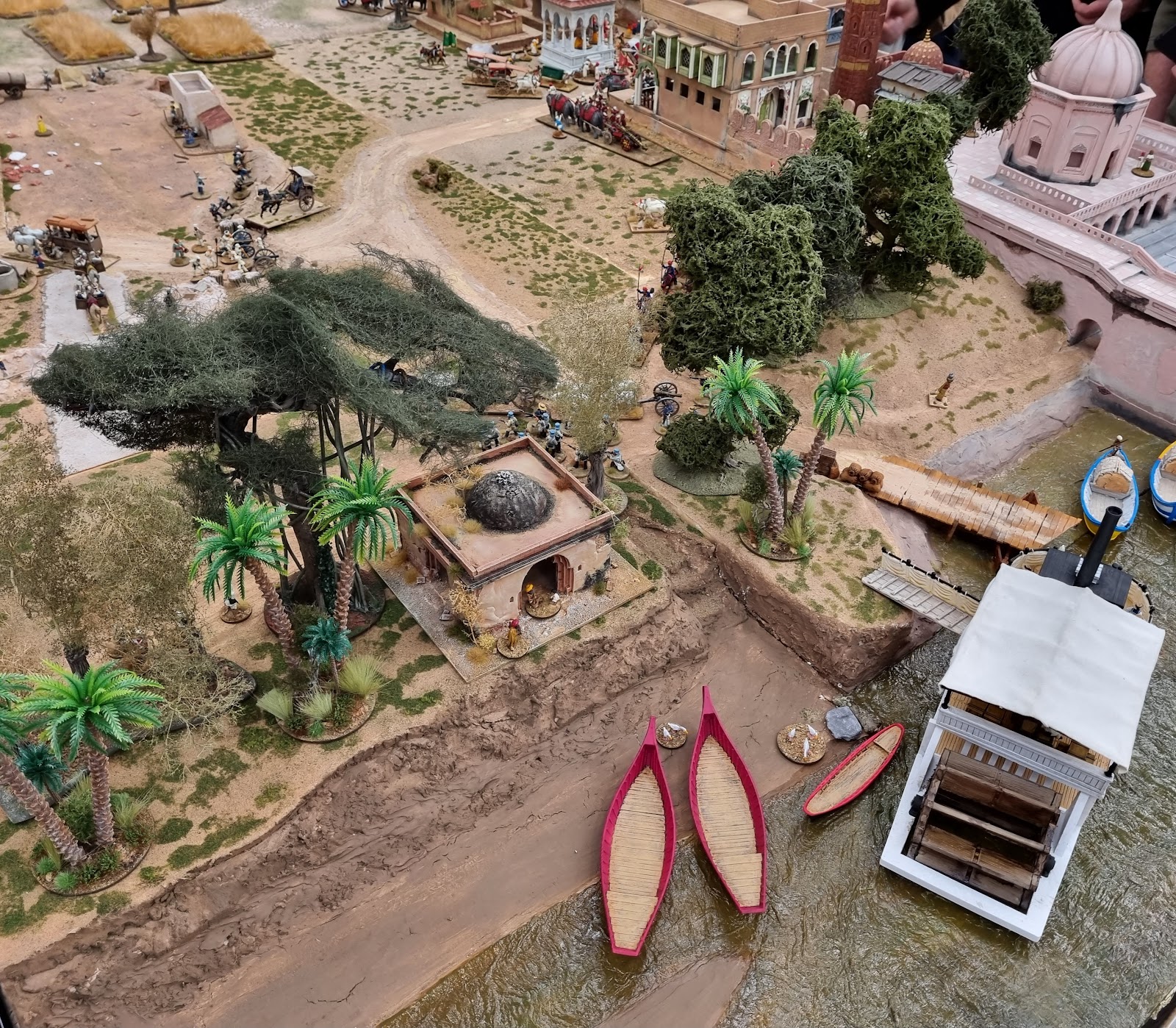 This one was definitely Culloden. I recognise it enough and I also overheard people talking to confirm my suspicions.
Yes, I could just ask or look for signs, but where's the fun in that? 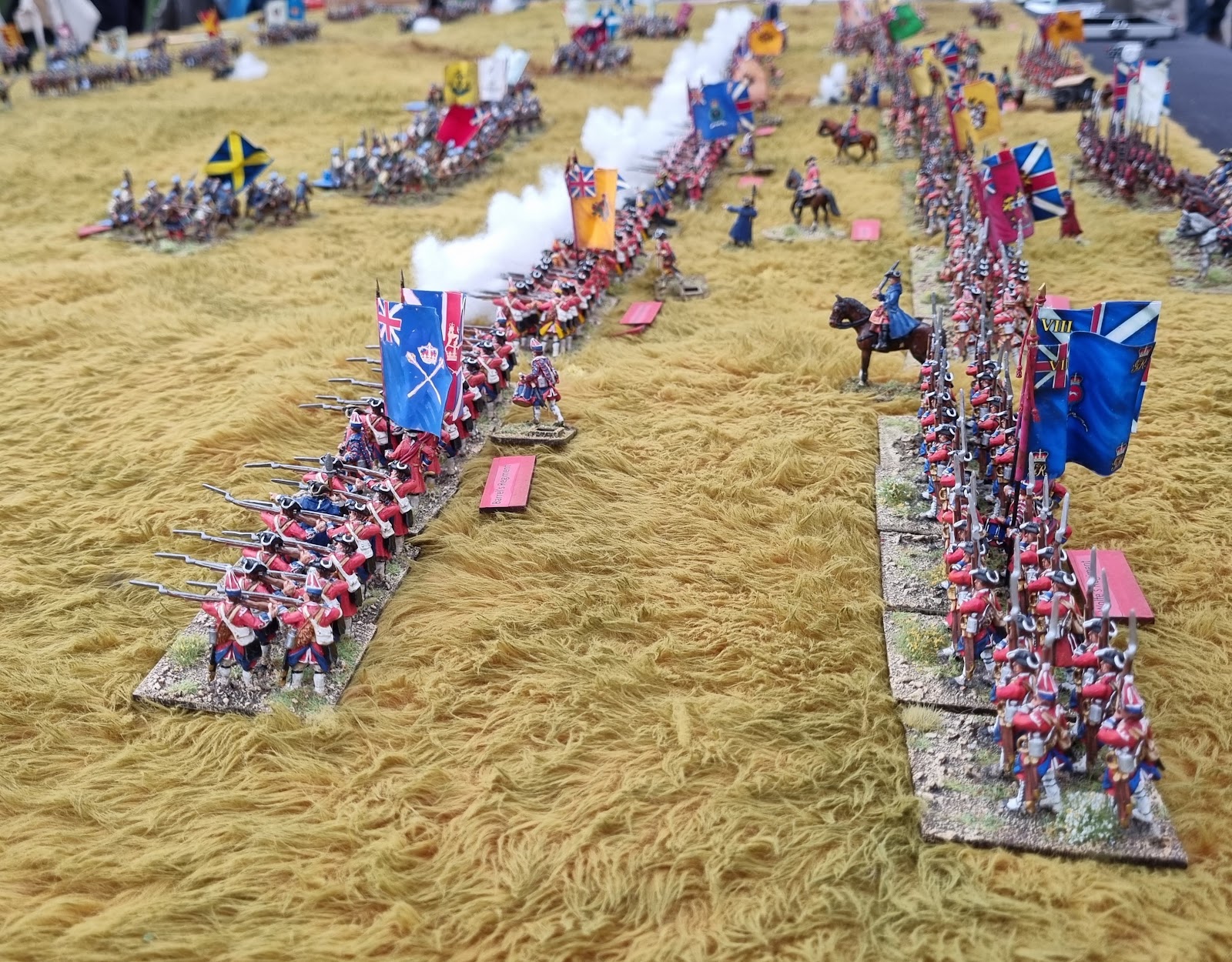 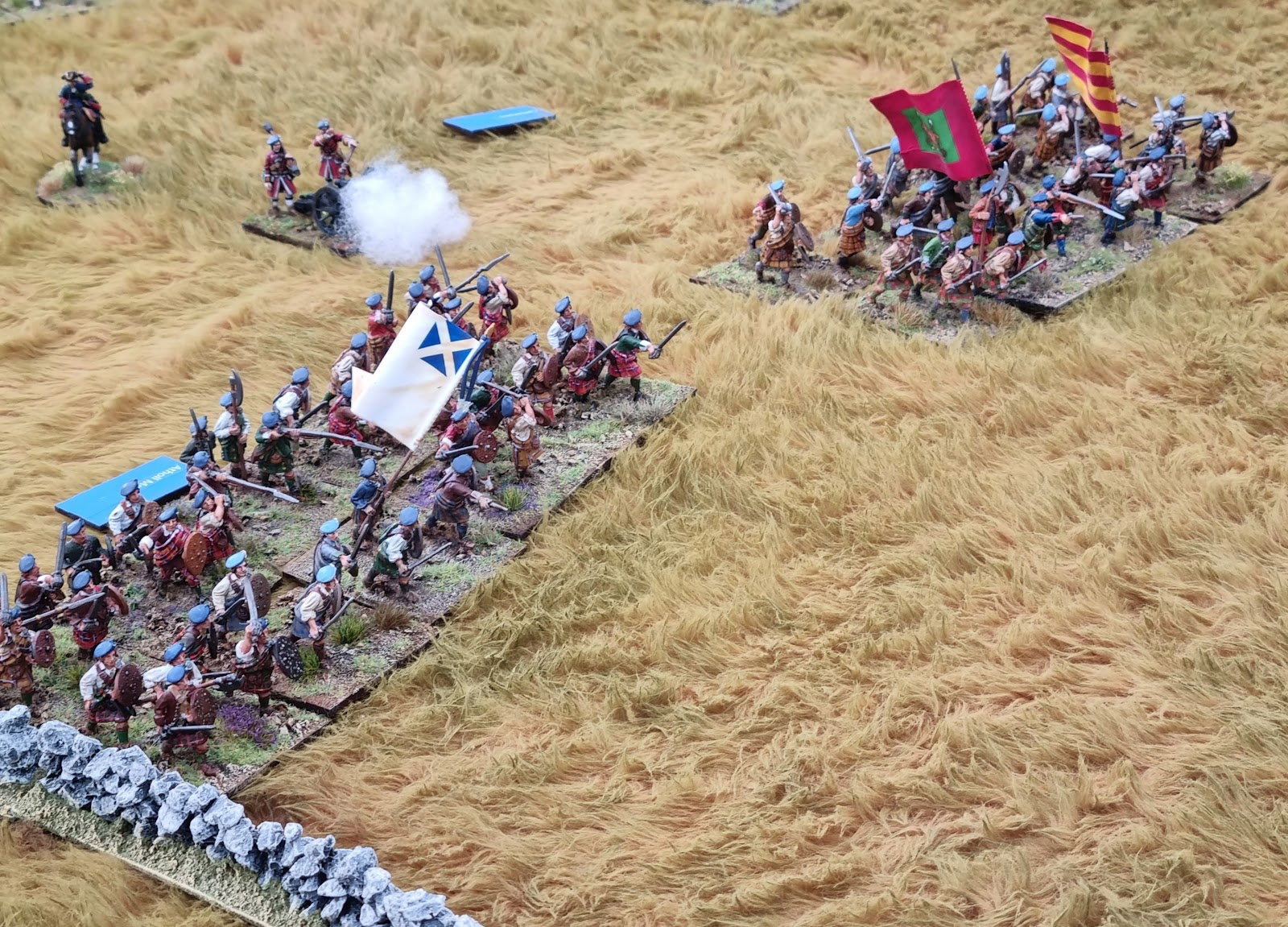 Little Big Horn, or Custer's Last Stand. The group putting this on had also put on Native American headdresses in a move that some would call cultural appropriation, but 10 year old me would have called, "really cool!" 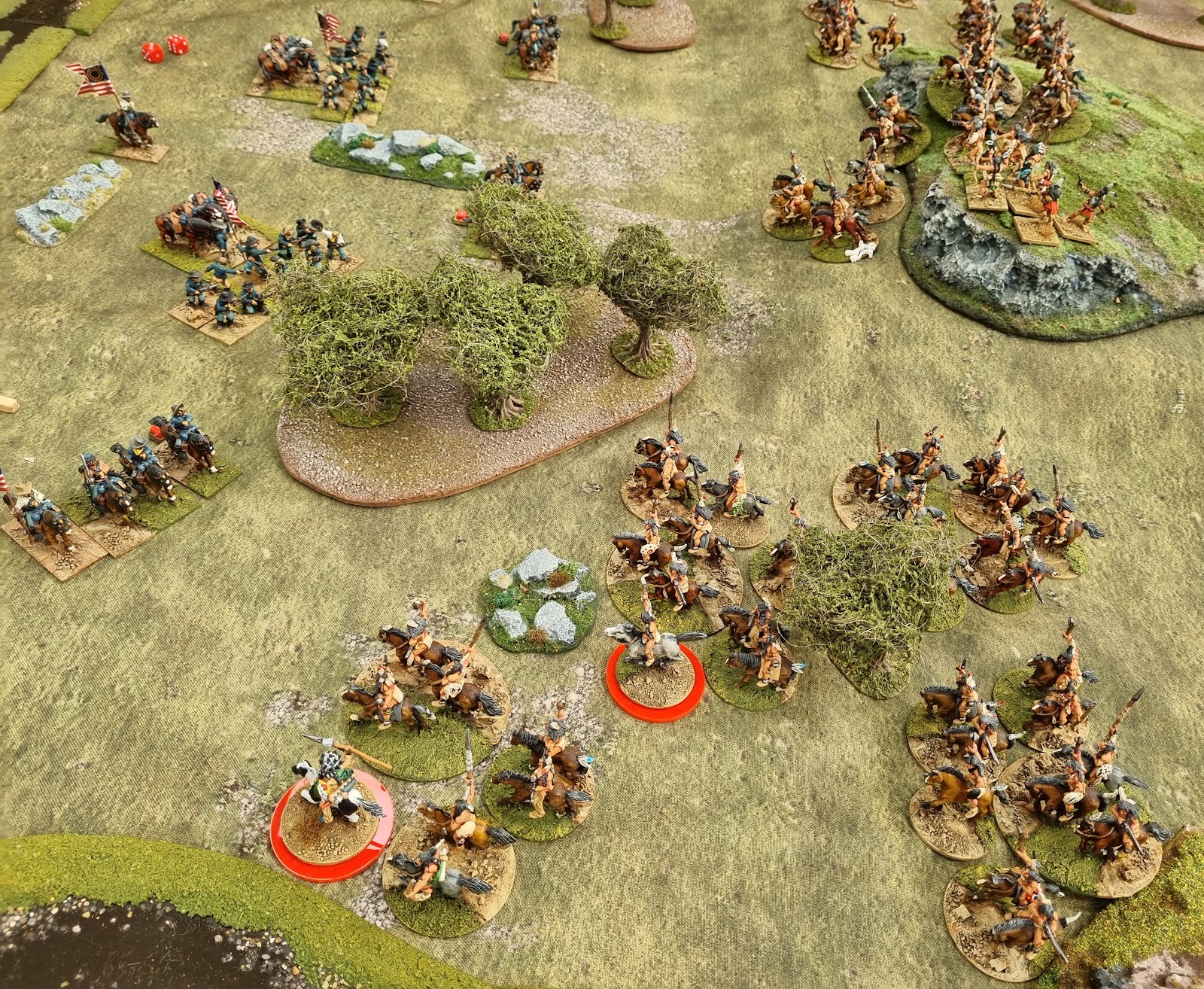 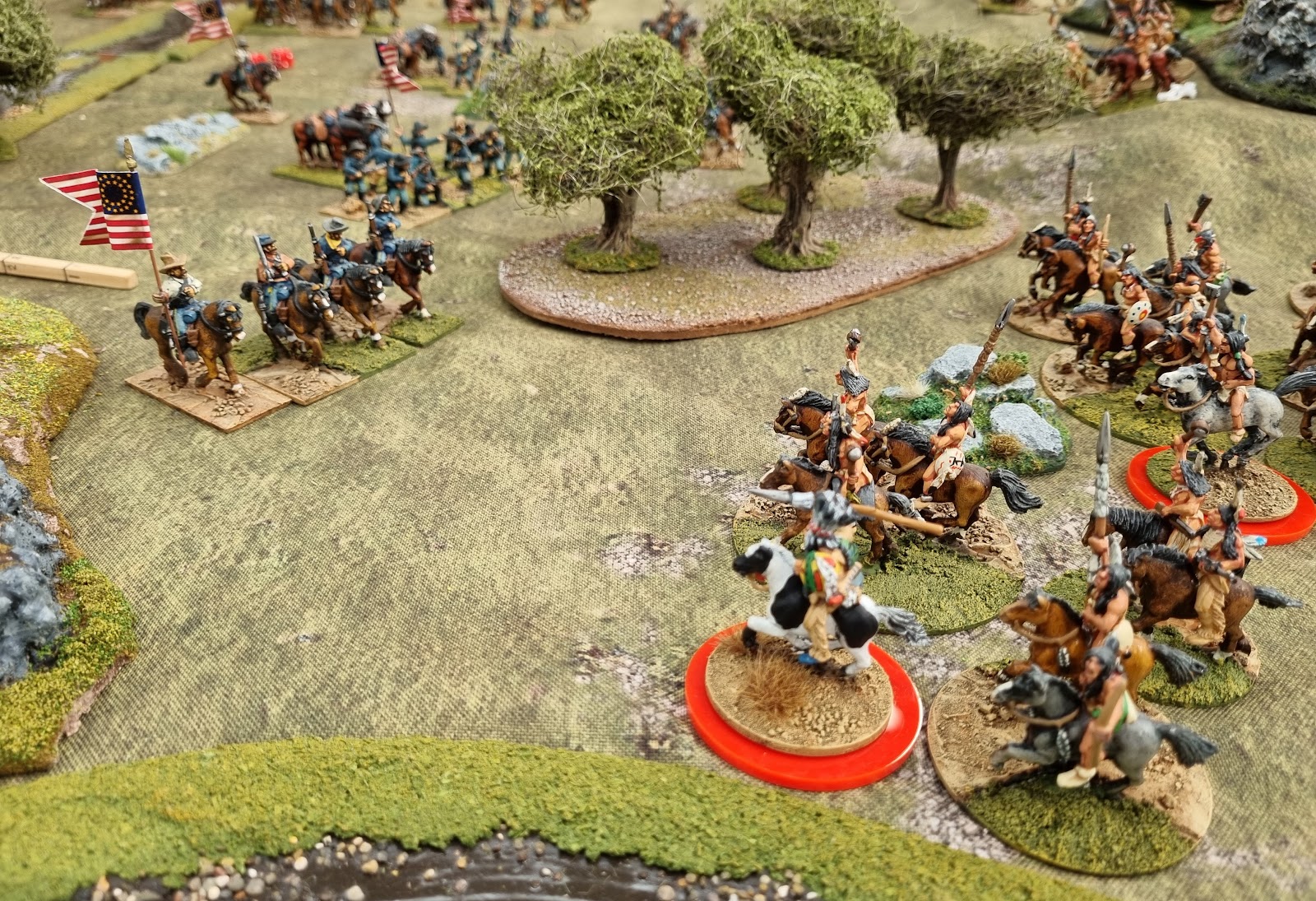 An Aliens themed demo game. Each time I walked past this board, nobody had managed to leave the first corridor, so either there were balancing issues or it was just really thematic to the movie as to the Marines' effectiveness. 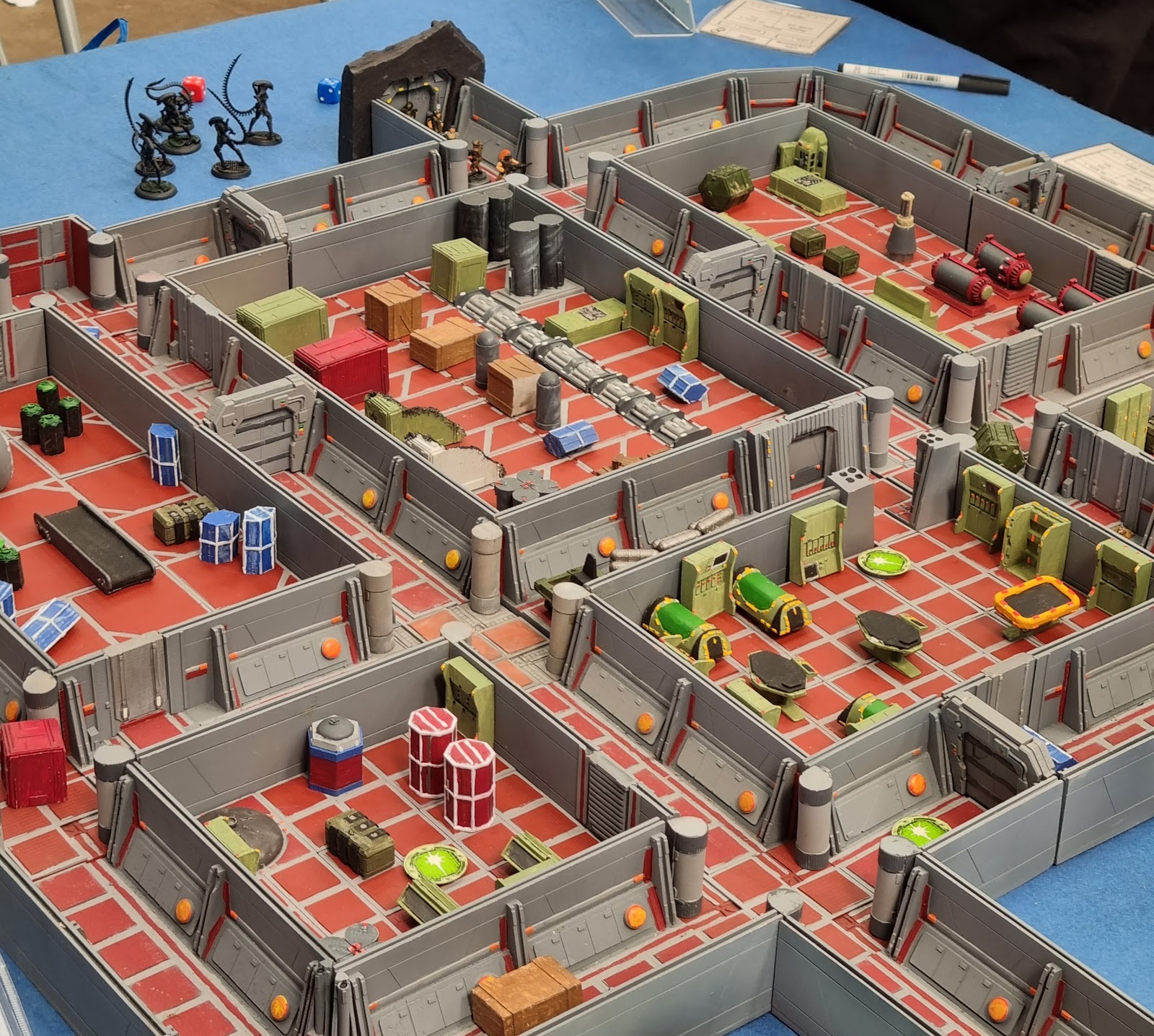 I've done a little bit of retroactive alterations to allow me to tick off another Hobby Bingo box. I used the Board In Brum 7TV day as and 'event/show' not a 'tournament'. However, it could count as either whereas Partizan was definitely a 'show', so I've now got both boxes ticked. 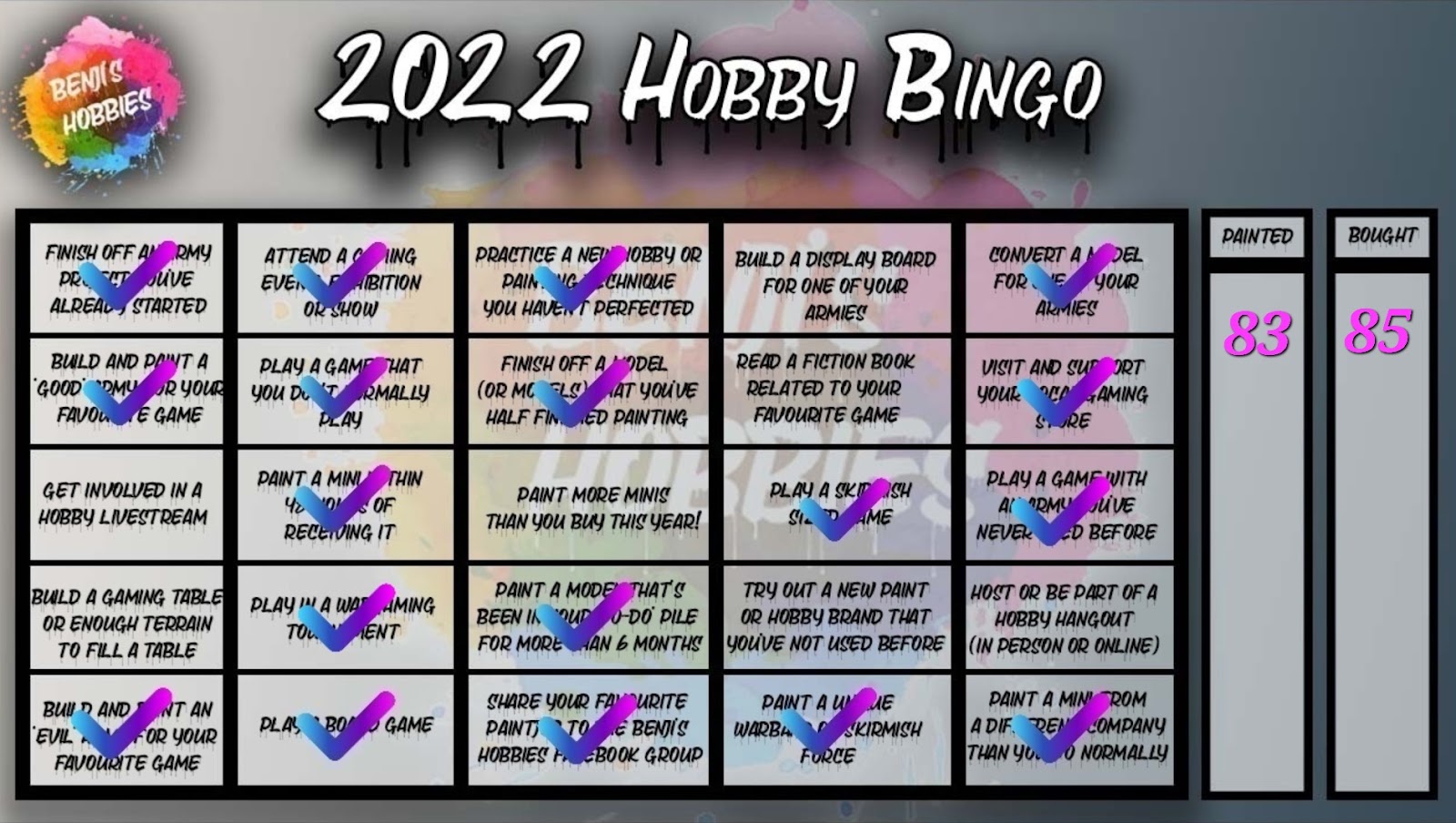 Obviously, attending a show had a detrimental effect on my purchase/painted numbers, but in terms of actual miniatures, I only bought a single model. However, I did get given what looked like a saxon king as I entered and picked up and unexpected Secret Santa gift of two miniatures. I also grabbed some mdf jetties which I suppose count as models, so I'm now in the red again.
Acquired: 85
Painted: 83
Posted by Kieron at 14:44