When Matt and Pete started playing 6th edition Warhammer Fantasy Battle again, it was only a matter of time before I caught the nostalgia bug and, like Heinrich Kemmler,  went searching for something from the past to dig up  and bring to life.
Presenting Count Cisqo von Oldhammer. 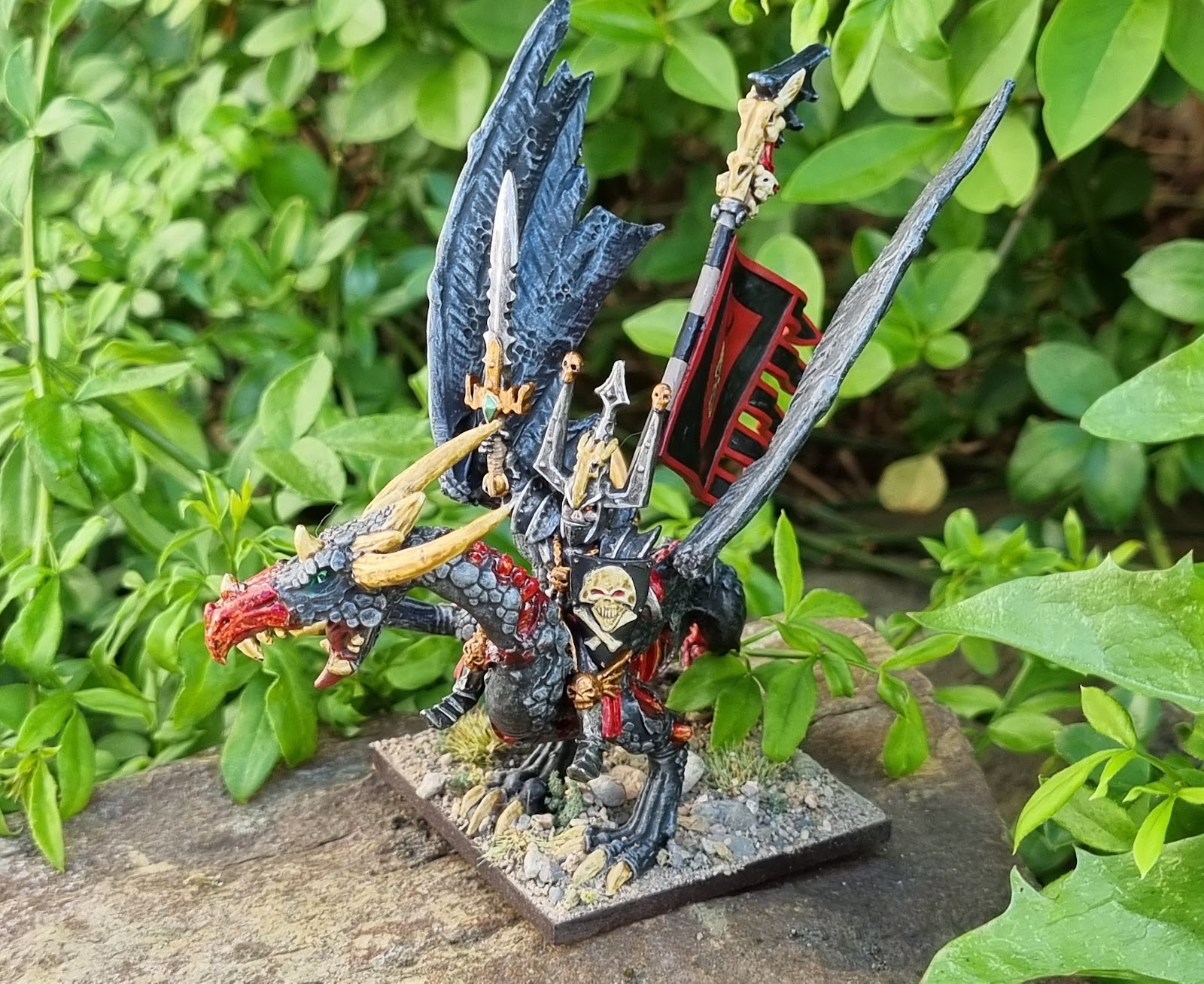 This 4th Edition Zombie Dragon dates from 1994. I'm not sure if that's when I bought it, but I've definitely owned it for a very long time. The dragon itself has been painted at least three times but the rider had never got past being undercoated.
I'd never actually stripped the dragon before repainting in the past (I have so many bad habits to address), and so the first job was to get the layers of gunk off. The dragon spent a few days in the freezer (to deal with the superglue) allowing me to break the parts down (fortunately, I also never bothered with pinning), before it took a long dettol bath. 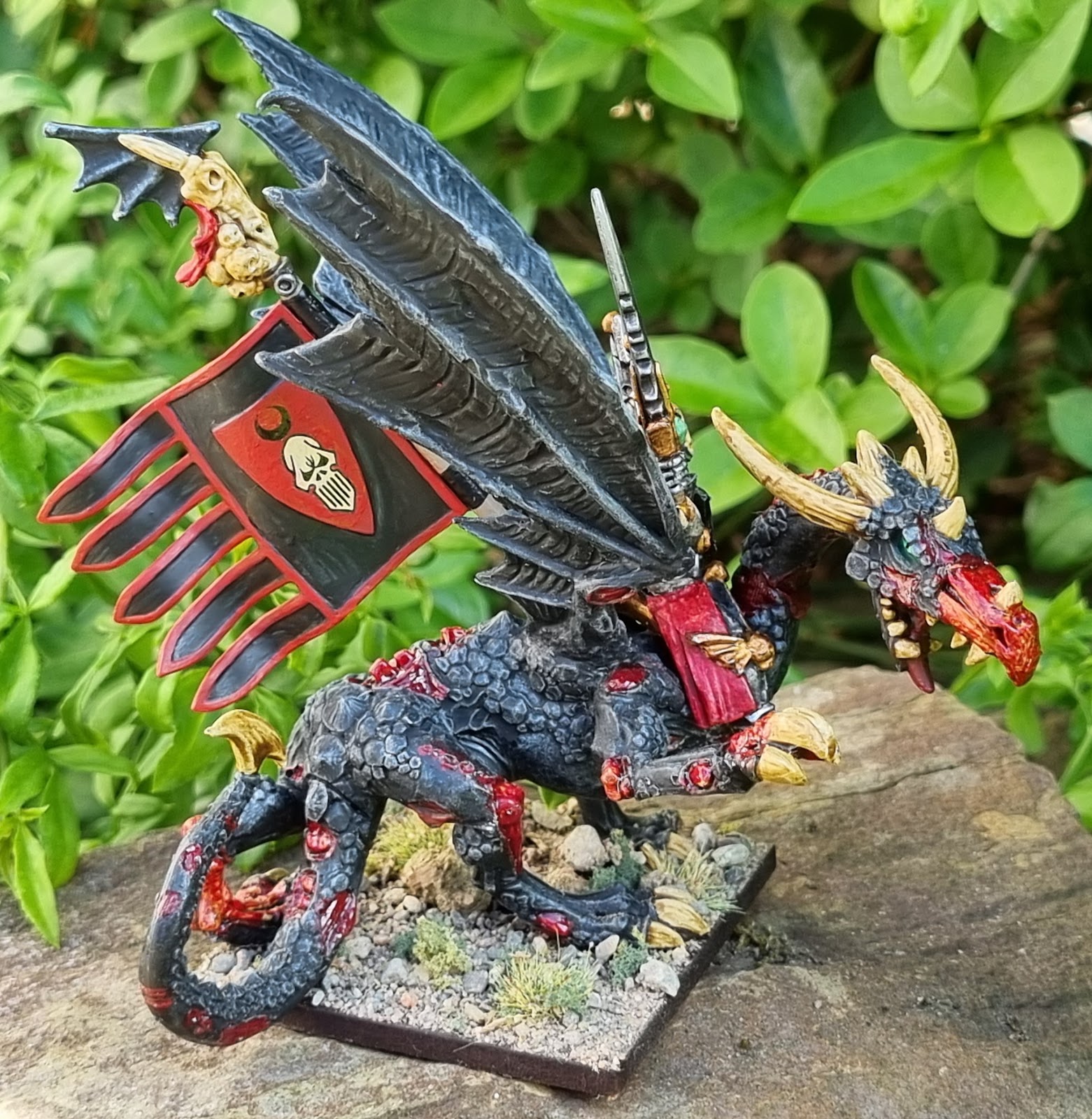 The whole model is a glorious example of Games Workshop's design aesthetic in the 90s. The iconic sword in the air pose; overwrought armour complete with massive hat; needless back banner mounted on a telegraph pole; etc.
The only bits that aren't from the original kit are the banner, which is Bretonnian (the thick plastic flag matches the thickness of the pole quite well), and the shield, although that is from one of the Black Knights from the same era. 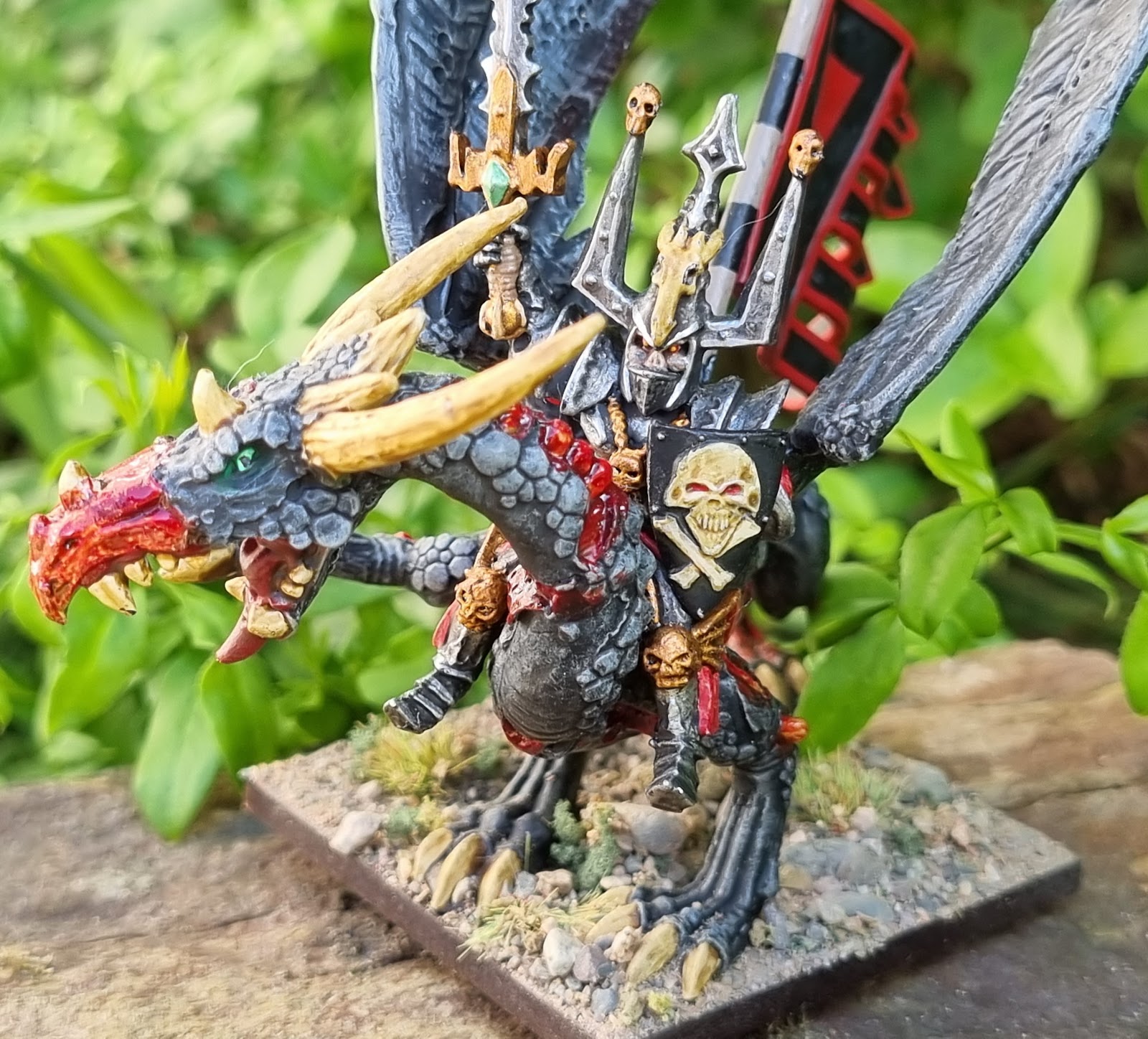 Painting was a combination of contrast, drybrushing, washes and slopping Blood for the Blood God technical paint all over the place.
I took more a bit care with the rider and actually went to the effort of edge highlighting his armour. Overall I'm really quite pleased how it's all come out.
The finishing touch was using some ancient Dark Elf transfers on the banner. I was delighted that they still worked but amused that they are just an outline and I had to paint the colour of the skulls on first and tidy up the edges afterwards. 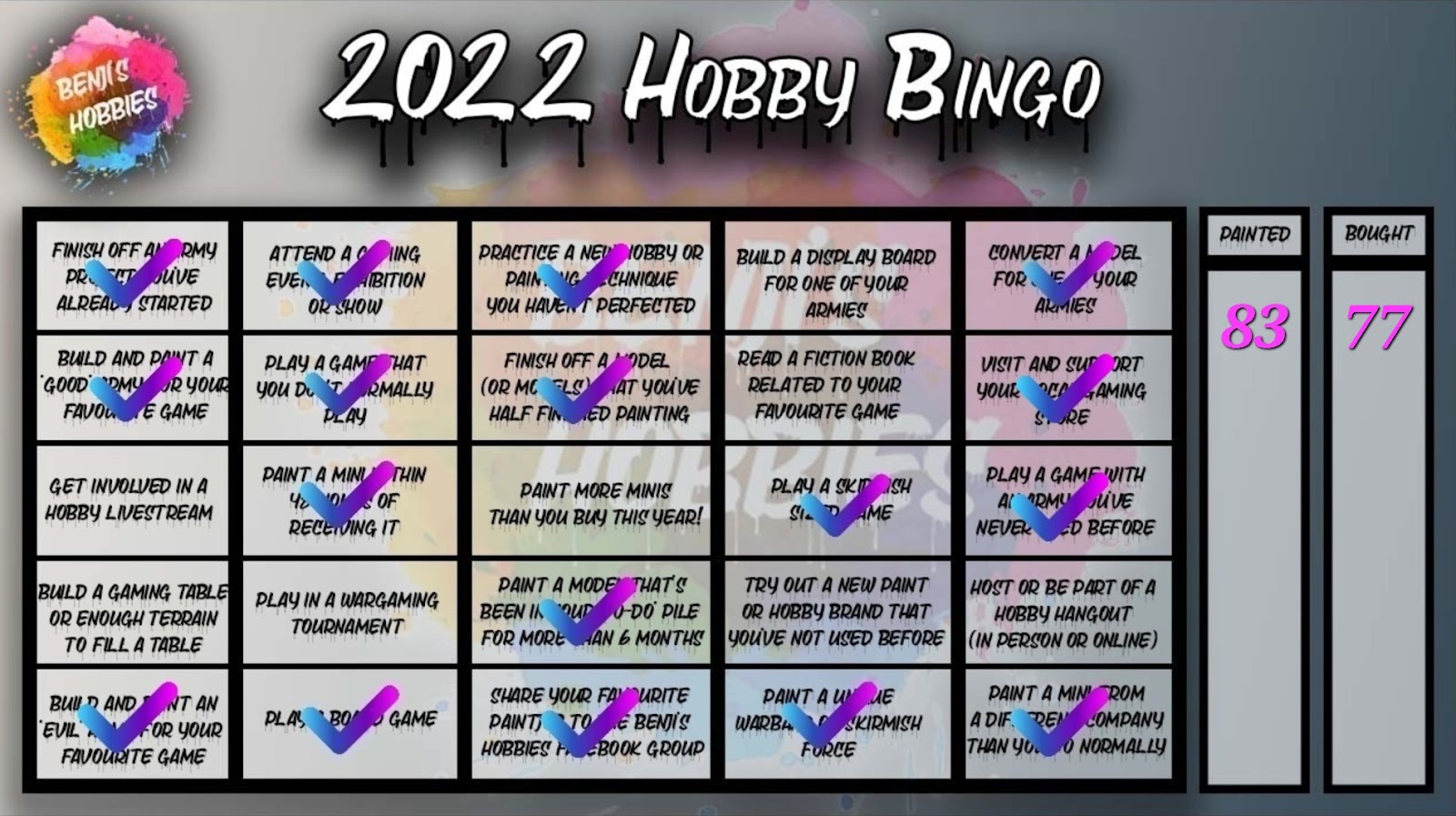 Despite being a chunky beast, which has the weight and sharp edges to actually be used as a weapon, this model still only counts as one.
However, in Hobby Bingo terms, I've crossed off another box as I've visited several FLGSs numerous times this year and I don't know why this box hasn't been crossed off previously.
Acquired: 77
Painted: 83
Posted by Kieron at 09:38