So it seems as if I'm in a bit of a superhero phase. Long time readers of the blog will know that I go through peaks an troughs of interest in certain projects, and currently I'm back with superheroes.
Therefore, I've decided to turn my attention to the few remaining Pulp City miniatures I had lying around assembled and undercoated: the Scarab Corps. 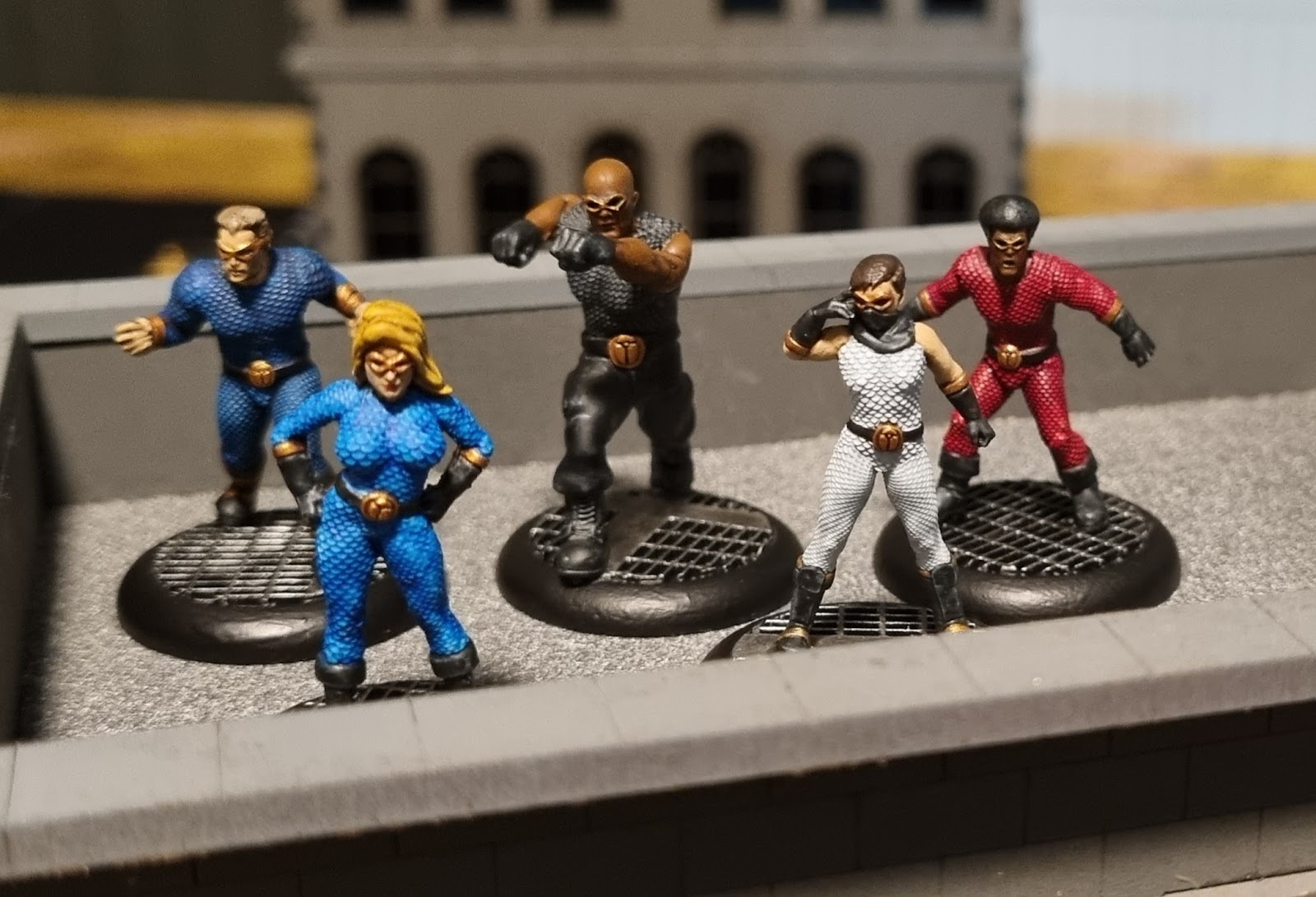 The Scarab Corps are a team of chromatically themed heroes (somewhat akin to the Power Rangers) from Kitbash Games' Supers Unlimited Kickstarter from a couple of years ago. They are quite versatile in who they join with, as they are not only all Freelancers, but they enable a team to access leader cards without needing to have a Leader supreme present.
In terms of painting, I did these quickly with contrast paints. The single colour theme for each model and the chain/scale mail suits they are wearing responded well to the contrast treatment. 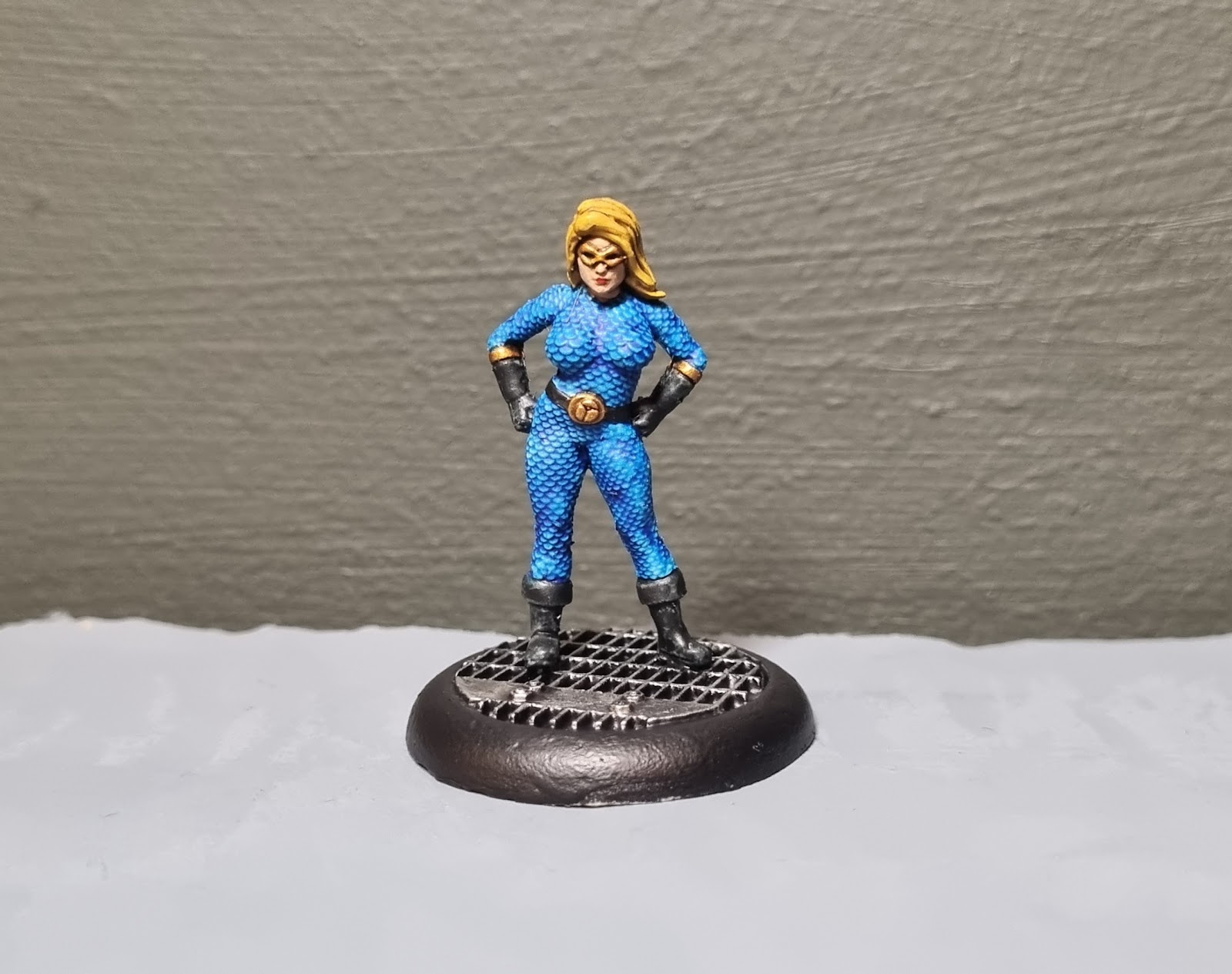 Blue Scarab was the first of the Scarabs to be designed, and was part of the initial Kickstarter campaign, with the others being added as a stretch goal add on later down the line. As such, she is the only level 2 supreme in the team, and her buxom nature belies the fact that she's actually a 'Tank' and by far the toughest of the bunch.
She was done with Talassar Blue over Grey Seer and served as an excellent test of this combination for some more Tzeentch Daemons I have in the pipeline. 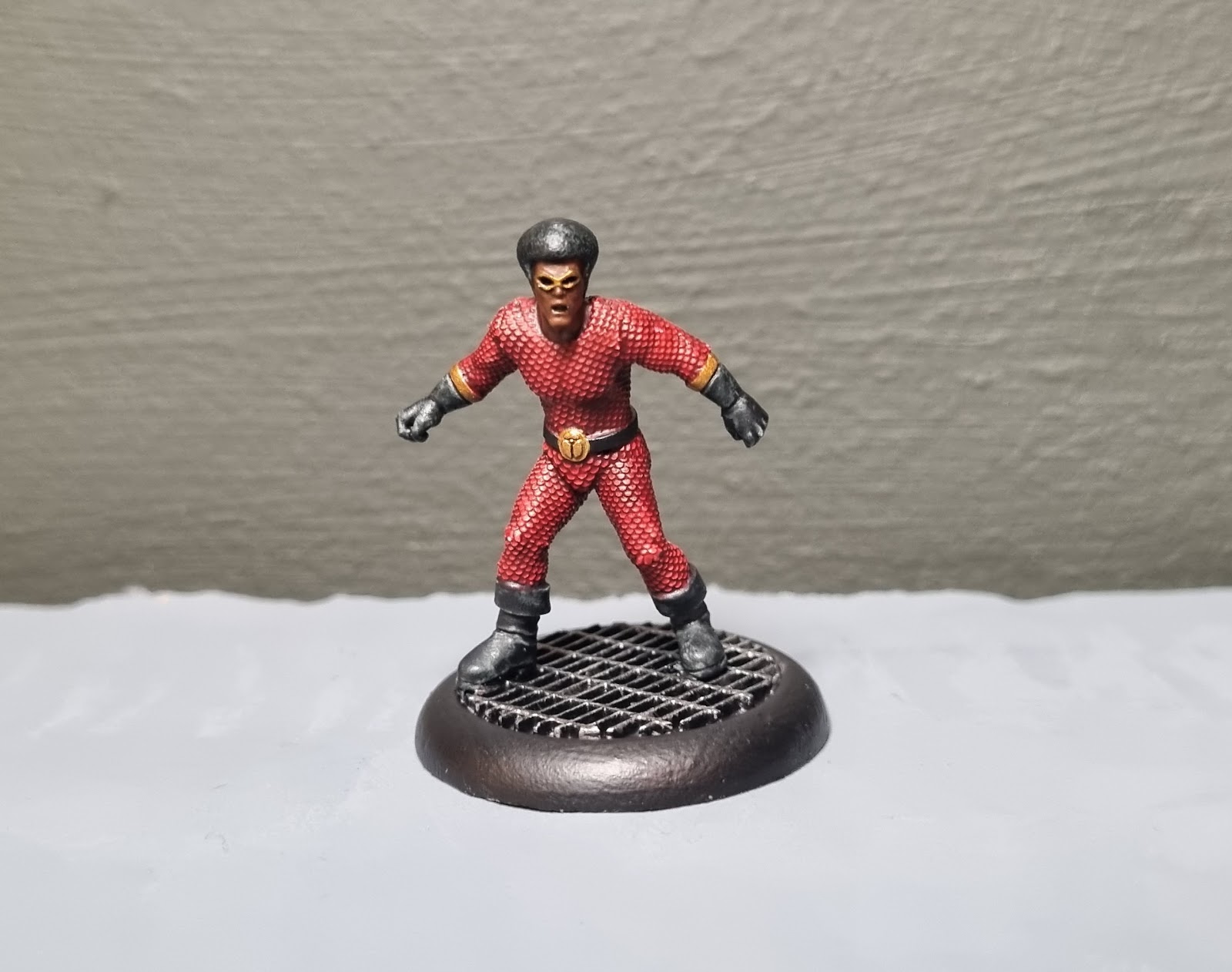 Red Scarab is a Speeder who I suspect is designed for achieving objectives or tagging targets rather than getting into the rough and tumble of the main fight. He's possibly my least favourite of the bunch as the pose and facial expression combine to make him look like he's been caught doing something embarrassing.
Red Scarab was painted with Flesh Tearer's Red over Grey Seer. 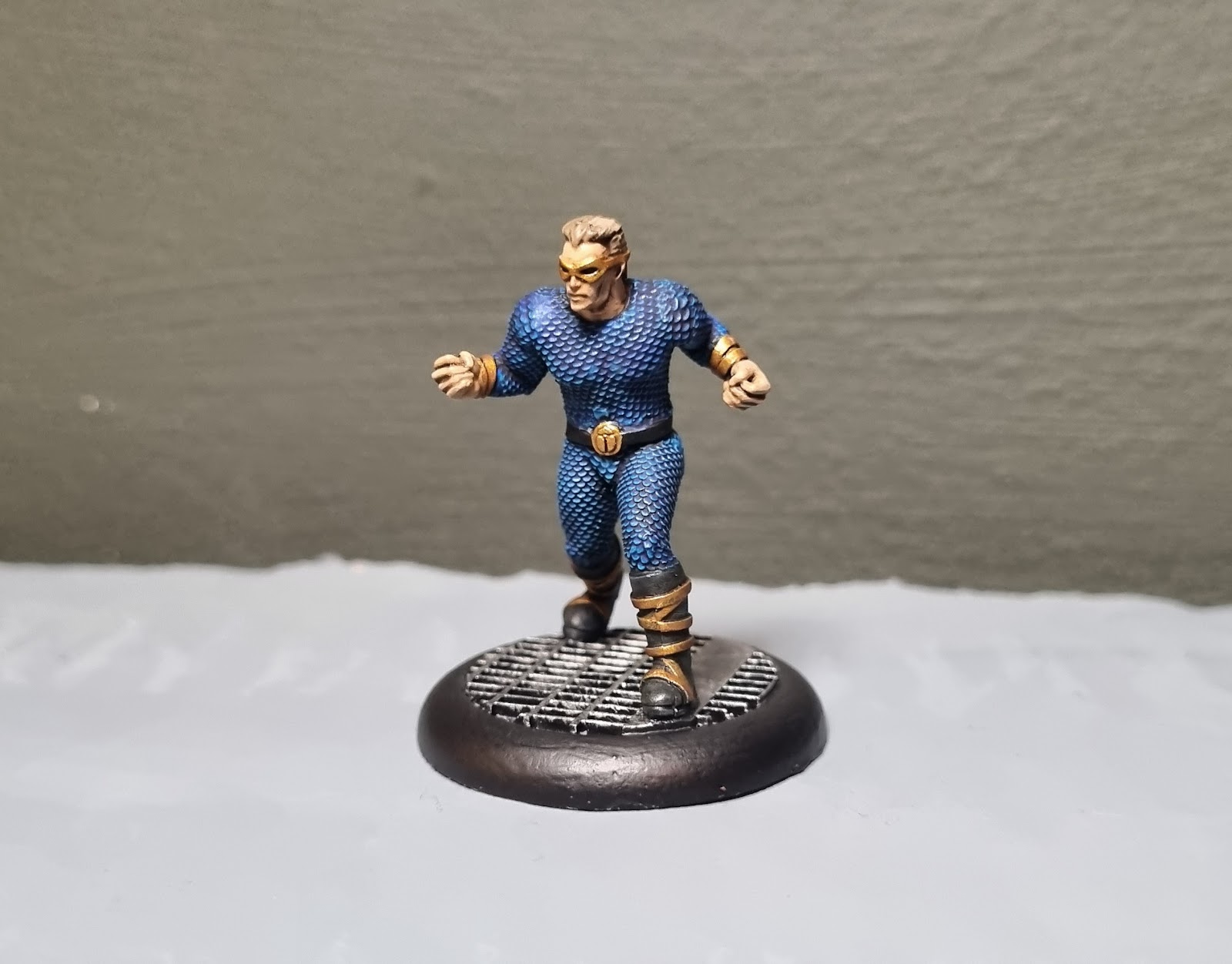 Although I like the design of Indigo Scarab, I find him problematic. Not only is there that debate over how purple or blue the colour indigo is (seriously, why wasn't he Green Scarab?), there's also the fact that he's a Brawler with only 5 hit points. I'm not sure he's going to be brawling with anybody for very long.
Indigo Scarab wasn't painted with contrast paints, he was done with a couple of coats of Drakenhof Nightshade wash over Grey Seer. 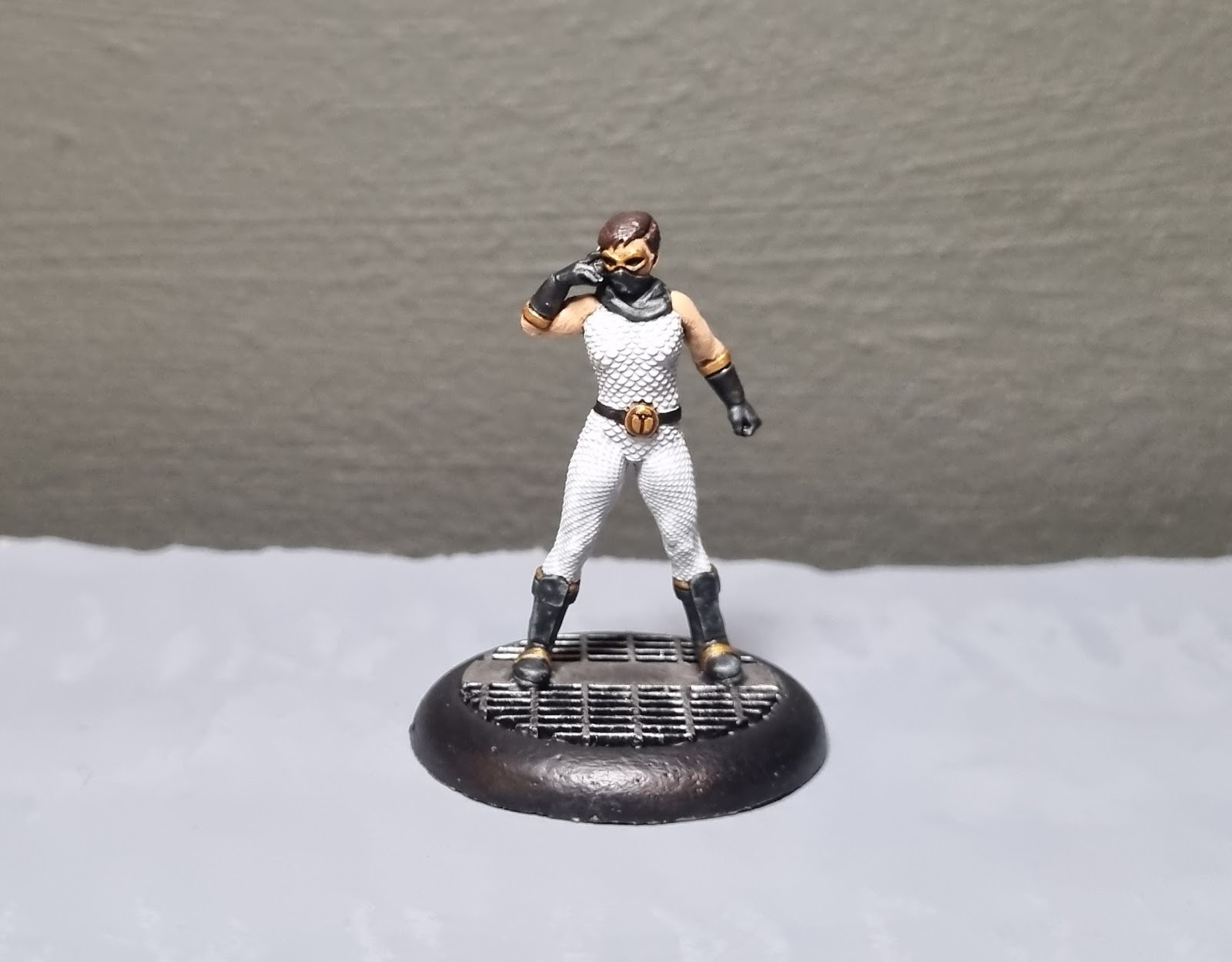 White Scarab seems incredibly fragile. She only has four hit points. However, as a Support supreme with psychic abilities she's actually unlikely to be put too much in harm's way...although I do suspect that harm may go out of its way to find her.
She was done with Apothecary White over White Scar and so it actually more of a Pale Grey Scarab than this photo suggests. 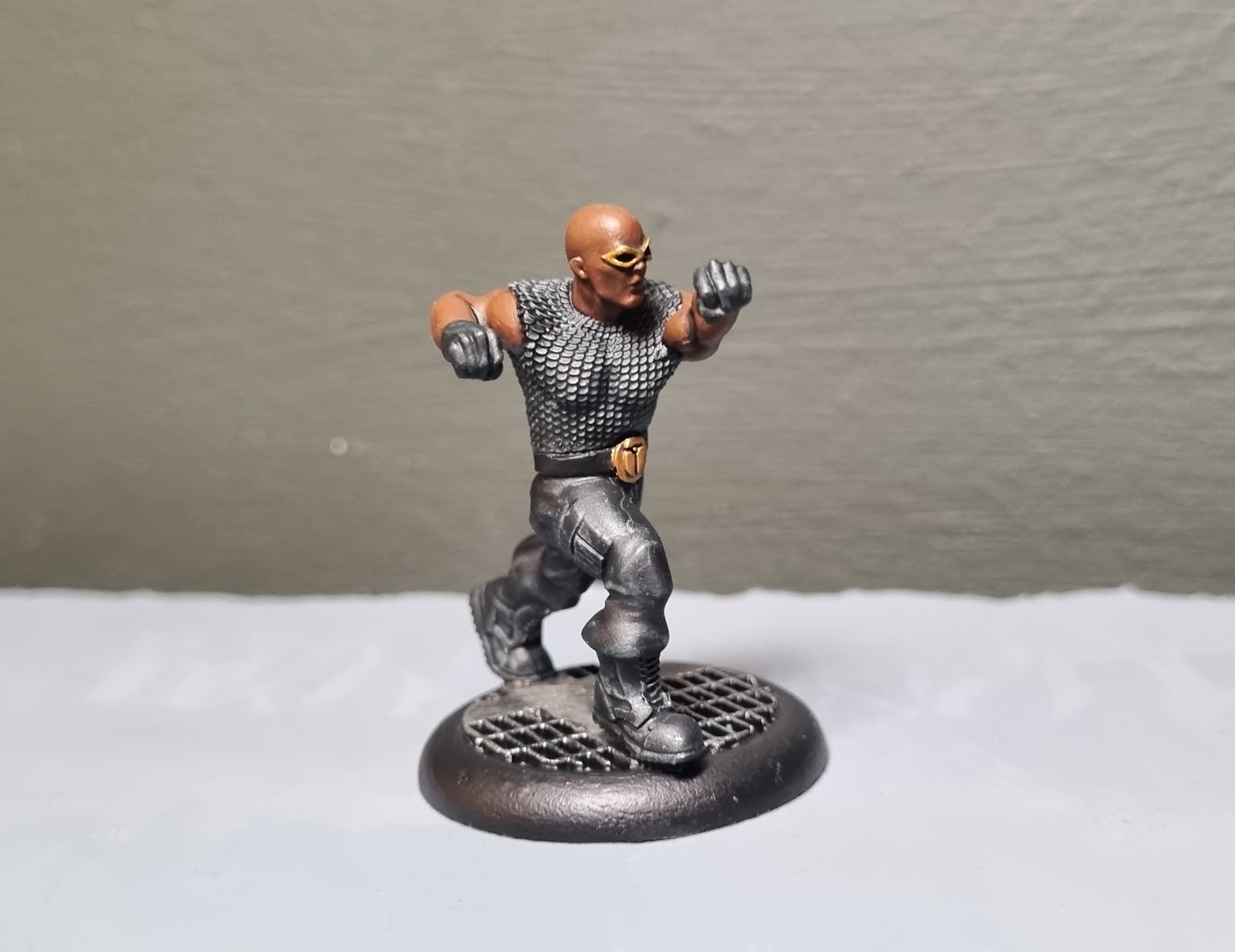 Finally, there is the Black Scarab (a little bit too on the nose there...) who is the team's 'Powerhouse'. Although I'm no expert in Pulp City, the Powerhouses are normally the big, hulking models that are designed as line breakers and intended to smash stuff. Black Scarab seems a touch small and low level for this roll, so I'll have to see how he does.
Unsurprisingly, Black Scarab was done almost entirely with Black Templar over Grey Seer. 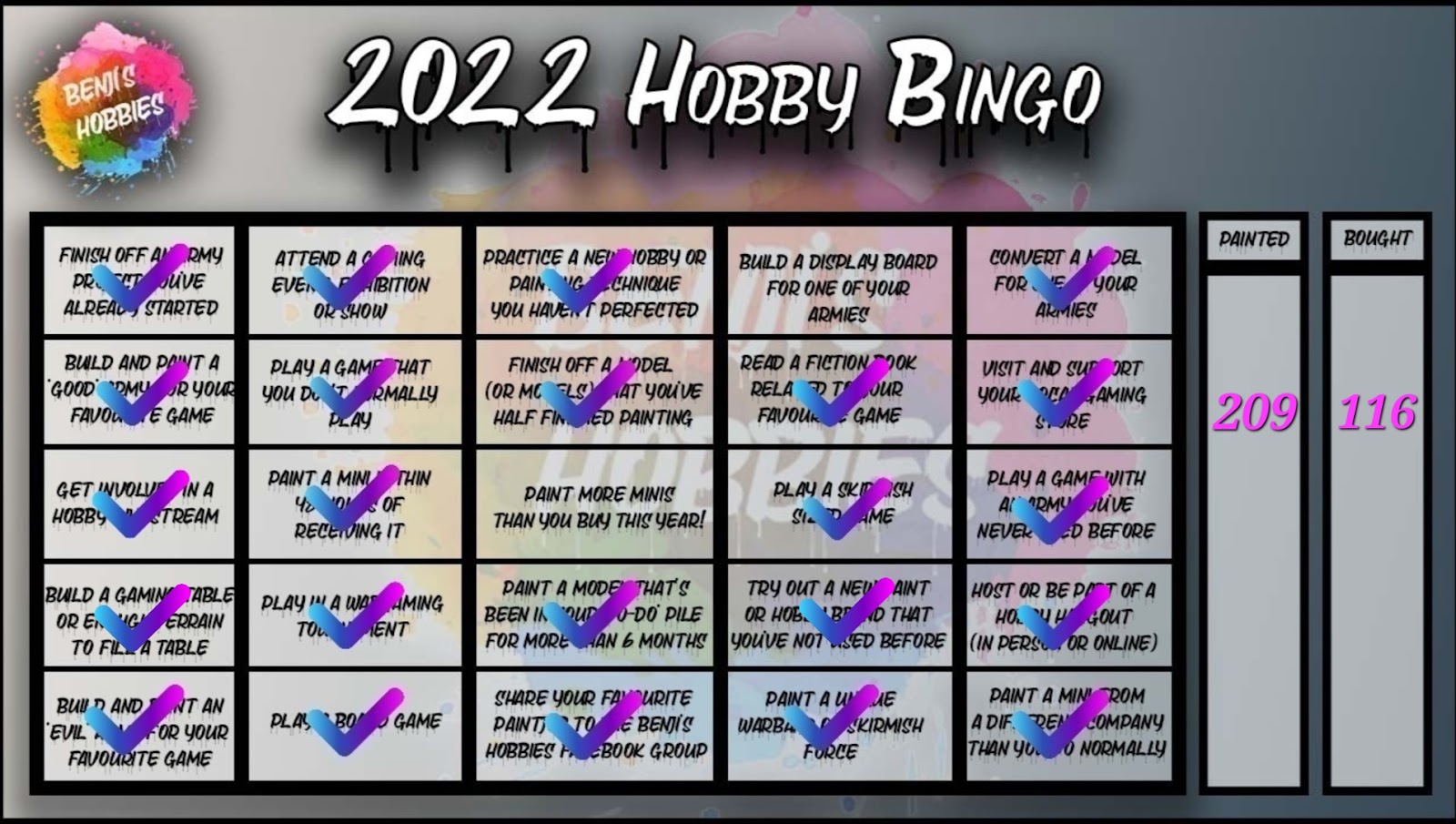 All in all I'm quite pleased with this crowd. Combined with the few heroes I've already painted (Doc Cosmos, Roughneck, Tox and Plasmatron) I can now field 13 levels of good guys to combat the rather terrifying array of villains that the Red Republik, Shadow Axis and A.R.C. can muster (yes, I know that the villainy of the A.R.C. is homo-sapien propaganda, but you get my drift).
I actually only have a single Pulp City miniature left to finish painting. I do have one coming from Kitbash's most recent Kickstarter last month, and I do have an inside track on something coming down the pipeline that I'm very excited about. Also, I took some steps towards arranging a game or two of Pulp City in the not too distant future.
Exciting times!
Acquired: 116
Painted: 209
Posted by Kieron at 14:14