The Trouble With Triples

So this weekend was the Sheffield Triples wargames show at the English Institute of Sport. I go to this event every year as it's local, and this year's purchases are: 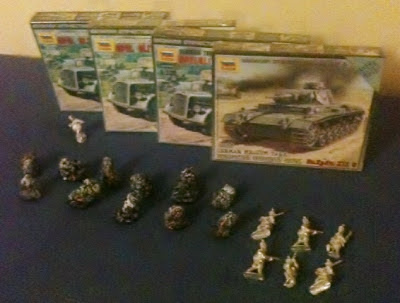 I'm certainly not unhappy with any of my purchases.

However, I returned from the show somewhat perturbed. Each year I'm finding Triples less and less inspiring. It's a feeling that seems to come from a range of sources:
It seems to me that Triples is just not as exciting as it used to be. It may just be me, but it feels that some of the quirky spark has disappeared. I'm going to go to a wider range of shows this year to see whether smaller shows still have the oddball quirkyness I remember.
Posted by Kieron at 14:44