Work continues on the Native Americans...slowly.

However, I have managed to get through another nine warriors, leaving just six bow-armed warriors, six villagers and two chiefs to get through before the end of the month. Oh, and the bases. 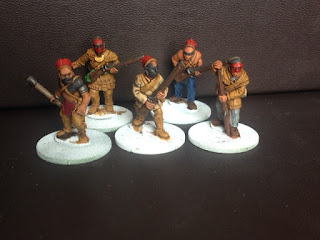 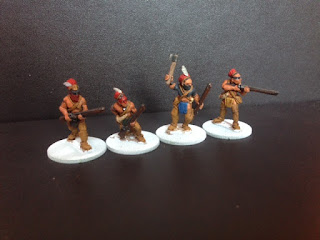 In other news, despite trying to gain some ground on my unpainted mountain, I've managed to gain 30 plastic Germans for a new Bolt Action army. I'm claiming immunity from spending a joker as they were free when I renewed my subscription to Wargames Illustrated. I'm planning to do a very small, elite force of Germans, which should play very differently to my Soviet horde. However, a couple of recent experiments with veteran Soviet have gone less than well, as the reduced number of units means that I've suffered from a lack of redundancy, and been more vulnerable to freak dice results. 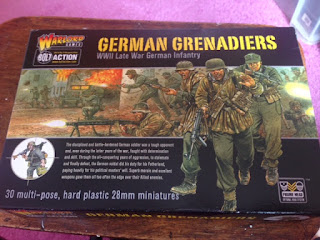 I've also received my copy of Frostgrave, a new fantasy skirmish game from Osprey. It only requires 10 models in a warband, and the fantasy theme means that I've already got plenty of usable models and don't have to buy or paint anything. I may eventually do some models specifically for the game, but barring two or three miniatures to add a bit of variety, I'm ready to play. 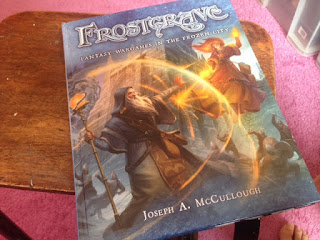 That's it for this week. Expect more Indians next week...
Posted by Kieron at 11:50