Another month, another target met. I'm doing quite well with all this.

This month I set myself the target painting all of the Woodland Indians I'd originally bought to play Musket & Tomahawks, but later got co-opted into my perpetually stalled War of 1812 project. 20 Warriors, 2 Chiefs and 5 Villagers stood in my way.

At the beginning of the year, when I began Operation Unthinkable, I'd mentally earmarked these miniatures as destined for eBay, but the timely intervention of Dave, from the Spider Web of History blog, inspired me to save the tribe from this ignominious fate and get them done.

To celebrate this feat, I decided to do a little photo shoot of the tribe launching an attack on a small group of settlers in their farmstead. The settlers are putting up a fight, but are hopelessly outnumbered and regretting their decision to not bother with any fences (I need to make some of them). Their fate looks sealed. 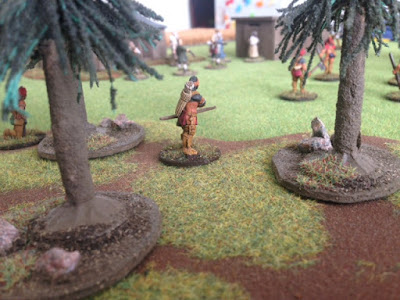 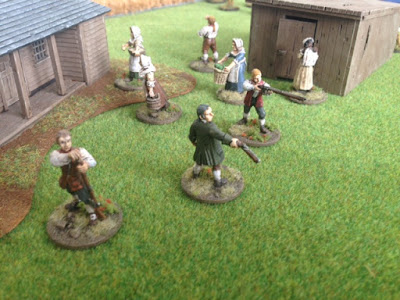 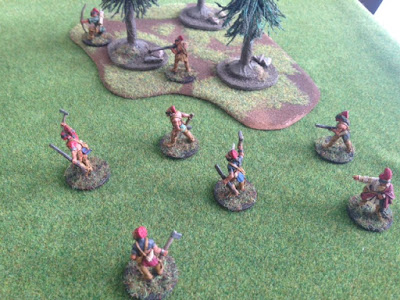 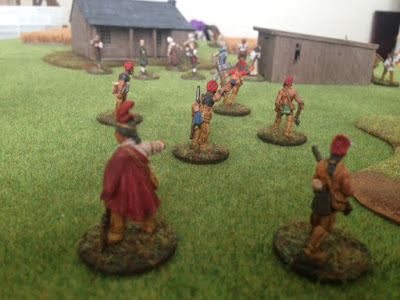 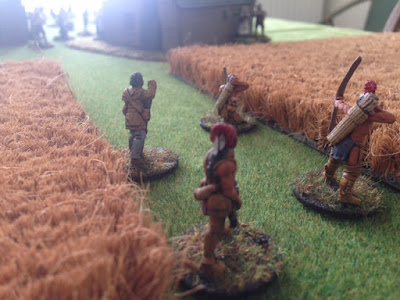 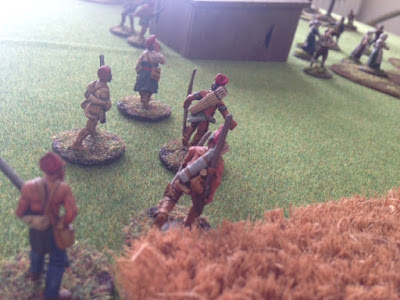 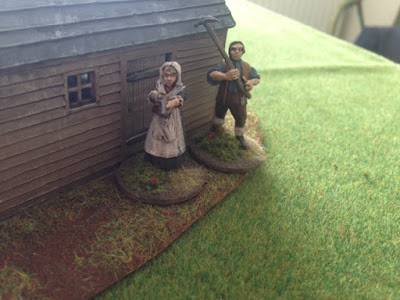 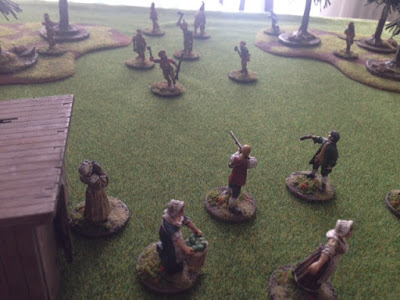 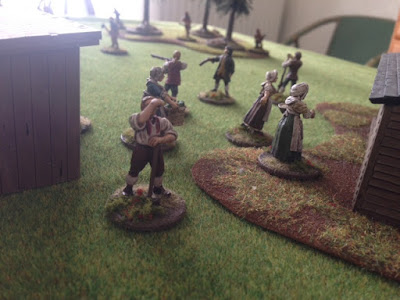 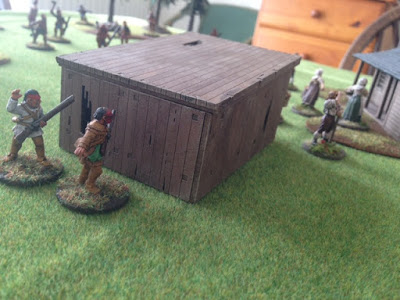 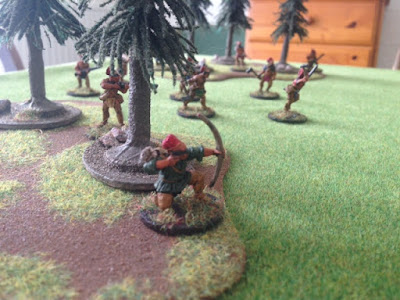 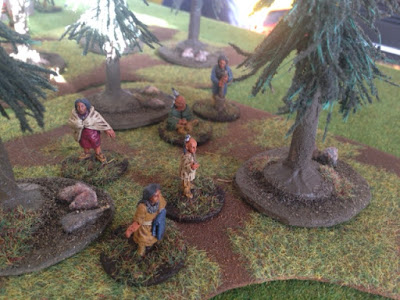 I'm quite pleased with what I've done, and along with my settlers, I clearly have the makings of a scenario. However, what I don't have is an opponent for Muskets & Tomahawks. Matt has said he'd give it a go, but that would require him to add to his massive total of seven British infantry, whic have so far taken him four years.

What's more likely is that later in the year, I'll set myself the goal of painting up my War of 1812 Americans and use them for a couple of games.

I'm guessing that this qualifies for another Joker from 6MMRPC, but I've no plans to spend yet.

August is hopefully going to be a big month. As I'm not at work, I'm going to take the opportunity to take a chunk out of my Batman backlog (hereafter to be known at 'the Batlog'), which should include at least a dozen models, three buildings and numerous other pieces of scenery. As ever with the Batman stuff, nothing is being got rid of if I don't get it all done, but if I succeed, I might be burning a few of my Jokers restocking.
Posted by Kieron at 13:17