Surely you remember the Wolf Bats? They were in two whole episodes of a cartoon series from thirty years ago. 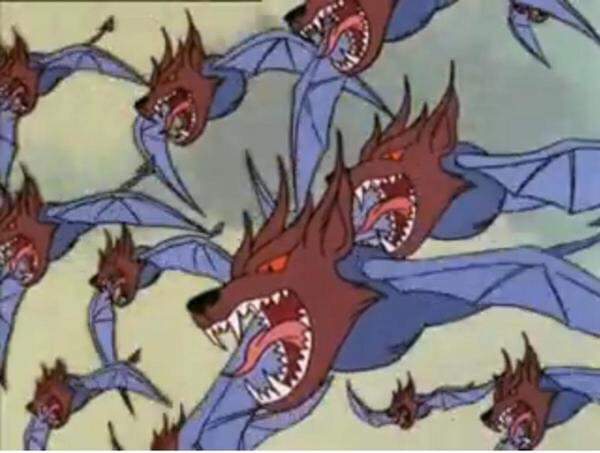 Yes. They do look stupid.

Anyway, in my hunt for more Miniatures for this project (before the post arrived), I started hunting through my to see what I could use. I stumbled on the pieces that could possibly make a minor villain called Count Marzo, however in researching the Count I came across one of the only two episodes which feature the Wolf Bats.

One thing my bits box is not short of, as an ex-WFB Vampire Counts player, is bats. And as it happens, I also had three Copplestone Huskies that I bought for use as Mine Dogs in my Soviet Bolt Action army before I was bought some of the official models.

I spotted an opportunity.

So, after a good chunk of beheading and drilling I was able to construct a base of Wolf Bats for use in my Masters of the Universe games. 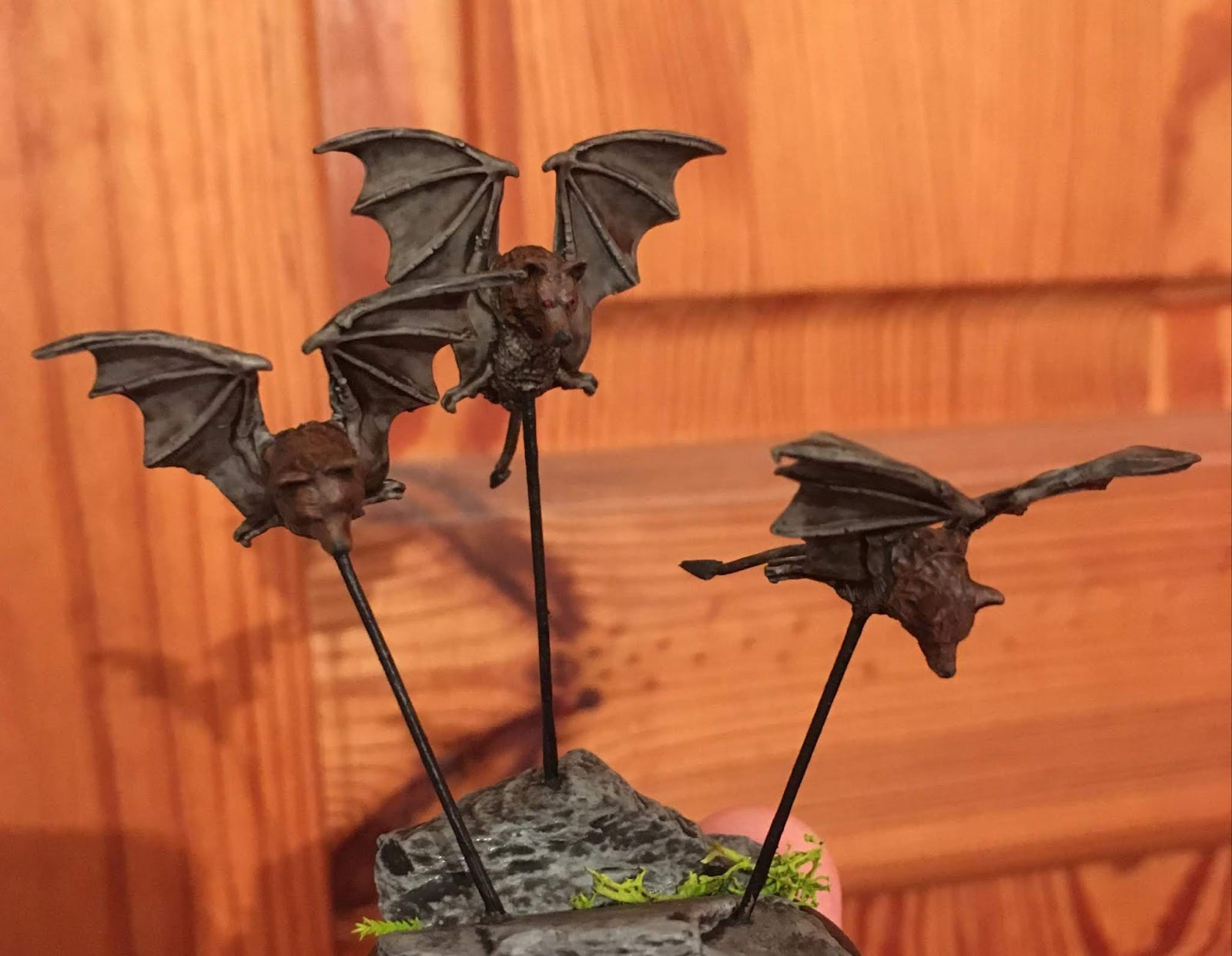 In terms of painting, I’ve gone for a somewhat slapdash (even for me) approach of simple base colours and washes. These are never going to be the centrepiece of a game.

I did toy with basing them individually, but in both of their appearances in the cartoon they don’t really operate alone. Also, I think they look better as a flock.

You’ll notice I used the word flock instead of swarm. Firstly, there’s only three of them, and frankly calling that a flock is a stretch, let alone a swarm. Also, in 7TV a swarm is a specific trait which in my view would make these chaps far too powerful in game terms.

In terms of rules I’ve actually created a trait called Flock for the Wolf Bats, which incorporates the Large and Small traits together so their impact on enemy attacks cancel each other out and the Wolf Bats simply have an extra health point. 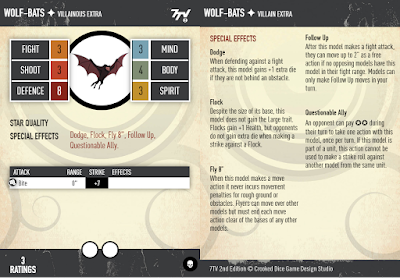 For a profile I’ve used the Mothman from the Paranormal Exterminators deck and added the Questionable Ally trait because at the end of the other episode featuring them, the Wolf Bats turn on Skeletor, so allowing that to happen seems appropriate. 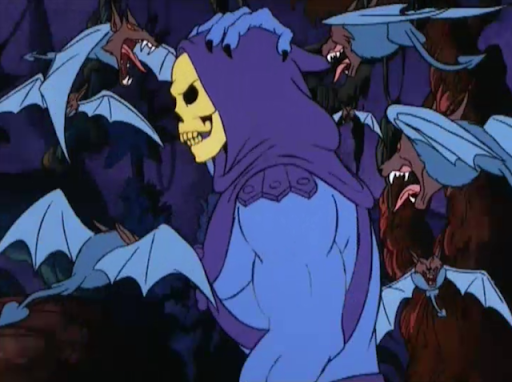