I’ve decided that I need some painting motivation, and so I’ve figured out that if I play the remaining Days Gone Bye scenarios, I will need to do some painting before starting on the Miles Behind Us expansion.

This time I was joined by my daughter, who took control of Glenn, and we engaged in a tense mission on the streets of Atlanta.

Rick and Glenn decide to brave Atlanta once more, and head into the city limits to find vital supplies. Covering themselves in gore from downed Walkers, they try to sneak through the heart of infested territory. 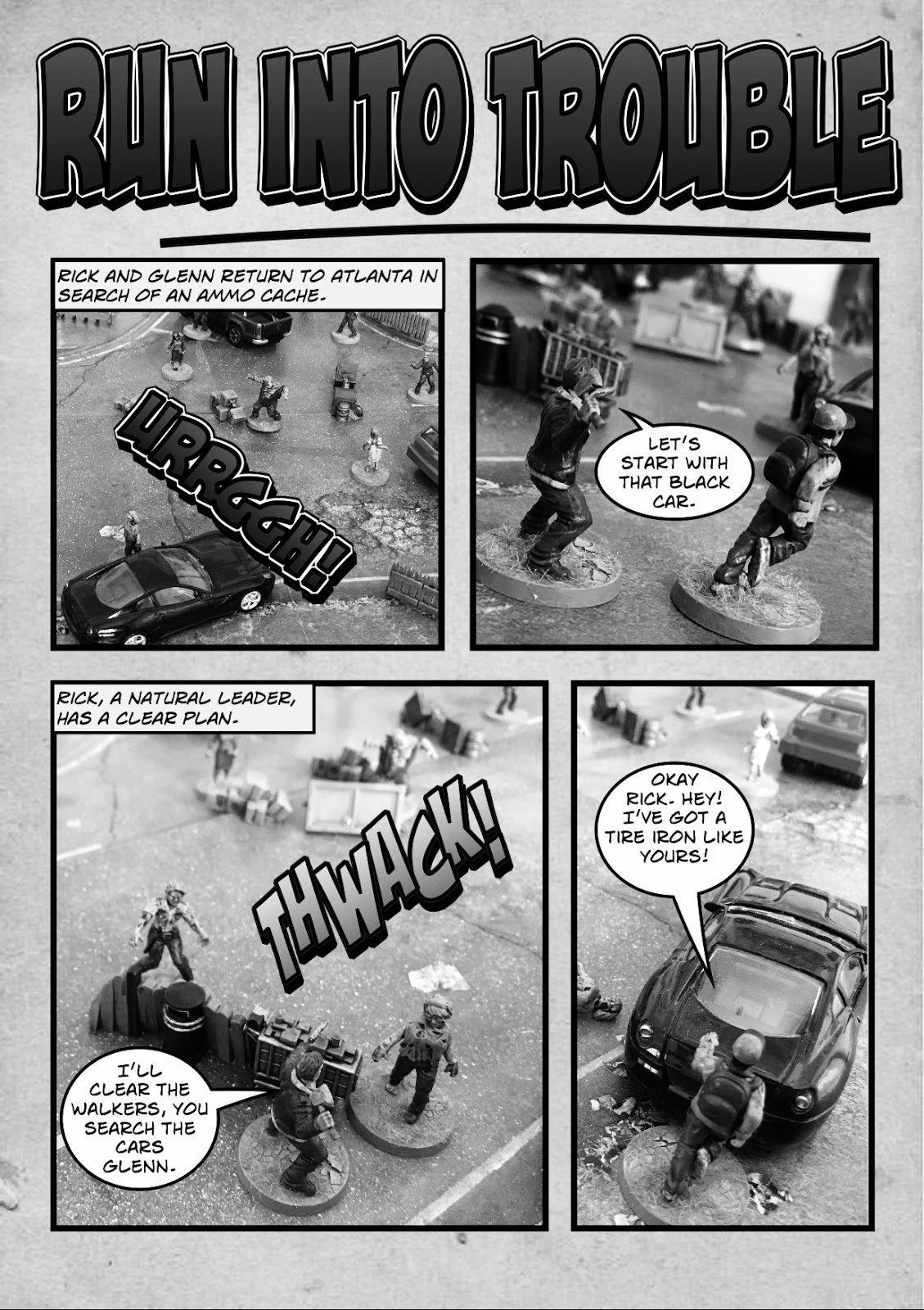 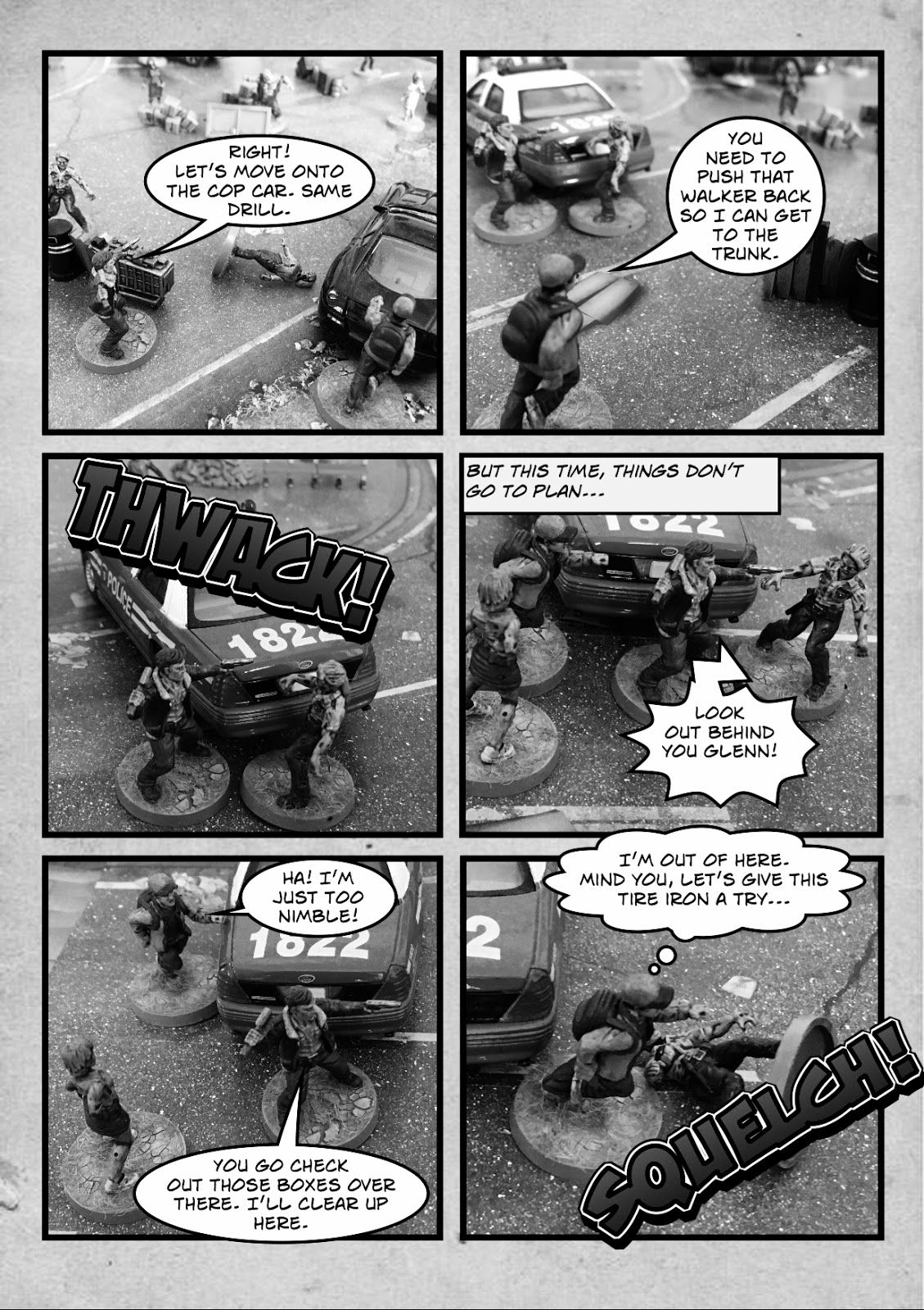 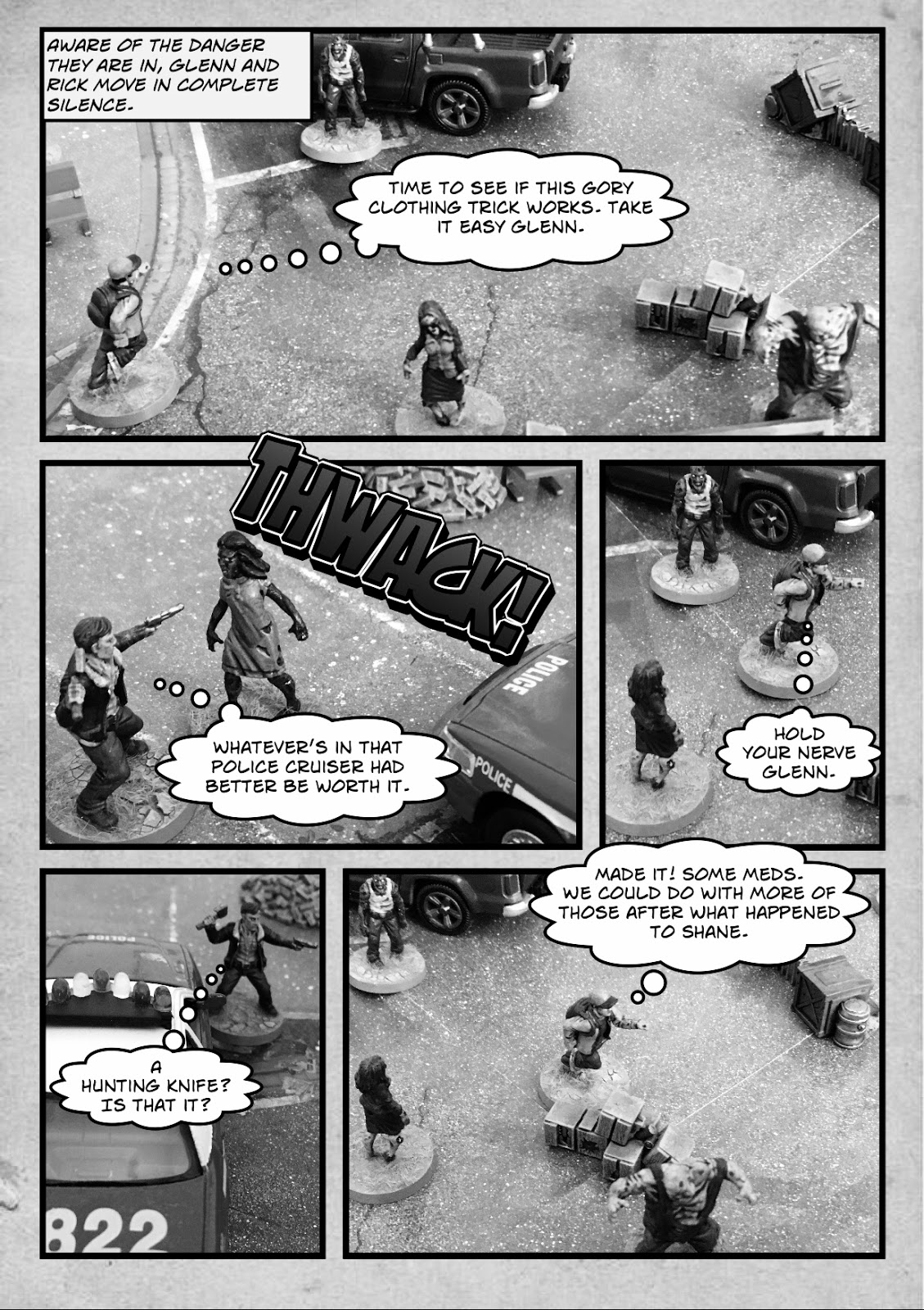 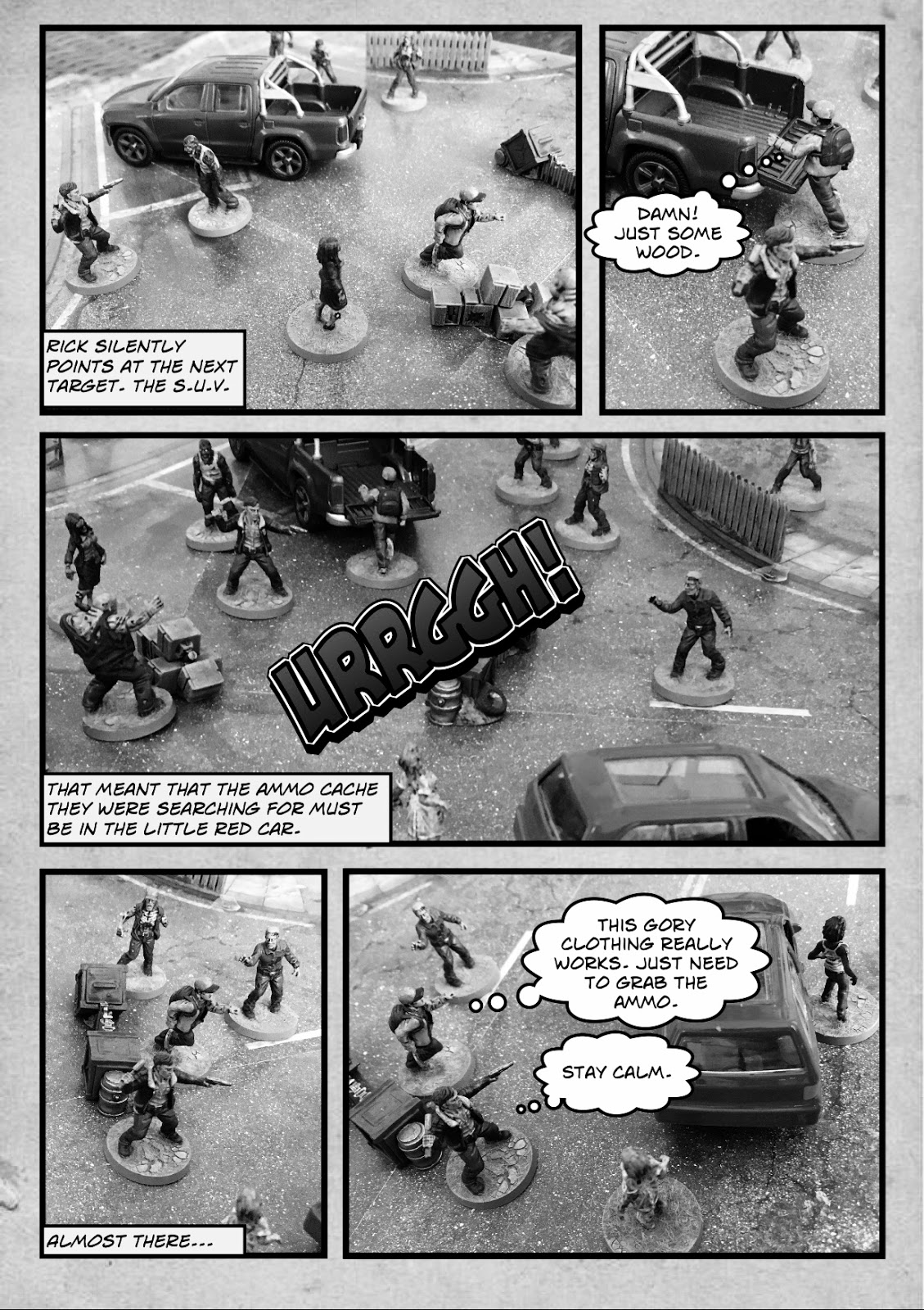 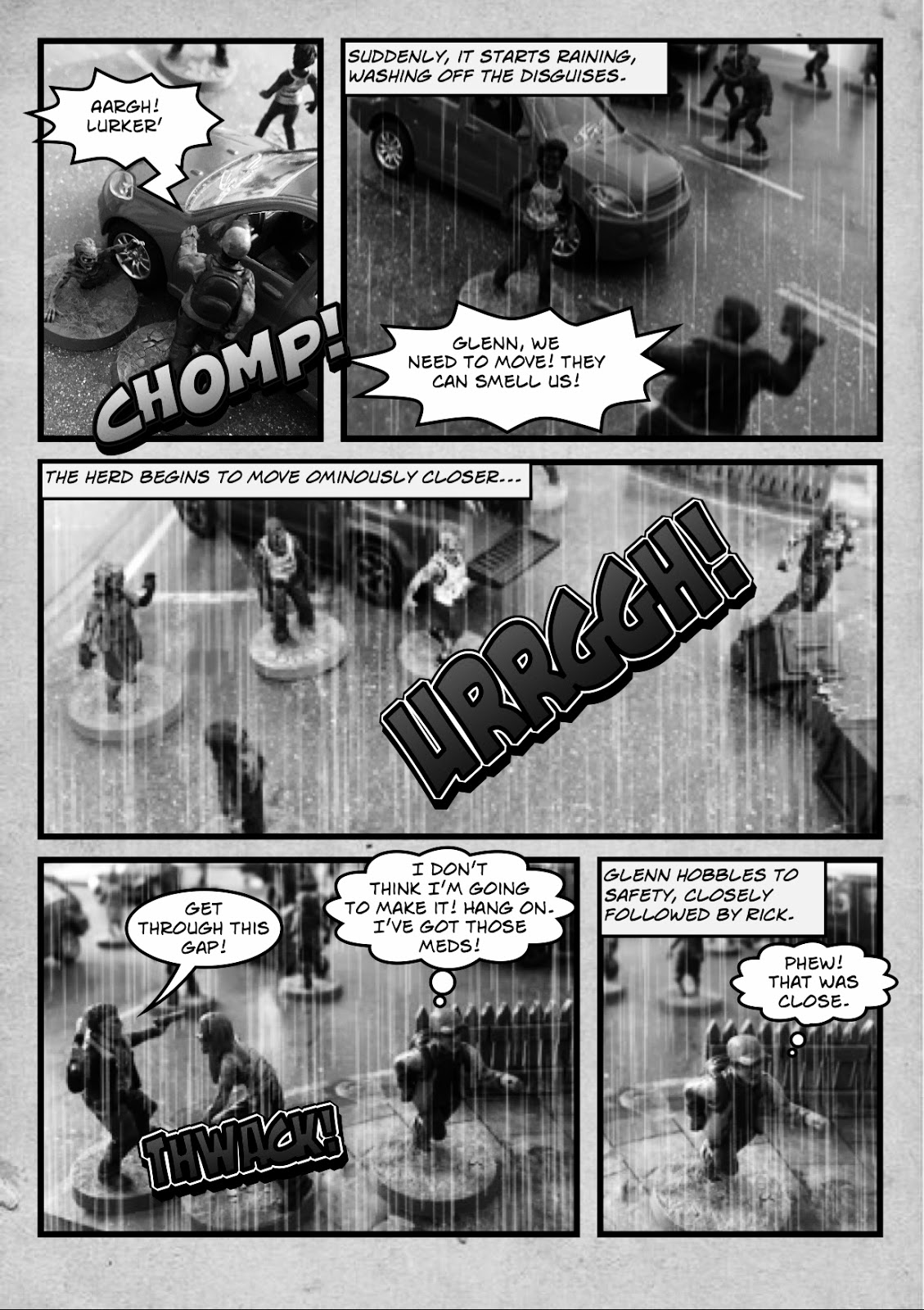 After a very calm start, the end was extremely tense. My daughter actually shrieked when the lurker supply card was drawn. For the second game on a row, I’ve been a single turn away from a significant character death saved only by the fortuitous use of some found meds.

The next game is a big one, and for the first time I’ll actually have the chance to save the lives of some characters, rather than just get them killed.
Posted by Kieron at 10:06